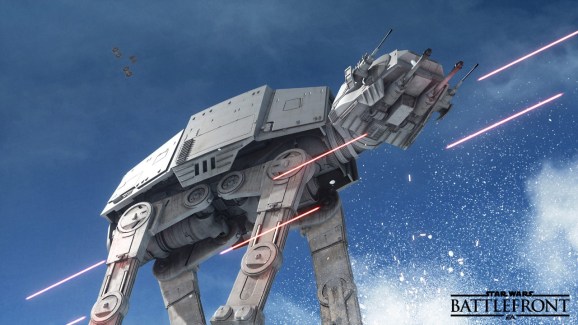 The Star Wars: Battlefront beta arrived with fanfare on Thursday and gamers are collectively grubbing up the 8GB download. Fans that have made up their mind on the latest Star Wars title (because the beta was exactly what you expected) can scoop up some savings along with preorder bonus this weekend, courtesy of digital and big box retailers.

Without further ado, here are the current Star Wars: Battlefront preorder deals as of writing:

GCU members gets an additional 20% off.

If you’re new to preordering digital PC games, the process is rather simple. After making your purchase at GMG, you’ll receive an Origin product code for Star Wars: Battlefront a few days before release date. This is essentially the pre-load phase of a digital game. During this time you’ll be able to download the game in prepare for its November 11th launch. You can find step-by-step directions here.

The beta period ends tomorrow, so if you didn’t get a chance to give the game a spin yet, check out the demo here. The PC deal above from GMG has been stable at 23% off for the past couple of weeks, and although the coupon will expire on 11AM ET October 13th, we’re fairly confident they’ll extend the deal through the rest of the week (don’t be surprise if it expires completely though!).