One of the worst things that a virtual reality game can do is ignore you.

Facebook’s Oculus VR repeatedly touts the importance of having a sense of presence, which means tricking your brain into thinking you’re actually in another world when you put on a VR headset like the Oculus Rift. But when you’re staring that close to a screen, it doesn’t take much to break the illusion. Even if games are running perfectly with no technical issues, developers need to be mindful of design choices that can make the player feel unwanted in the virtual world.

That was one of my takeaways after spending three days at the recent Oculus Connect conference playing all sorts of VR games. As much as I loved being a professional athlete and shooting bad guys in a train station, I also realized how fragile presence can be. I got so used to VR games acknowledging my existence that when I ran into games that didn’t do that, it felt strange. It made me question why they were in VR in the first place.

Above: Finn and Jake are curious about you in the Adventure Time game for Gear VR.

Show me why I’m here

Some games directly address this dilemma, like in Adventure Time: Magic Man’s Head Games for Samsung’s Gear VR. It starts with heroes Finn and Jake asking who you are and why you’re there with them. They establish eye contact when they talk to you. The titular Magic Man then shows up and transforms you into a giant before leaving, thus kicking off Finn’s and Jake’s quest to help you return to normal. You’re basically the third protagonist in the story.

When games like Adventure Time use that first-person perspective, you implicitly understand who you are. It’s perhaps the easiest way to make the player feel like they’re part of the virtual world. It also works in VR films, like in the animated short Henry from Oculus Story Studio. Henry is about a lonely hedgehog with a big problem: He loves to hug people, but because of his sharp spines, no one wants to hug him back.

When I strapped on the Rift, I entered Henry’s humble abode on the day of his birthday. It was as if I was a silent roommate that’d been living there all along.

When Henry came out of the kitchen, he looked at me with big, glassy eyes. He made himself a cake, and he was clearly proud of his work. After blowing out the candles, a bunch of balloon animals magically came to life during a Disney-esque dancing sequence. Henry was so happy that he immediately hugged one of them — and it popped. He was on the verge of tears. I felt a tinge of sadness as he looked at me again at that moment, as if I would have any answers to his problem.

That scene is effective because Henry knew I was there. I think having that personal connection is important for VR games as well. And that’s why I was disappointed in games where I was really nothing more than a camera. That seems to defeat the purpose of VR: How can you feel like you’re in the virtual world when games don’t bother to include you? 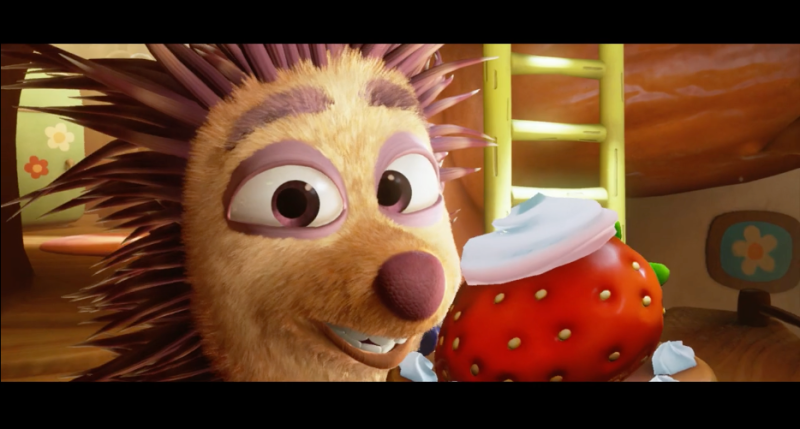 Above: Henry loves his cake.

I want to be more than just a cameraman

The demo for Insomniac Games’s Edge of Nowhere is what kicked off this train of thought in the first place. It’s a third-person action game about finding a missing crew of explorers in Antarctica. It has sort of a supernatural twist: I ran into a horde of monsters, including a towering beast that lumbered over the ice as I escaped a crumbling cave.

It was thrilling, especially when I stared down at a deep chasm filled with dozens of bug-like creatures. But as cool as it looked, I didn’t feel like I belonged in that world.

I was simply a camera floating behind Victor, its main character. When I made him walk toward the camera — toward me — any sense of presence I might’ve had shattered. He didn’t do anything to indicate that he knew I was there. From that point on, Edge of Nowhere felt like any other third-person game. I didn’t see anything that justified its use of VR.

Of course, the demo was a tiny slice of the actual game, so it’d be unfair to dismiss Edge of Nowhere solely based on that experience. But I just couldn’t stop thinking about that disconnection between myself as a player and the character I was controlling. I wasn’t sure how to articulate it at first; I had never come across something like that before in a game. So I brought it up to almost all of the developers I met with throughout the conference.

One of the guys from the U.K-based studio Coatsink came up with a perfect analogy for my experience by using a Super Mario character: Lakitu. 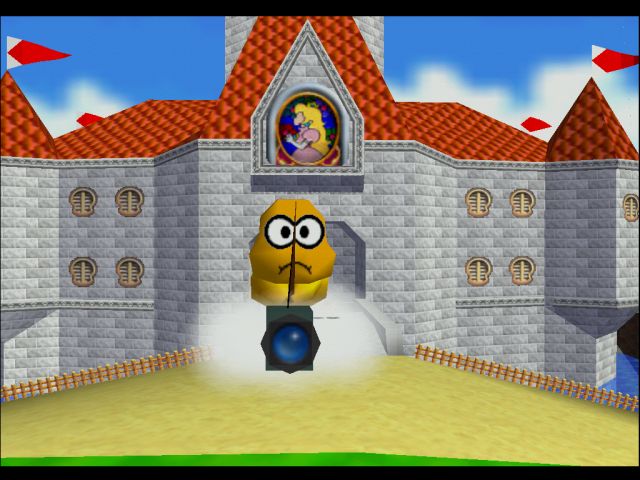 Above: Lakitu in Super Mario 64

Lakitu appears in multiple Mario games as a Koopa Troopa who flies around on a cloud. Sometimes, like in Super Mario 64, he’s the cameraman that films Nintendo’s famous plumber, personifying what is now a typical feature in games today: an adjustable camera. But Lakitu is occasionally seen by the player and has a place in the Mario universe. He has a purpose, however silly it might be.

In Edge of Nowhere, I felt aimless. I was just some invisible cameraman who could only look, but not interact with, Victor’s world.

Another third-person game I tried was Gunfire Games’s Chronos. It also uses you as a camera, but in a different “fly-on-the-wall” approach. You’re in a fixed position on a wall, and you can freely look around with the Rift. The only time your position changes is when Chronos’s sword-wielding hero moves to another room. If he stands still for a second or two, he’ll look up at you. It was a subtle touch, but it did a lot to help me feel like I was on this adventure with him, and not just a passive bystander.

“Fiction-wise, you are a camera in space,” explained Gunfire senior game designer Richard Vorodi. “But we think of what you’re looking at and what you’re doing as very integral [to the gameplay]. … We feel that we can make you an active participant as well because you need to be responsible for what’s going on in the scene in order to get this guy out of there — even though you are him.” 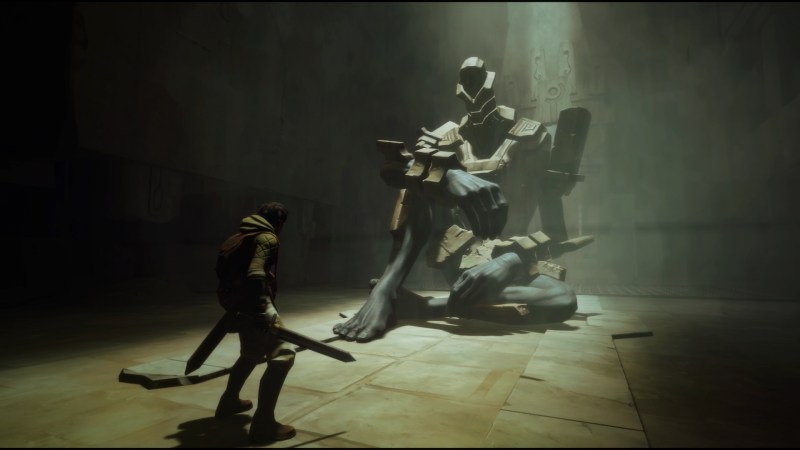 Above: Chronos is one of the Oculus Rift launch games.

Lucky’s Tale, a colorful VR platformer from Playful, does something similar: Lucky the Fox will wave at you and wiggle his nose. When I spoke to Playful cofounder Paul Bettner at the 2014 Electronic Entertainment Expo trade show, he said that “VR always makes you feel like you.” Now I know what he meant.

Is it reasonable to ask everyone making a VR game to include the player as a specific character? No. The VR industry is still young, and developers are in the process of figuring what types of games, features, and stories work in this new medium. And everyone will have different answers.

I just hope more VR games actually welcome me and make me feel like I have a role to play.