I just went to Fiji.

No, not literally. I took a mini vacation in Google Street View. I was able to look around 360 degrees in a bunch of places using the OnePlus Cardboard virtual reality (VR) headset, based on the Google Cardboard VR system. Google announced full Cardboard support for the Google Street View app on iOS and Android earlier today, and now I want to do nothing other than look at more Street View scenes with Cardboard. It’s just so interesting and immersive — the screen really is a couple of inches away from your eyeballs, so you notice a lot more detail than you do when you’re using Google Street View on desktop or on mobile.

My favorite part is clicking the button on the top of the headset and moving a few feet forward. Do this again and again — it takes one or two seconds for a new 360-degree image to reload, just as there’s a delay when you do this on desktop — and it feels like you’re riding on a tour bus in slow motion. It’s just great and addictive and I have to stop writing now because I’m going to do it again. 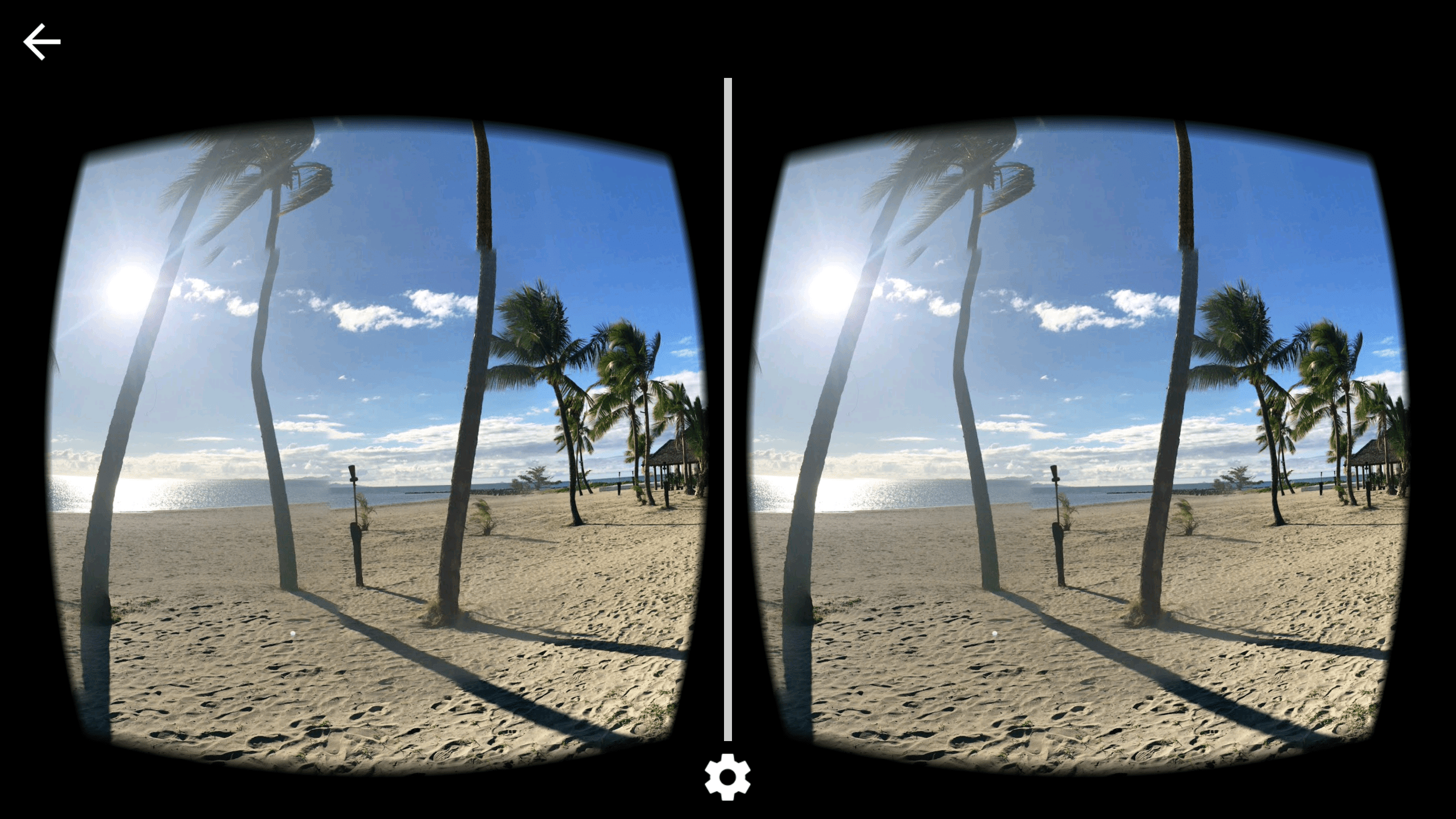 Above: Somewhere in Fiji.

I just did it in my hometown and I almost started tearing up — it was that nostalgic. I visited my high school. I visited my office. I visited my house. I went to the Hoover Dam. I went down a mountain at a freaking ski area in Oregon. 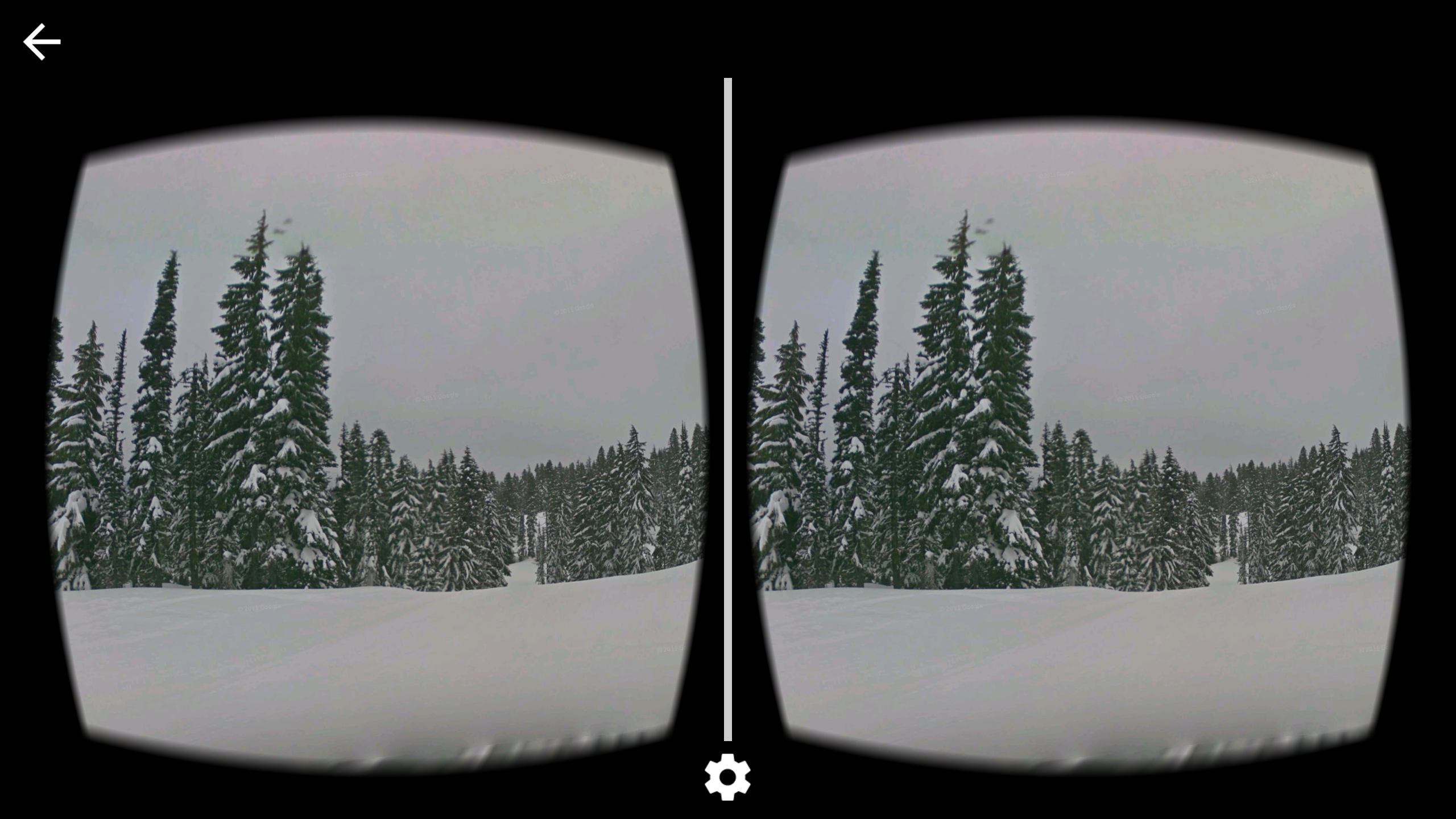 Above: Mt. Hood in Oregon.

It was so great to revisit my favorite pizza place in college. I am salivating right now. Above: This is Shakespeare’s Pizza in Columbia, Missouri.

There is so much to see in this app because Google has been collecting data on its own and through end users for so many years. It’s limited by what you can think of to search for. And that’s impressive. Above: The Hoover f@&king Dam.

Not that the Street View with Cardboard is perfect. There are a few things I can think of that could make the experience more fun and shareable.

It’s not very easy to jump from one VR Street View scene to the next. You need to remove your phone from the headset, then tap the back arrow at the top left corner of the screen. From there, you can swipe to the left or the right to find other street views of nearby locations, and you can hit the back arrow again to explore the surrounding area for additional street views. You can also type a place name into the search bar. It would be really great if Google could introduce a way to switch street view scenes (and maybe even search) while you’ve wearing a Cardboard headset. Perhaps speech recognition could provide a simple interface for this.

It would also be nice if the app could give you a deep link for an exact view of a Street View scene right from Cardboard headset mode.

When you see something that someone you know just has to see, it would be so cool if you could just hit a button to send them a message allowing them to look at the same scene. From there, maybe you could take someone (or multiple people) along for the ride, and have them stay coordinated with you while they’re using Cardboard at the same time you are. Google has figured out a way to keep students and teachers in sync with Cardboard. That same capability could be awesome for non-students as well.

A button for snapping a screenshot would be welcome, too.

Sometimes photo spheres that show up in the Street View app don’t look perfect. I guess that’s the downside of having some user-generated content — it won’t always be perfect. 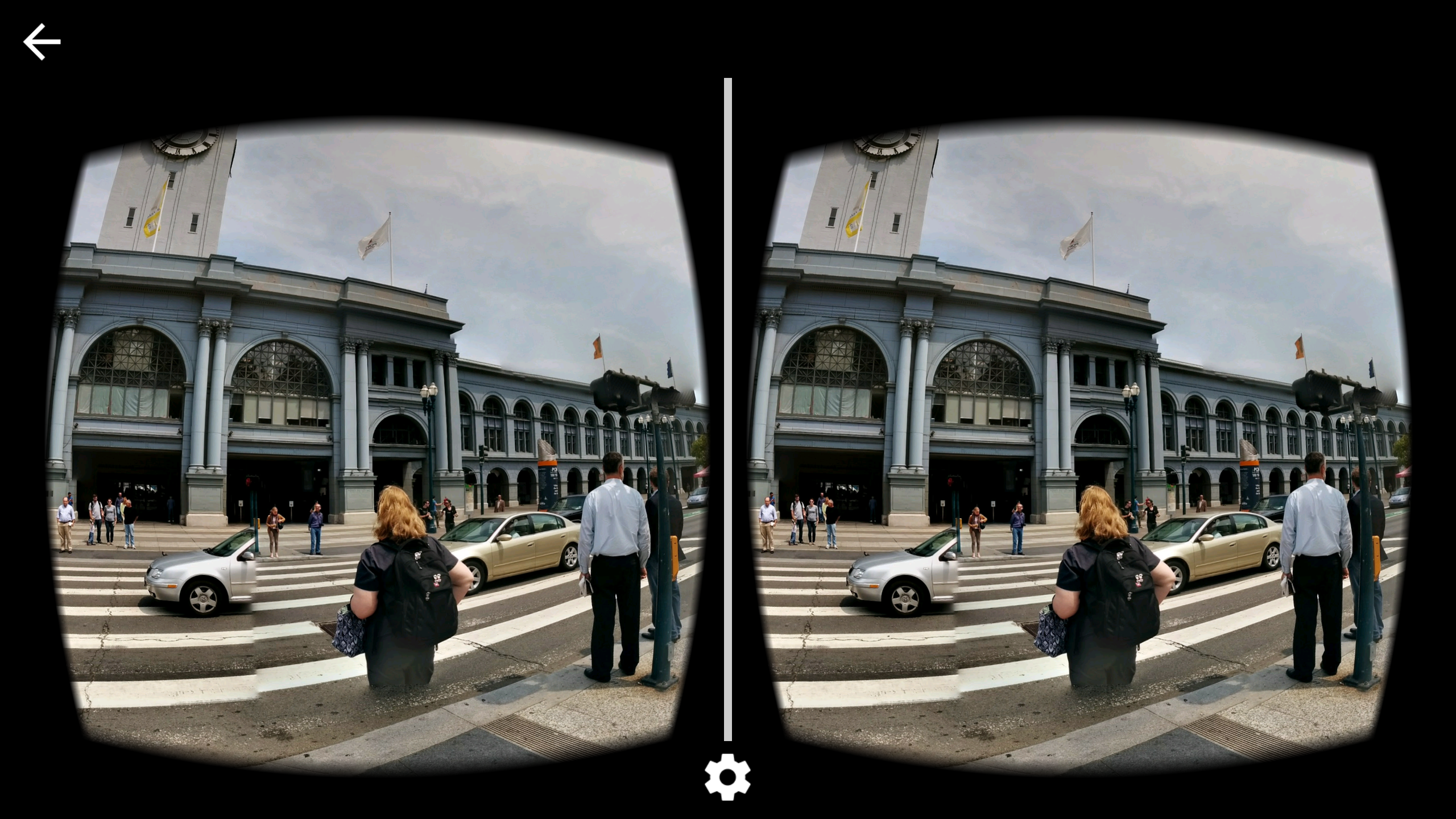 Above: Look at the person with the black backpack and the silver car.

But some imaging from a place that a Google Street View car can’t capture perfectly is, without question, better than none at all.

Just as on desktop and mobile, people’s faces and license plates on vehicles are blurred out when you use Street View on Cardboard. You notice it more here.

Despite its flaws, though, this app reminds me, in the best possible way, of the old Tyco View-Master stereoscopic headsets that I used sometimes as a kid. Except you can explore wherever you want, anytime you have a smartphone and a Cardboard-compatible headset. And more than any other Cardboard app I’ve tried, this one helps me understand why Mattel’s people wanted to develop a View-Master that works with Cardboard. This is Mattel’s way of picking up where the old technology left off. Above: The Jung District in Seoul.