We’re less than a month away from the next opportunity for Americans to vote, and while this year’s election may not be as important as the one in 2016, there’s still quite a bit to be decided. When you’re trying to vote, just how are you going to keep track of what issues are up for debate? Brigade wants to help with the launch today of its interactive ballot guide.

Available for iOS and Android devices, Brigade’s app tells you what’s on the November 3 ballot, provides personalized voting recommendations, and more. The plan is that by analyzing your responses to a political questionnaire within the app, Brigade can then match you with local organizations for endorsements of both candidates and issues.

Like most other socially infused apps, you can share your completed ballot with your friends across social media, SMS, and email. Brigade hopes that by doing so, you will create discussion and also motivate others to participate in the civic responsibility of voting. 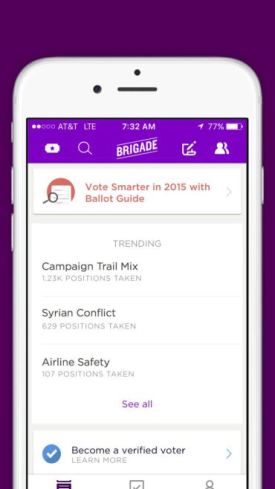 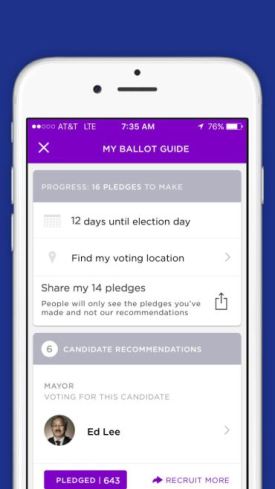 The ballot guide is being piloted right now in San Francisco, California (Brigade’s hometown) and what the company calls one of the most “politically significant cities,” Manchester, New Hampshire. To enable the r, the company has partnered with several local partners in order to curate content and engage the public.

“Technology has made many aspects of our lives easier and more fulfilling, yet political engagement is more difficult and less satisfying than ever before. It doesn’t have to be that way,” said Brigade chief executive Matt Mahan in today’s blog post. “Together, we can begin to restore citizens’ rightful place at the center of our democracy and there’s no better place to start than in our local communities.”

What Brigade is doing isn’t new, but it’s a much different way to tap into the evolving behavioral patterns of millennials throughout the United States. Many cities, like San Francisco, and states do provide guides well in-advance of elections in order to educate voters about what’s on the ballot, but it can be overwhelming to read through this massive booklet and attempt to understand the language used in each proposition, candidate statement, and bond measure. 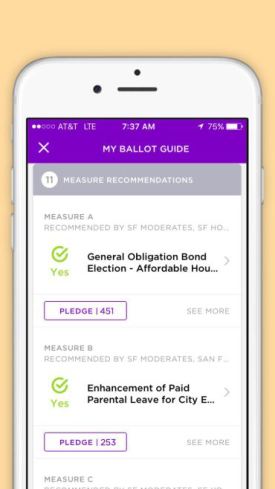 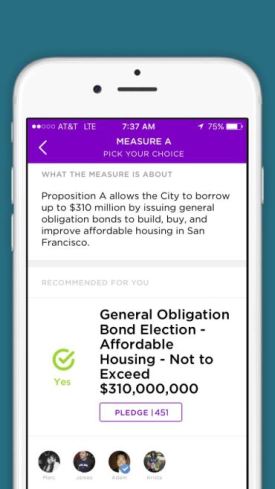 Brigade’s interactive ballot guide seems to serve two purposes: to motivate you to vote by reaching you on a device you always have on you while showing you how your like-minded friends are deciding; and to give local organizations access to a source of data telling them what endorsements their constituents want them to make.

Started by Sean Parker, cofounder of Napster and the first president of Facebook, Brigade is a social network that’s all about civic engagement. It’s leveraging the power of grassroot efforts to show people that the power is in the hands of the voters, not corporations or lobbyists. Think of it as akin to Change.org, Votizen, Rally, or something similar.

This “local experiment” doesn’t have any current plans to expand to other cities, but the company said that the results will help craft its strategy ahead of the 2016 election — its first big test since it launched earlier this year.