In an ideal world, we would have multiple expansions for Ubisoft’s The Crew by now.

With a map that takes 45 minutes to drive cross-country, it’s one of the grander MMO racing games out there. Its cities are well-spread out, and it’s a map fertile for add-ons, such as new vehicles and new racing hubs. It’s been over 10 months since The Crew’s initial release, so the arrival of its first (and hopefully not the last) expansion, Wild Run brings with it high expectations of technical fixes and worthwhile enhancements.

If one of the goals of any expansion is to capitalize on the strengths of the main game, Wild Run does so by taking advantage of the vast map laid by The Crew. Every landlocked state is prime ground for added cities (fictional or otherwise) and hubs. For Wild Run, that’s The Summit, a festival that celebrates competition and echoes the automotive fair in Forza Horizon. This area helps centralize much of the new player-vs.-environment and player-vs.-player content, though that doesn’t mean you can’t take the new vehicles on a road trip to all four corners of the country. 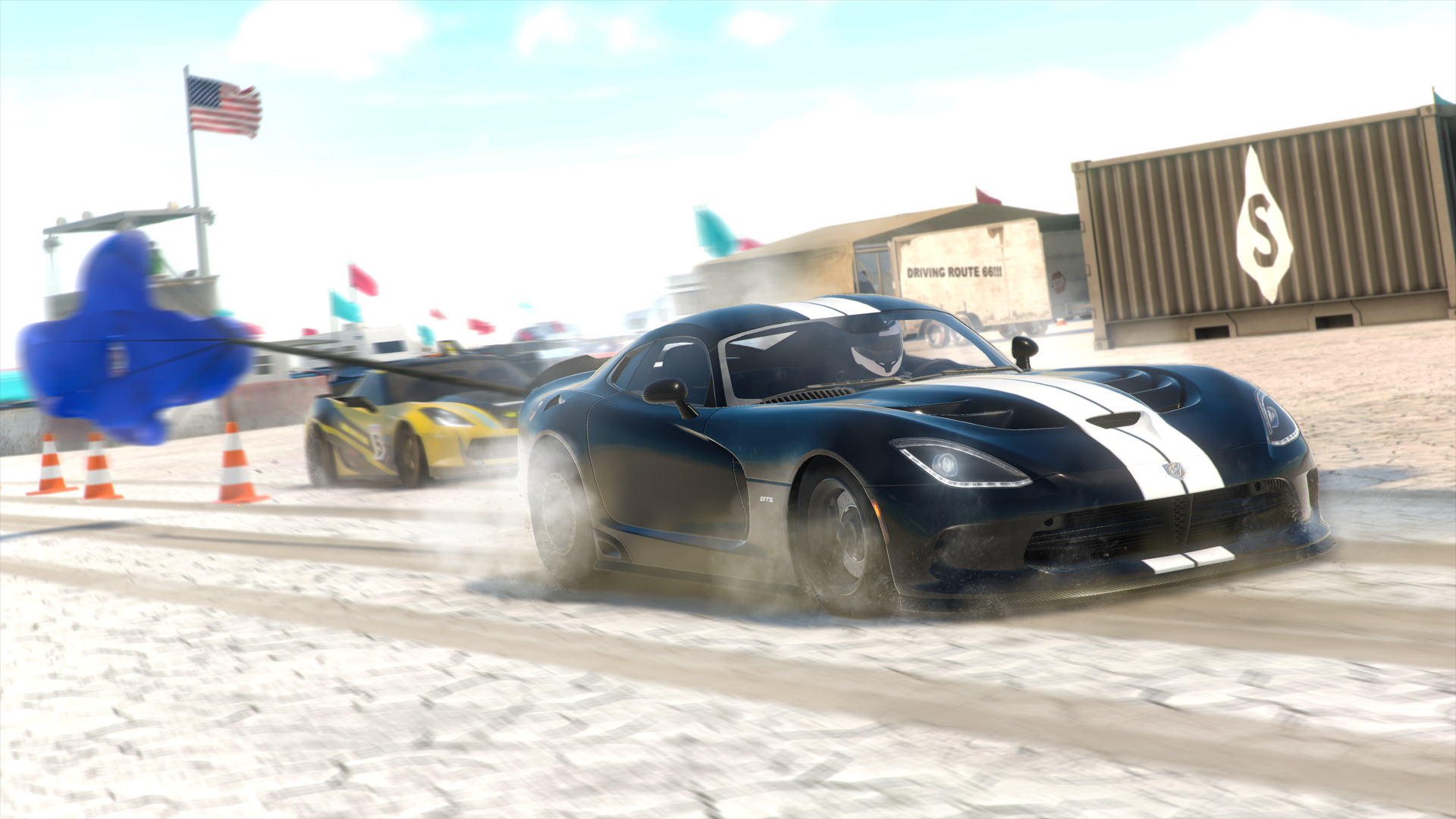 Above: Drag Racing isn’t for everyone, but Wild Run’s expansive deserts are primed for it.

Of the myriad modes and competitions that Wild Run offers, I see minimal replay value in drag racing. It’s because of the literal straightforward nature of the sport, the same reason why there have been few drag racing games in the last decade. I see much more longevity in Wild Run’s score attack mode, where you can let loose with a monster truck in a playground that encourages acrobatics while you collect giant point tokens strewn throughout the map. You will certainly need to figure out aerial maneuvers if you want a chance at many of the 1,000-point tokens. You seldom have opportunities in games to take a monster truck up and down a half-pipe, let alone with the precision and purpose to grab points. Many of The Crew’s modes have a steep learning curve (intentional or otherwise) in order to attain full mastery; this score attack is one of those modes that seems to be worth the time investment.

The mode that will surely generate the most laughs is Wild Run’s take on king of the hill. As you might expect, this involves competitors racing to a temporary marker and accumulating points before the marker moves to another part of the map. Your preferred car stat might normally be handling or top speed, but this is where high acceleration is most valuable. The best part is that even if a foe gets to a marker first, you have every opportunity to bump them off. The obvious risk is if you miss your competitor where driving well past the marker is the most likely outcome. The map could be on a literal hill, and the resulting races from marker to marker can and will result in some vehicular comedies of error. Just you try to bolt for a marker on a rugged downhill while timing the breaks without overshooting your target. 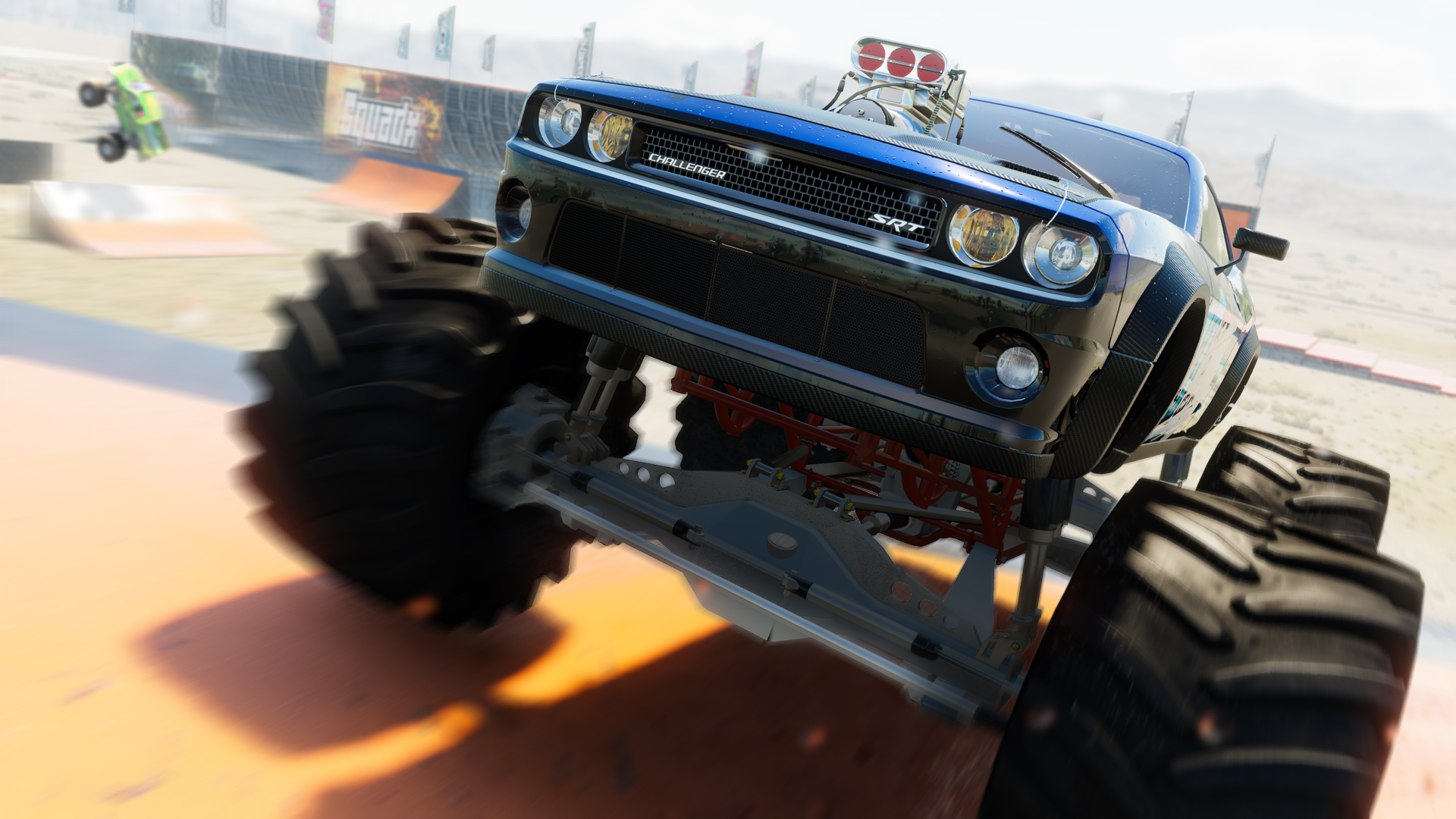 Above: Putting monster truck wheels on a Dodge Challenger isn’t unusual in The Crew Wild Run

Two wheels are just as good as four

Even with their prominence in urban open world games and the recently released Ride, motorcycles are still underrepresented in games today. It’s the one vehicular addition I’m most excited about in Wild Run. These bikes perform with the arcade-like ease and agility similar to Climax’s Speed Kings. The sudden acceleration one can experience slightly differs from the game’s four-wheeled options and the temptation to deviate from the racing line is ever-present. If my hands-on time was any indication, trusting the racing line is paramount in success. A wipeout or a leap off a cliff eats up considerable time; as few as two accidents can completely take you out of first place contention.

Of the few shortcomings that held back The Crew upon its initial release, the floaty physics was on the top of my personal list of turn-offs. It should be a thrill to drive a 4×4 off a ski jump but it shouldn’t be a hassle to lose precious time trying to regain traction upon landing. Based on the two hours I spent on Wild Run, I’m not optimistic any tweaks in the physics were so drastically improved that I’d give the main game another chance. Yet, I must admit that the motorcycle component was compelling enough that if the full version had a couple dozen two-wheeled races, that would be more than enough for me to give the The Crew another go. 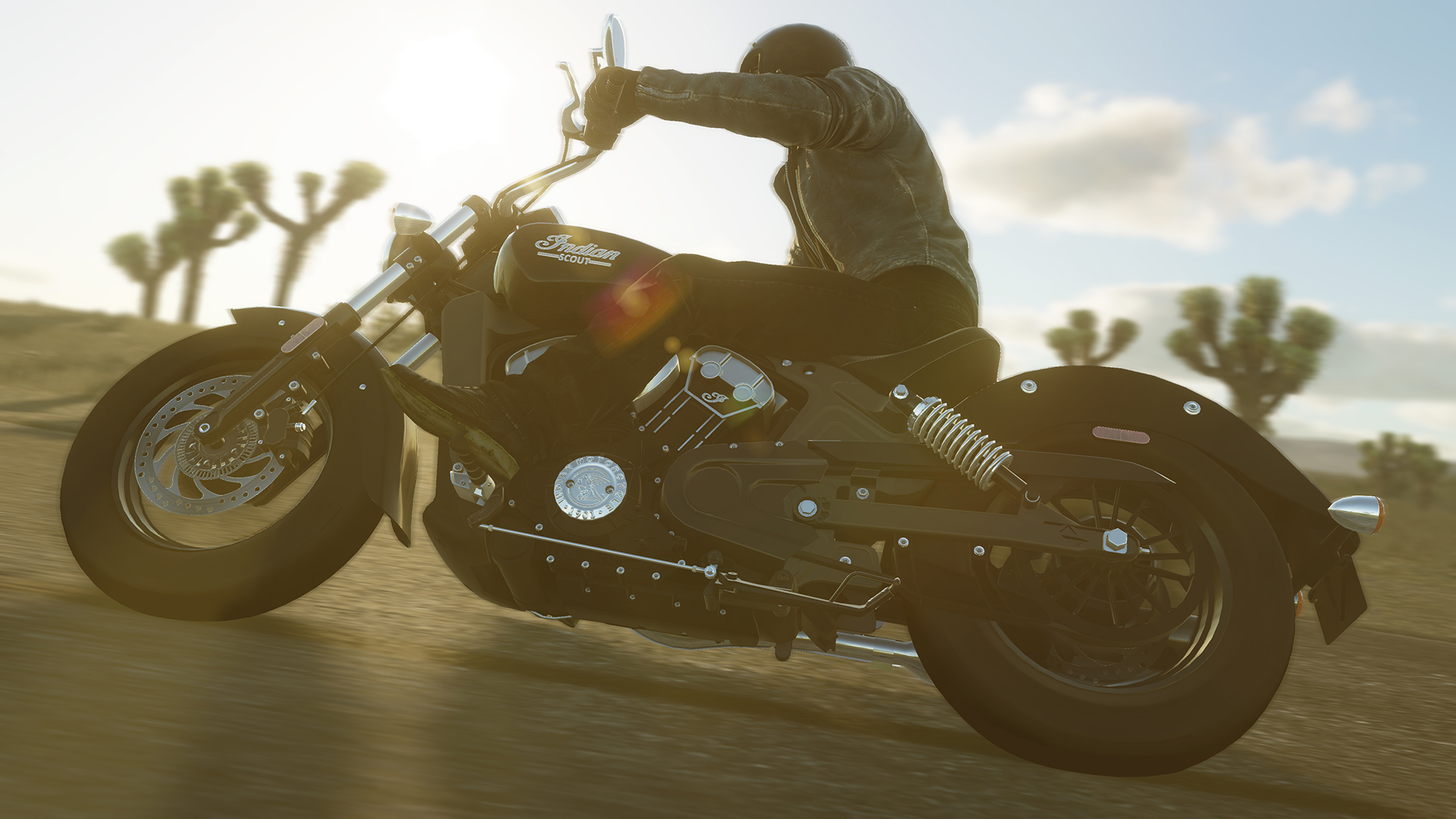 Above: The inclusion of motorcycles is The Crew Wild Run’s most promising feature.