Dropbox and Adobe announced a new partnership today that they say is just the first phase of “even deeper mobile integrations” expected to be rolled out in the coming months (iOS this year, Android in 2016).

This first step will allow users to add their Dropbox account to Adobe Acrobat and Acrobat Reader desktop apps (PC and Mac), enabling them for the first time to open PDFs stored in Dropbox from directly inside Adobe.

The iOS app integration will let users annotate and comment on PDFs stored in Dropbox, using Acrobat Reader mobile. The key focus of the integrations, according to the company, will be on ease of editing while on the move (as well as automatic cloud backups), the ability to share PDFs easily with others working on the same project/PDF via a Dropbox account, and quick access from any device (desktop, mobile, or tablet), with seamless switching. 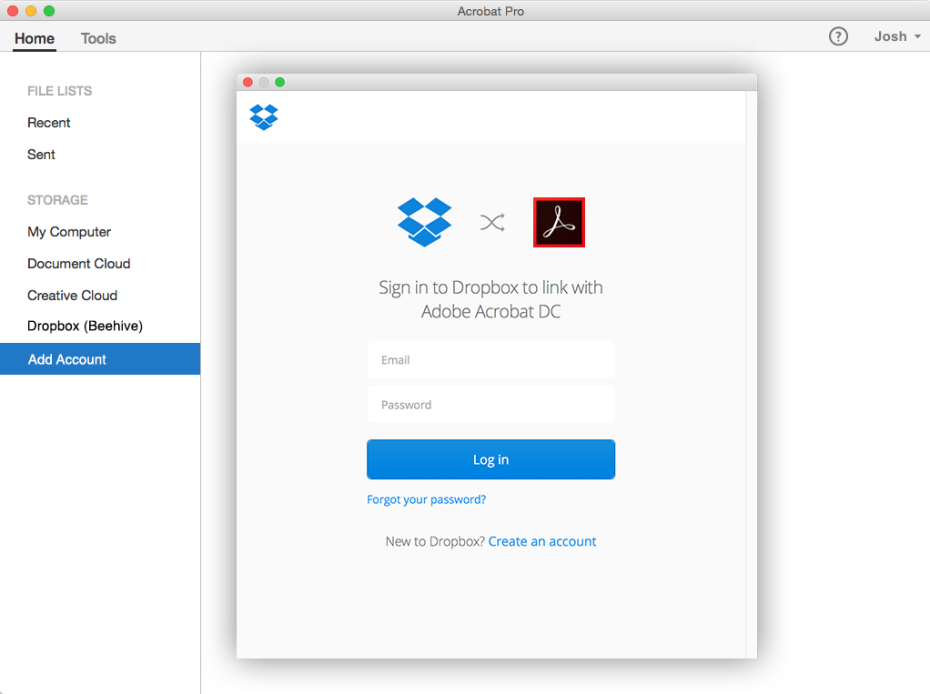