Facebook is testing out new video options on its social network aimed at helping you better “discover, watch, and share videos” that you might find interesting. Included in the updates are the general availability of suggested videos within Facebook’s iOS app and an experiment to gauge user response to a dedicated place just for videos.

In 2014, comScore’s cofounder and chairman emeritus Gian Fulgoni said that Facebook delivered more video views than YouTube specifically across the desktop. The world’s largest social network is widely believed to rival the Google-owned video network, and these new experiments are aimed at helping further that.

Some users will notice new tests being conducted on Facebook’s iOS app. Will Cathcart, the company’s vice president of product management, wrote in a post: “We have been testing a number of new features that give people more flexibility when watching videos, whether you’re watching a video in News Feed on-the-go or sitting down to enjoy multiple videos back-to-back.” 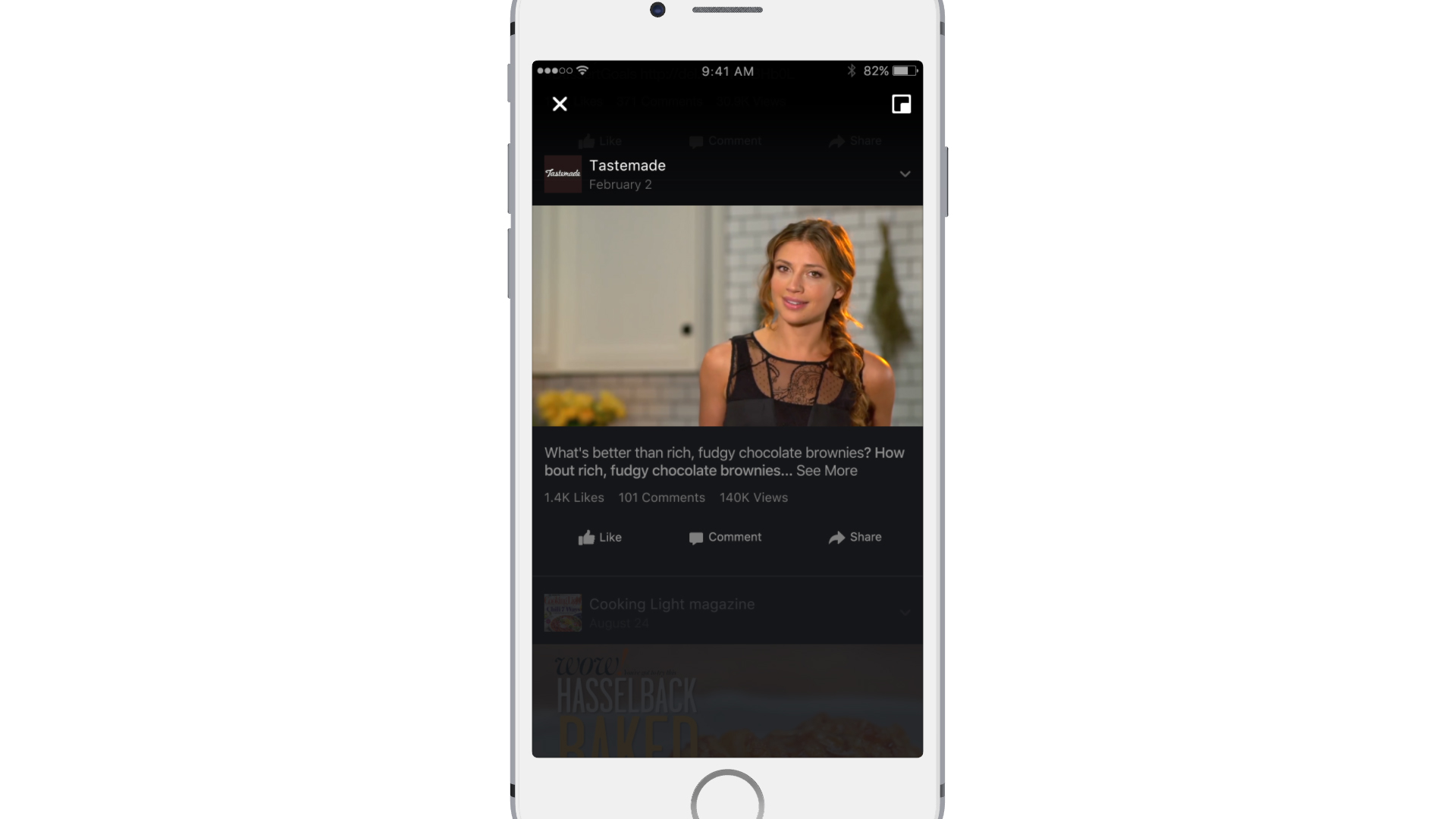 The first test has to do with suggested videos. In earlier tests, this feature presented some good results, so Facebook is now making it more broadly available to those with iPhones. But now that more people have it, it’s time to figure out how to monetize it. Facebook revealed that it’s going to be testing ads within this experience, starting on the Web before moving on to Android phones in the coming months. 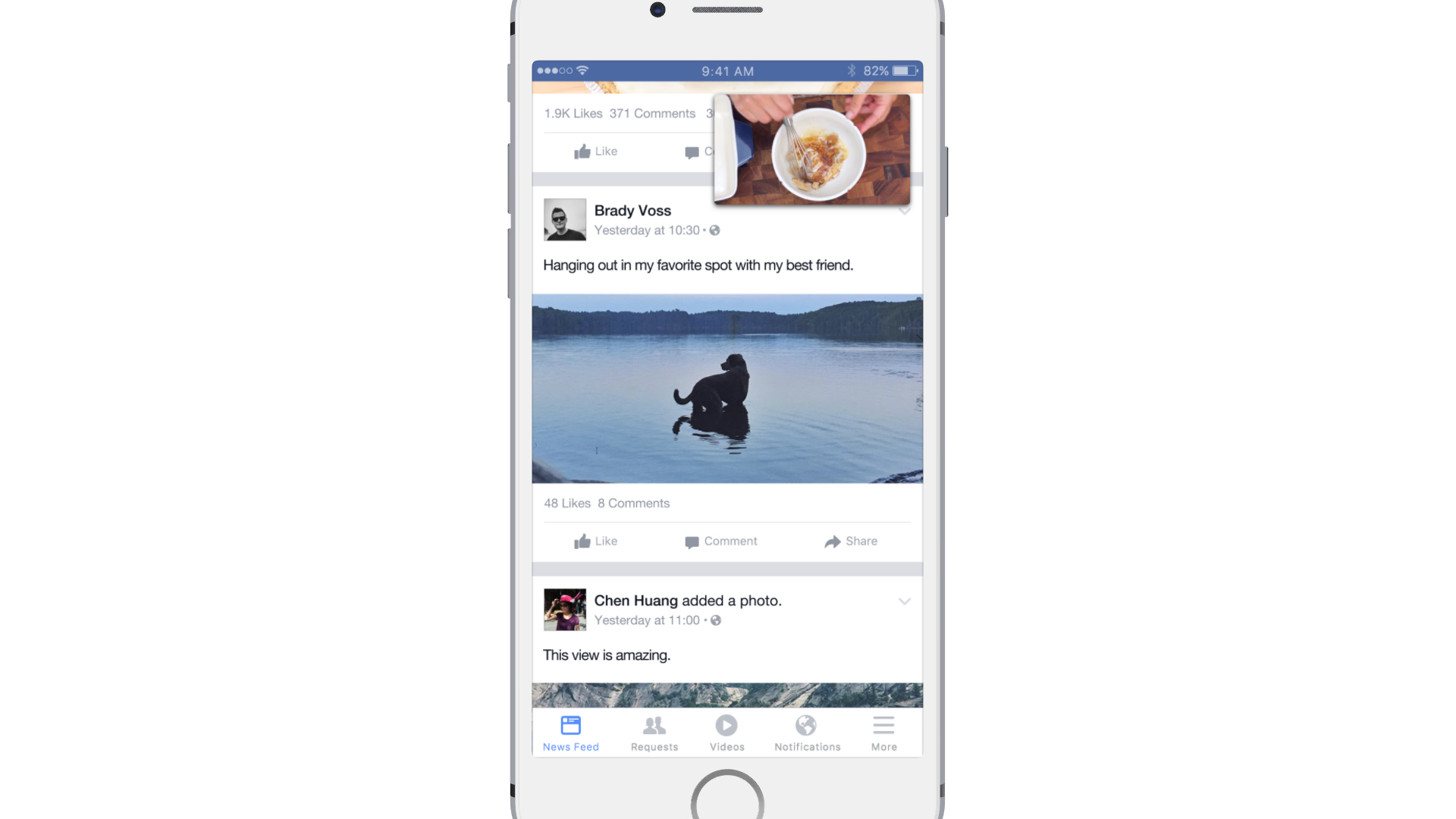 Other tests concern helping you watch and discover videos, probably at the same time. If you’re constantly barraged with lots of different content from your News Feed, it can be a pain to leave the feed to watch a video. So one option Facebook is testing is the use of multitasking. It’s being described as putting the video “in a floating screen while simultaneously multitasking on Facebook.”

But if you’re a hardcore video watcher on Facebook, you’ll probably find this interesting: Today when you watch a video, you’re only going to see one video, then back to the News Feed. That’s it. But now there’s a YouTube-like interface where you’ll not only be able to watch the intended video, but can scroll through to view more and have them autoplay instantly. 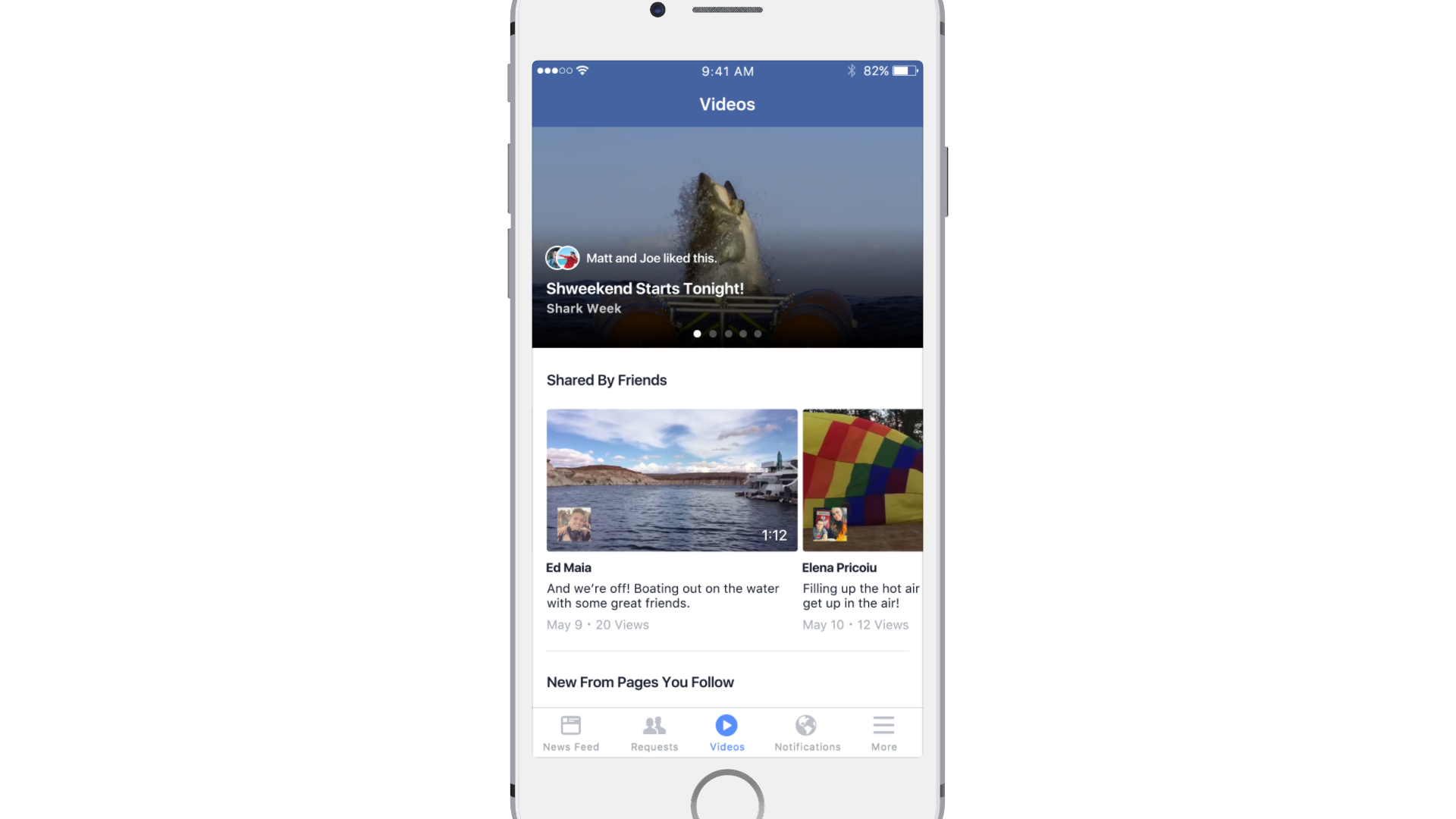 This dedicated place keeps all your videos, including those that you’ve saved for later and the ones shared with you by friends, Pages you follow, and other video publishers. To see if you have it enabled, check whether you have a Videos icon at the bottom of your Facebook for iOS app, or go to the Favorites section in the left-hand side of the News Feed on the Web. Right now, only a “small number of people” have access.