A series of apps featuring friendly characters that appear in their own YouTube Kids short videos just racked up their 3 billionth download without ever appearing in traditional media, including television.

Outfit7 Limited announced today that in just five years, downloads of its more than 15 Talking Tom and Friends apps reached the 3 billion mark, just one year after passing 2 billion. 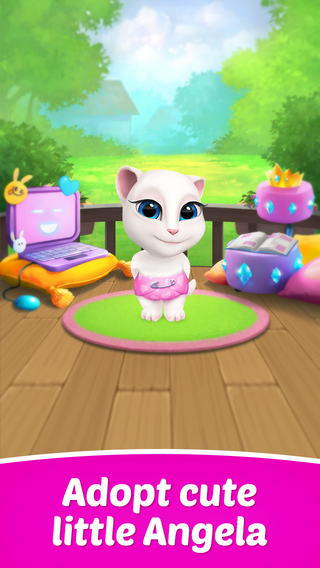 Above: My Talking Angela is just as adorable as her tomcat predecessor.

Talking Tom apps appeal to fans worldwide: Monthly, they enjoy 250 million active users in more than 230 countries and territories. More than half of them are adults, and they’re split equally between male and female users. Talking Angela, a later version, skews more female, company reps said.

The apps’ characters repeat what users say and react when touched. You can feed them, care for them, and play with them as they grow and create a story.

The majority of Talking Tom viewers and players come from China, Brazil, the United States, Russia, Vietnam, India, Mexico, Turkey, Saudi Arabia, and Columbia. The apps swiftly succeeded, with Tom and Angela taking the No. 1 app download spot in 135 countries.

“Across the globe, our fans know that Talking Tom and Friends is all about fun!” Outfit7 CEO and co-founder Samo Login said. “Our mission with each app in the portfolio is to create a fun, creative, and engaging experience.”

Talking Tom and his buddies also perform on YouTube. Various short videos about the characters have racked up 3.5 billion total views.

The company launched a new YouTube/YouTube Kids series this spring with 52 11-minute episodes. They feature Colin Hanks (who does the voice of Talking Tom) and Tom Kenny, a voice actor on a host of children’s shows, including SpongeBob SquarePants. Combined, they have picked up 100 million views so far. 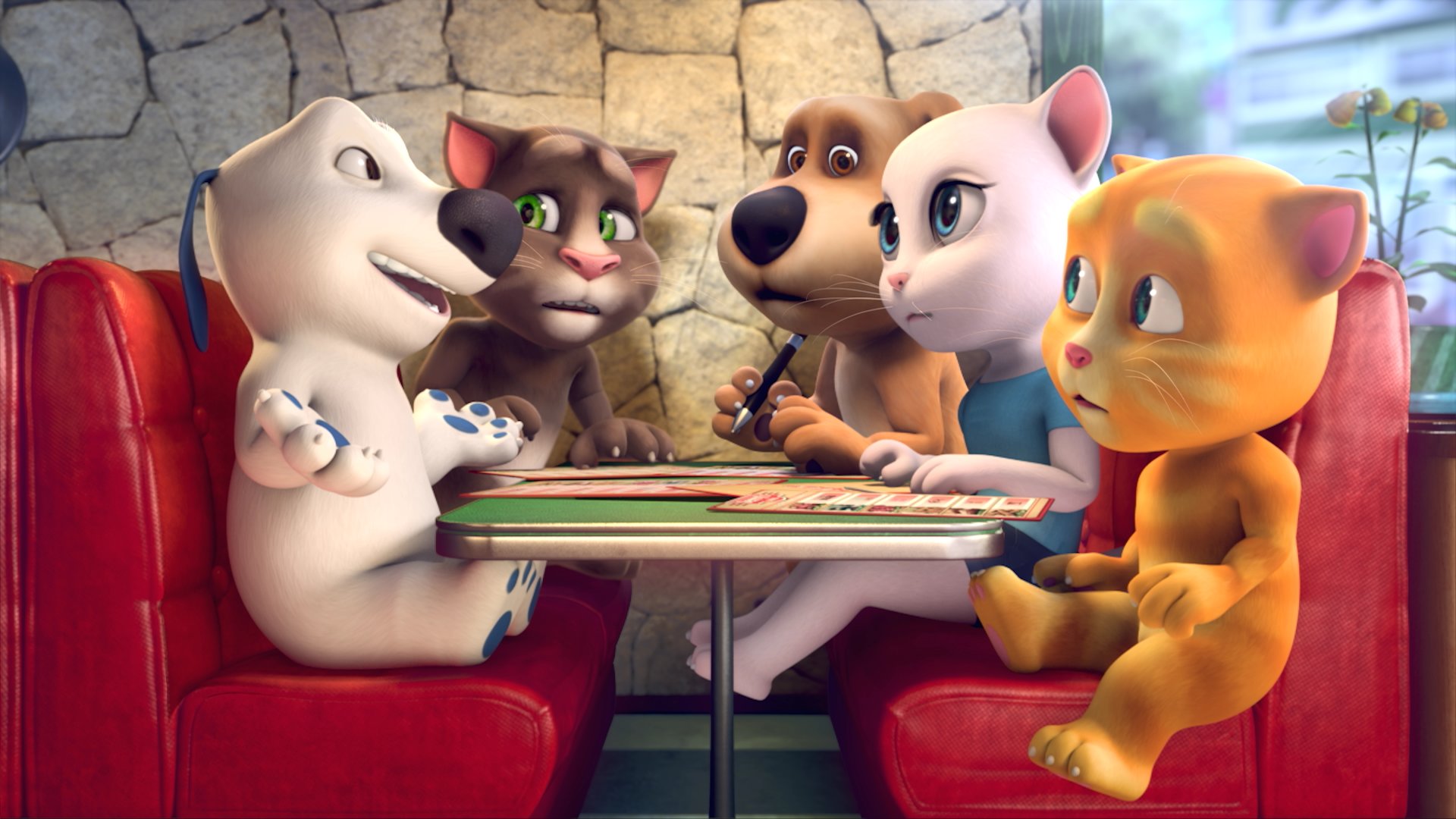 Above: Talking Tom and friends in an episode of their YouTube show airing Thursday.

It’s an impressive level of success for a kid-friendly franchise that has never appeared on traditional television. The series and its cast of characters were born on mobile.

“Given the footprint we’ve made and the success of our two latest apps — My Talking Tom and My Talking Angela, which both earned more than 10 million downloads within days of launch — we’re not surprised about the accelerated growth of the brand,” Login said. “The launch of ‘Talking Tom and Friends: The Animated Series’ this past spring, as well as it being a flagship property on the new YouTube Kids app, helped to catapult the franchise.”

A feature film is in development, the company said. Outfit7 is based in Limassol, Cyprus, with offices in London, England; Ljubljana, Slovenia; Seoul, South Korea; and Palo Alto, Calif.