Skype for Business arrived in April and got a dedicated Windows Phone app back in July.

Its Android and iOS counterparts debuted in preview two months ago. While the iOS version is now ready for prime time, Microsoft says the Android app will be the last to make it out the door — the company told us it’s currently slated for a release “later this calendar year.” 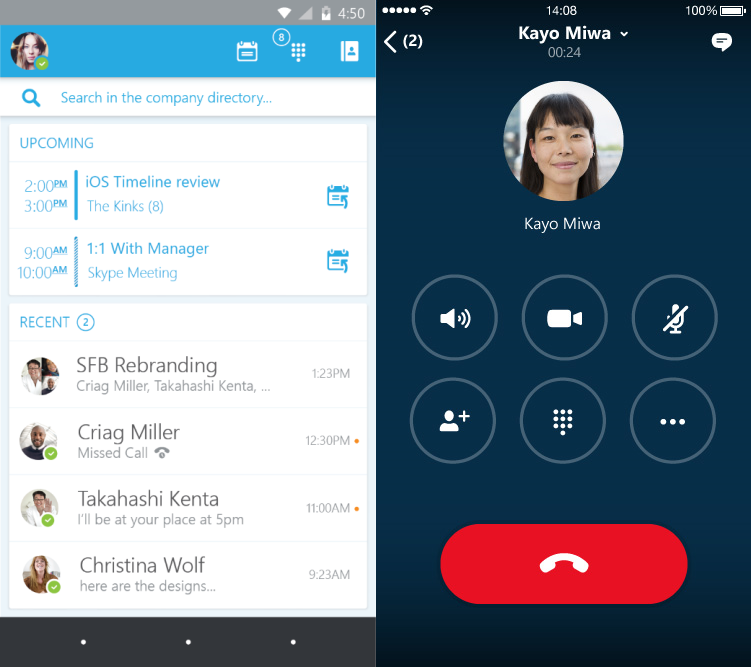 Microsoft pointed out that the general availability of the iOS app means the following features are now available to Apple users:

The Skype for Business app has a new dashboard for accessing your contacts, calls, and meetings. Speaking of meetings, you can see your current and next appointments in your calendar, and then either click through to read more about the meeting or click the Quick Join icon to start right away. 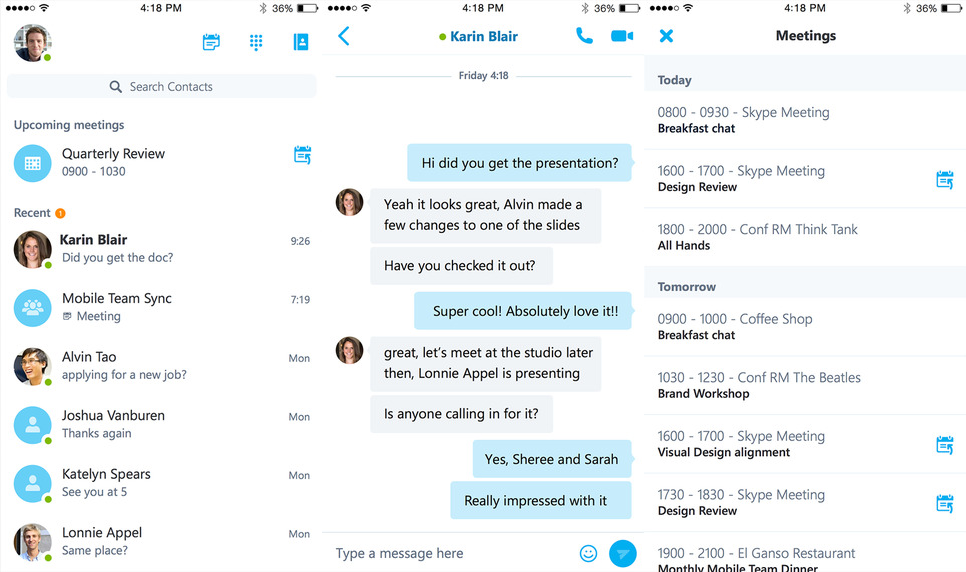 The contact search bar lets you find contacts by first name, last name, email alias, or even a phone number. Even your iOS phone contacts are included in the search. Microsoft is also promising larger buttons for muting, adding participants, and managing calls.

Last, but not least, support for Active Directory Authentication Library (ADAL) multi-factor authentication has been added for Office 365 users:

A future version will add the ability to view PowerPoint slides in a meeting. In the meantime, you can view a PowerPoint presentation via desktop sharing.

All in all, this is really just Skype aimed at the mobile business user, which is exactly the point. Microsoft wants to build Skype into all its products and services.