PolyBlast, a mobile arcade-puzzle game from a rare game studio in Lebanon, is debuting on the app stores today. That’s no small achievement as PolyBlast comes from one of the unlikeliest places for game development in the world. It is the latest entry into mobile games from Game Cooks, which was started by two brothers in Beirut four years ago. 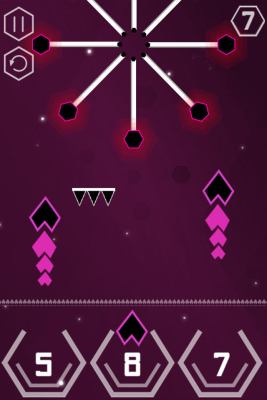 Game Cooks is proof that game companies can sprout anywhere, even in some of the toughest conditions for businesses in the world. Beirut has had its share of turmoil over the years, but Game Cooks has prospered, growing to more than 20 employees and contractors, even with limited funding.

“It was one of the hardest things in the world to start a game company in Lebanon,” said Lebnan Nadar, the cofounder of Game Cooks, in an interview in San Francisco with GamesBeat. “The game community is very small.” 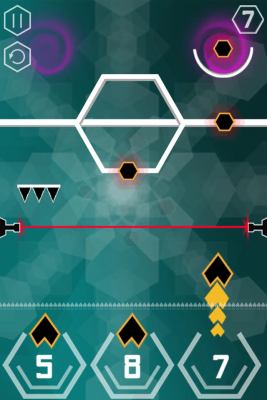 The title is debuting today on Google Play and iOS. The game had a lot of retention in a test in the Lebanese market, said Nadar.

I had a look at PolyBlast, and it has addictive qualities. These geometric shapes descend on you, Tetris-style. You have three blasters to shoot the shapes before they fall to the bottom of the screen. You have to tap the screen and time your shots so that they hit the targets at just the right time. The challenges get harder and harder as you proceed, testing your precision and agility. It’s simple but takes calculated planning. If you hit five targets in a row, you get a five-second frenzy mode with unlimited shots.

You can play PolyBlast in single-player or multiplayer, with six worlds at 15 levels each and one “supreme world.” In multiplayer, two people play with the same device, shooting at each other in a test of reflexes.

Nadar and his brother, Arz Nader, started the company in 2012. They taught themselves how to make games using tools such as Unity and Cocos2D.

Now they have a collection of artists, designers, and developers who all share a love of gaming. Their hope is to create feel-good adventure games for the global game market. The company has 14 games published to date, including Planet Nam Nam, Run for Peace, and now PolyBlast.

“We had a couple of games with really good success in the region,” Nadar said. “We make sure we get a gamer and then teach them to become a developer. The hardest thing is to find a trained game designer in Lebanon.”

Game Cooks survived by taking on other tasks, such as creating a program that synchronized all the odds in a sports-betting game.

There isn’t much company for Game Cooks in Lebanon. One fellow studio in Beirut is Wixel Studios, which is working on a game to help kids fight cancer.

The environment in Beirut is tough, with intermittent power and Internet access, as well as the occasional gun battles. Yet Game Cooks has found some people with ideas to make games.

Once Game Cooks was successful, it opened a way to take ideas from others and incubate their ideas into games. PolyBlast is the result of this unusual process. Game Cooks teamed up with former Lebanese telecom minister Nicolas Sehnaoui, a veteran geek and gamer. He had an idea for the game for years, and Game Cooks put a team to work turning it into reality.