Graeme Devine has had a storied career in games, working on projects such as The 7th Guest at Trilobyte, Age of Empires 3 at Microsoft, and cool game technology Apple. He is now the chief creative officer at Magic Leap, which is creating “mixed reality” glasses that overlay animations onto the real world.

Magic Leap, which raised more than $542 million from investors led by Google, hasn’t fully described how it will create “cinematic reality” and other experiences with its glasses or when it will ship them. But it is one of the startups that has ignited a lot of interest from gamers and game developers about the frontiers of gaming. Magic Leap’s goal is to create animations that are indistinguishable from real life and to insert game characters and gameplay into our everyday lives.

Devine didn’t think the tech was possible. But when he saw a demo of it in Florida at Magic Leap’s headquarters, he was hooked. Other leading thinkers like sci-fi novelist Neal Stephenson have also joined the company.

I sat down with him at GamesBeat 2015 for a fireside chat. Here’s an edited transcript of our talk. 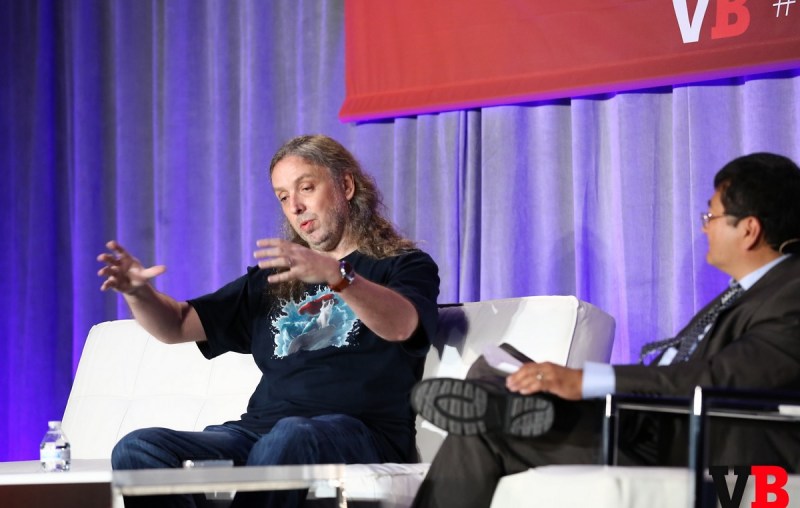 Above: Graeme Devine of Magic Leap prefers the term “mixed reality” instead of “augmented reality.”

GamesBeat: For people who may not know, tell us a bit about your career in games.

Graeme Devine: Oh, golly. You all know me, right? I’ve been making games since the 1970s. My first game was on the TRS-80. If you remember the resolution of the TRS-80, you remember it was black and white and didn’t have a lot of pixels.

I very quickly moved on to work at Atari for a little while. Worked for Lucasfilm in the ‘80s. I moved to the states and started a company called . Made a game called The 7th Guest, 11th Hour. Helped kickstart the whole CD-ROM industry. You can debate whether it’s Myst or 7th Guest that was the best. It’s obvious, but I’m just saying. Moved on to id Software as the lead designer on Quake III, which kicked off internet gameplay a little bit. Did well there. Went from there on to Microsoft, where I was the lead designer and lead writer on Halo Wars, the best of the Halo series. I’m gonna get killed for that.

From there I moved on to Apple and helped games at Apple. I was the guy that was like, “If you’re putting a virtual D-pad in your game, you’re saying your game is better on the Nintendo DS. Do you want to say your game’s better on a Nintendo DS?” Encouraging people to use this marvelous touch device that had this incredible touch screen and make games for that. Helped launch the iPad with some very cool games and get people to think about touch as an interface.

After that I kind of retired, walking my dogs on the beach in the morning, having my own little company, doing the occasional talk and so forth. Then along came Magic Leap.

GamesBeat: You seem to like to be on the cutting edge. What was attractive about Magic Leap?

Devine: The fact that I thought it was impossible. Rony Abovitz, the CEO, called up and said, “I think I need a games guy.” “Okay? Where are you?” “Florida!” “Not interested.” Then he calls up again and has me sign the NDA. He sends me a video of the technology. I said, “That is impossible! You can’t do that! You can’t insert characters into environments with occlusion and things. I’ll come to Florida.” 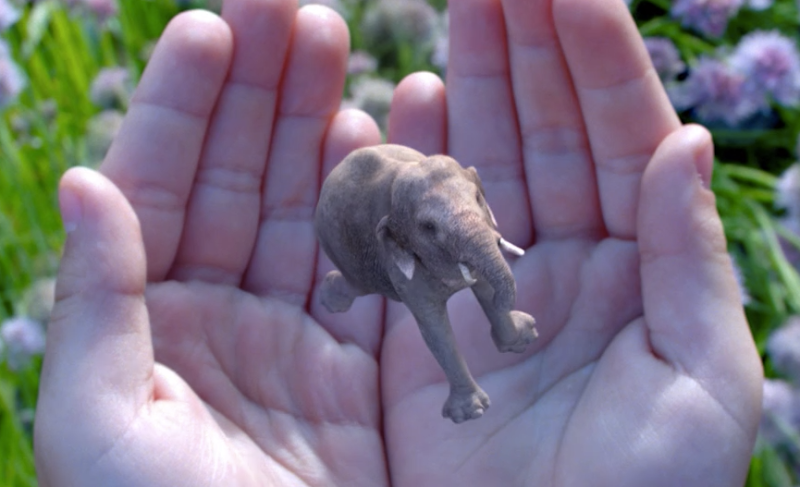 Above: A tiny, photorealistic elephant dances in someone’s hands on the Magic Leap website.

GamesBeat: Can you describe this a bit for our audience? You aren’t using the term “augmented reality”?

I went down to Florida and took a look. I stuck my head into this machine that was about the size of a refrigerator. Right away I’m thinking of that movie Brainstorm. Once I joined I had to buy everyone in the company that blu-ray, because apparently nobody’d seen it. There was a monster running around the desk in front of me. It was this blue monster, and I could control it with an Xbox controller. It was looking just like it was real, on the desk. I’m thinking, “That is weird!”

Then, in the back of the room, a much larger monster stood up and waved at me. I hadn’t realized it was there to begin with. I didn’t notice that monster. It was so naturally fit into the environment. When I went and focused on it, the monster on the table changed and went fuzzy. “Golly.” Well, I thought more than “Golly.” Mostly “Golly.” But this was insane. I’d never seen anything like it. I went from not moving to Florida to being in Florida and learning about making content for this, what it meant to make content in mixed reality.

GamesBeat: Magic Leap went on to raise more than half a billion dollars from Google and others. It seems like that completely changed the level of attention on you.

Devine: It’s still a startup. When I look at my window, the window in my office, I see rocket scientists. There’s the guy who wrote the Guardians of the Galaxy comic book. There’s optical people doing all of our optics. There’s Neal Stephenson. He’s hanging out. He’s a futurist. He’s talking to the optical people who do plasma weapons at something or other. I think, “I’m just a guy making games for this!” These people are buzzing. There is a visible buzz coming off of them. I just want to bask in that. That startup still exists. That’s the exciting thing about Magic Leap. It’s still that startup.

GamesBeat: You were in a similar situation at Apple, where everyone wanted to know about what you were doing. You had to be fairly secretive. What’s it been like to have to communicate out of that bubble? 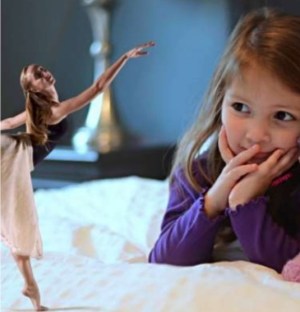 GamesBeat: What are some pros and cons of mixed reality when it comes to games?

A true mixed reality game is something that takes the reality in front of you, takes this water bottle. It adds virtual content to it so the water bottle is involved in the game and there are characters doing something to that, so the tools can interact with each other. Or it can be playing cards or wooden blocks. It could be objects around your house. Then we can have something interesting that can’t exist anywhere else. You can’t have that game in VR. You can’t have that game on console. Only in mixed reality can that game exist. Then you’re on to something interesting.

GamesBeat: Does the technology have to be seamlessly perfect for this to work for the consumer?

Devine: The experience, for me, when I put it on, is so incredible. My memory is still, “Oh my God, this monster’s in the room with me.” And yet you know in your head that there’s no such thing as monsters. It is very compelling. It seems as if it is real.

GamesBeat: We have a war going on outside of Magic Leap now. Nintendo showed this video of Pokémon out in the real world, sitting on top of Google’s Ingress location-based gaming platform. It seemed very inspirational, to be able to join with a bunch of other people hunting down Pokémon in real places.

Devine: If anyone can get me on the beta for that, I’d love to. That seems to be what everyone wants and expects, right? I want to see X-Wing fighters and Marvel superheroes and Superman and have them interact with the world around me. I think that demonstrated very well the fantastic dream of mixed reality.