I am writing this in Quip. And judging by the look of things, one day you might well be writing in Quip, too.

Quip is a San Francisco startup that has built a mobile-friendly application for word processing, working on spreadsheets, and chatting with colleagues. Today Quip is announcing a $30 million funding round.

Bret Taylor, a cofounder of Quip and its chief executive, simply wants to invest in growth at a time when conditions for raising money are favorable.

“We believe in our business model — we see companies grow from a small team to fully engaged at the whole company. We want to reach more companies and different companies, i.e., go up market to larger enterprises,” Taylor told me in a chat in the Quip app.

Microsoft chief executive Satya Nadella always seems to be talking about helping people succeed in the mobile-first and cloud-first world, and Microsoft Office doesn’t look half bad on mobile these days, but Quip was designed to work well on mobile devices — and as a cloud service, of course — from the beginning.

Ironically, Quip’s use on desktop has grown, going against the trend at Facebook, Google, LinkedIn, and Pinterest. In January 2014, 80 percent of Quip’s usage happened on mobile, and 20 percent on desktop on the web. This past July, it was about equal across mobile and desktop — and that’s when Quip came out with native desktop applications for Mac and Windows. Now, Taylor told me, Quip is 60 percent desktop, 40 percent phone, and 12 percent tablet. 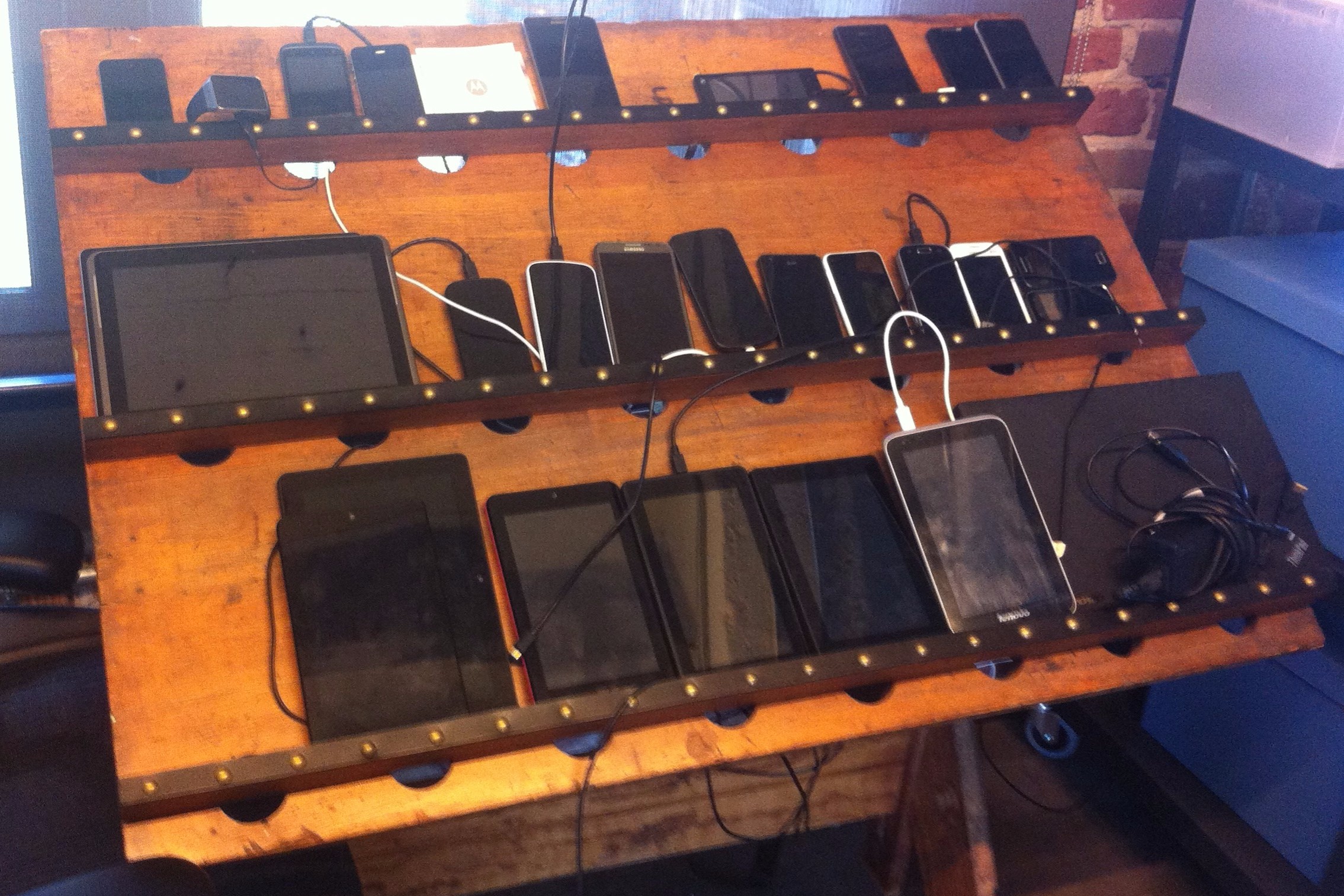 Above: A device farm at Quip headquarters in San Francisco.

“Not zero sum (i.e., many people use multiple devices),” wrote Taylor, who is a former chief technology officer at Facebook and a cocreator of Google Maps.

For Quip, Office is not the biggest competitor. That would be Google Docs. Quip is hardly as popular — more than 30,000 companies use it, although it’s unclear how many are paying and how many end users that includes. But that’s not necessarily a bad thing — you can think of it as an opportunity for Quip to experiment. And that’s exciting for end users to think about.

Taylor expects Quip to evolve on a few fronts.

He sees Quip doing more with its developer platform with new products. Not that the Quip application programming interface (API) is being ignored.

“Mainly used within enterprises, but used at virtually 100 percent of enterprise (large) customers for integration with internal systems and workflow automation,” Taylor wrote.

The startup will be ramping up its marketing effort, and to that end Quip has hired Patrick Moran as its new chief customer officer. Previously Moran was New Relic’s chief marketing officer.

Quip started in 2012 and is based in San Francisco, with 28 employees. Taylor figures the headcount will reach 40 or even 50 over the next year. To date Quip has raised $45 million.

Quip’s free tier isn’t going away. You can try it out on Quip’s website.