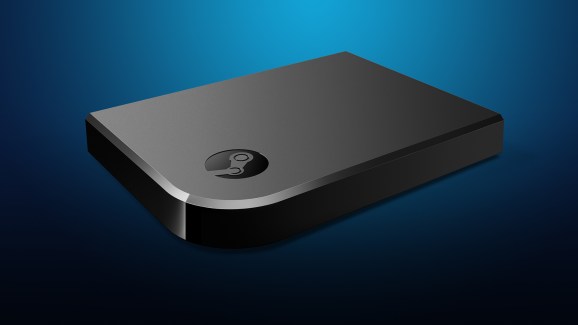 Steam Link enables you to connect your PC to your TV.

Correction on October 23: A week after posting this, Valve has now told GamesBeat that the Wireless Adapter for Windows 10 will not work with Steam Link or Steam Machines. We apologize for the error.

While Valve has built its own controller for playing PC games on a television, that doesn’t mean you need to throw away your Xbox One or Xbox 360 gamepads.

Valve confirmed to GamesBeat today that the Xbox One Wireless Adapter for Windows, which ships to stores and anyone who preordered starting October 20, will work with the Steam Link local game-streaming device. The adapter typically plugs into the USB port of your PC and enables you to use your Xbox One controller wirelessly on a Windows 10 machine. But Valve is ensuring that you can also plug the dongle into the $50 Steam Link to use an Xbox One joypad with it.

The Steam Link launches November 10 and is part of Valve’s new hardware strategy. This machine connects to your television and can stream games directly from your computer across your home network. It is only $50 because it doesn’t handle any of the processing itself and is little more than a receiver, but it’s a potentially great PC-to-TV solution for anyone who already has a powerful gaming rig.

But you don’t have to go out and buy an Xbox One controller and dongle to use your Steam Link if you don’t want to. The device is also compatible with the Xbox 360 Wireless Adapter, and it’ll work with Xbox One, 360, PlayStation 3, and PlayStation 4 pads if they are wired.

Of course, Xbox One and PS4 controllers are expensive at around $65, so you may want to consider the less expensive Steam controller at $50. We’ll have our review of that device in early November to tell you if it’s worth it, so keep an eye out.