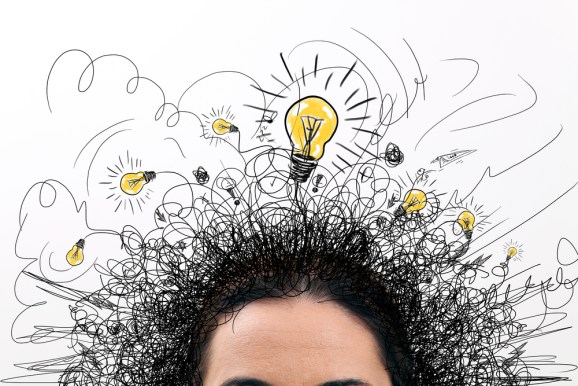 True entrepreneurs have an uncanny knack for seeing opportunity in everyday circumstances. What to some people, is merely a frustration — for instance, the absence of an app to handle some desired tracking function — is a clear source of inspiration for the entrepreneurially-minded.

But seeing potential businesses on every street corner and in every daily frustration can overwhelm an entrepreneur’s to-do list. You can end up with idea overload — too many ideas to pursue and too few resources to execute on them all.

Even established companies can face this challenge: Should your business invest R&D dollars into Concept A or Concept B? Which of the four potential verticals your product could serve should you pursue first? Decisions like these become increasingly complex when it isn’t clear which of the many alternatives available represents the best likelihood of a profitable return.

Because time, money, and energy are limited for all but the most wealthy among us, would-be business owners and overwhelmed leaders need a framework for how to proceed when they have too many ideas. The following steps should help minimize this intense source of frustration:

Before I launched Picreel with my business partner Roman Marvaniuk, we were kicking around several different ideas. We had started working together on an outsourcing company that provided web services and mobile applications, but we knew we wanted to get out of creating assets for others and into building a business for ourselves.

Picreel was just one of the different ideas we were considering. The initial evaluation process came down to one thing: risk versus reward.

The first thing we did was evaluate what types of resources we’d need to invest in order to make each idea successful as well as what we stood to gain from pursuing each alternative. Developing our own apps, for instance, would be significantly more cost- and time-effective than developing a fully-fledged SaaS product, but the potential income a SaaS company could generate far outpaced possible app earnings.

I won’t go into the detailed financials we put together here, but I’d recommend that, if you’re in the position of considering too many ideas, you get as granular as possible. Build out different financial models covering slow success, steady growth, and explosive sales. Do your financial assumptions about each model change depending on the company’s actual rate of growth? In all cases, I’m a big fan of planning for the worst and hoping for the best

The growth rate you’re able to achieve with any of your ideas depends on the competitive environment you’d be launching them into. The mobile app market, for instance, is quite crowded, making it difficult to stand out. Exit intent technology, on the other hand, was an up-and-coming niche with fewer competitors, where we felt we could quickly differentiate ourselves in order to build quick visibility.

Josh Kaufman, author of The Personal MBA, suggests asking the following three questions as you evaluate the market for each of your ideas:

I’d add a few more things to this list, based on my experiences:

Note: I’m assuming you’ve determined that there’s a market for and an interest in each of the ideas you’re choosing between by this point in the process. Given that a lack of product-market fit is one of the biggest reasons businesses fail (a survey by CoFounder magazine found that more than 20 percent of startup entrepreneurs cite it as the cause of their business’s demise), you’ll want to get that right before you ever worry about market potential.

Step 3 – Establish your ability to act on each idea

The last thing Roman and I did was consider carefully how effectively we’d be able to act on each of the ideas we were proposing. This involved asking a number of different questions:

These kinds of questions aren’t easy to answer — and you may find that your answers evolve as you pursue one idea over another — but give them their due diligence ahead of time. The more research you do upfront, the less likely you are to invest countless amounts of time, money, and energy into an idea that won’t ultimately succeed.

Alex Bashinsky is the cofounder of Picreel, an online marketing program to convert bounced visitors into customers.Get in touch with Alex at @abashinsky.