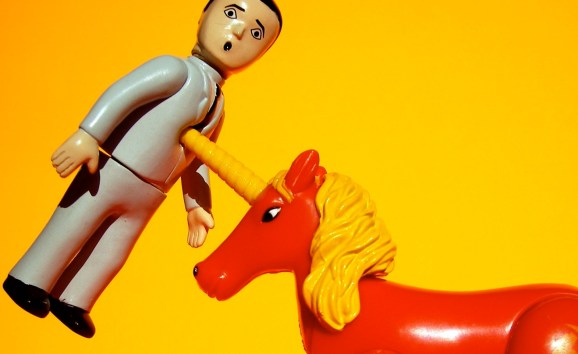 A family friend recently asked me for job advice. He had just received a job offer from a pre-IPO tech company on the East Coast and wanted my opinion. He had questions about his compensation and equity package. This company had recently raised a big round at a $1.5 billion valuation (what is now called a “unicorn”), and that made the conversation more interesting. It got me thinking about the complexity of private company fundraising and how most employees don’t fully understand the ins and outs of stock option packages, nor the traps.

Before sharing what I’ve learned, let me talk about how I’ve learned it. Over the last 20 years (gulp) I have either led or participated in the fundraising process for more than 10 rounds of private financing and most recently closed $32 million in venture financing for my company, InsideView. I have learned a lot of lessons along the way, and been forced to understand the deep details of financing. I’ve got the scars to prove it!

Now, let’s say that you are considering joining a unicorn that just raised a lot of capital at a high valuation — a great thing, right?

Not so fast. Here are some things to consider, with a specific focus on understanding the implications on equity grants.

It’s called a stock option for a reason

Everything else being the same, you are better off to be granted shares before a high-valuation round, not after. In today’s market, it’s not unusual for a company to receive a higher valuation before an IPO only to see it decline after it goes public, in which case your options could be worth less than you think.

Takeaways: When negotiating equity compensation, ask your potential employer to give you the implied company valuation represented by your stock options. This is calculated by exercise price times the total number of shares outstanding. Decide what you think the company is worth and compare the two. If you think it’s worth less, don’t join (or ask for a higher salary).

For example: You join an enterprise SaaS company that has revenues of $40 million. Similar companies in the public market are valued 5x current revenue, but this company just raised $100 million at $1 billion valuation (with 100 million total shares outstanding after the financing). Your stock options exercise price is $4 per share, but the valuation for a strategic buyer might be $2 per share (which is five times the current revenue, or $40 million x 5 = $200 million divided by 100 million shares). Those options won’t be worth much unless the company can increase its revenues by 5-10x. Are you comfortable with that?

Unicorns can become road kill if they miss expectations

Let’s imagine the same company, which just raised $100 million at $1 billion valuation, has 150 percent annual revenue growth and is in a hot space. But over the next 12 months the company finds it harder to grow at the expected pace. Early adopter customers are replaced by more conservative and slow-moving mainstream customers, implementations take longer, and some of the new products take longer to launch and mature. The CEO wants to hold to his or her commitments and invests more in sales and marketing to maintain the growth and R&D to improve the company’s new products.

Two years later, the company has grown from $40 million to $100 million in revenue (still excellent growth), but it has used up the $100 million it raised. It goes to look for more capital, but it’s now growing at only 30 percent, and VCs are no longer falling all over themselves to invest. They are willing to invest at a market-standard 5x revenue, or $500 million valuation, which is half the valuation from the previous round, and which kicks in anti-dilution clauses from the last round.

After the new financing (which is required to keep the company afloat), the VCs own 85 percent of the shares and employees only own 15 percent (down-rounds are very dilutive to employees). The founder-CEO is fired for not meeting investor expectations. The new CEO wants 5 percent of the total shares to join, the founder/ex-CEO retains 5 percent ownership, which leaves only 5 percent for all other executives and employees. Most key executives leave for greener pastures (the next unicorn), and the best employees follow suit. The company is sold, and the unicorn now looks more like a donkey. Most stock options are worthless because the option exercise price is more than their actual value (they are “under water”), or their shares are worth a fraction of what employees expected when they were first granted.

Takeaway: High valuations can turn into a noose if situations change and the company fails to maintain or meet lofty expectations.

Even a less drastic chain of events can create havoc on the value of employee stock options. Imagine you’re a VC considering an investment in the same company’s $100 million round. You think the value for the company is $320 million at most, but other hungry VCs are offering it a $1 billion valuation. If you want to become an investor in the company you are going to pay a $1 billion valuation, and you expect a 3x gain on this. How do you make the math work?

That’s where preferences come in. Preferences are a way to juice the return for venture investors at the expense of employees and earlier investors. In the case of a sale of the company, investors with a preference get paid back first. They are very common in high-valuation rounds, where a company is valued well above normal revenue multiples.

What’s the impact of preferences on employees? Let’s say the company is sold for $600 million 3 years after raising a $100 million private round at a $1 billion valuation. The company has done great, tripling its revenues from $40 million to $120 million in 3 years, so you assume your options are going to be worth a nice sum.

But wait! The investors of the $100 million have a 3x participating preference. This means they are guaranteed a $300 million return, so they get $300 million from the sale before anyone else gets paid. So the once-billion-dollar-unicorn becomes a $300 million outcome (once the $300 million in preferences are paid out from the $600 million sale), and your $100,000 disappears into thin air (the price per share is $300 million/120 million shares = $2.50, below your $3 exercise price).

Takeaway: Make sure you understand whether the company has offered preferences to investors and what they are before you accept that offer.

These are heady times. Employees need to be educated about the basics of stock valuation. It’s easy to get seduced by a potential employer with a big valuation. Market fundamentals remain valid in good times and in bad: Companies are valued based on their projected future cash flow (profitability). Companies that are not profitable tend to be valued based on revenue (assuming they have a solid business model that trends to profitability as the company scales).

When valuations run away from normal multiples, risk increases for investors and employees. As in the case of preferences, investors have ways to protect themselves from risk, and those protections are at the expense of management and employees.

P.S: For those interested in learning more about some of the topics discussed above, here are a couple of good articles:

“How to Build a Unicorn From Scratch – and Walk Away with Nothing” by @HeidiRoizen.

“The Curse of the Megaround” by @Kellblog.

P.P.S: I’m happy to answer questions and engage on this topic on twitter @umbertom.

Umberto Milletti is founder of InsideView. Prior to InsideView he cofounded e-learning company DigitalThink. He helped lead the company to a successful IPO and its acquisition by Convergys in 2004.