Some very big companies, like Adobe, Oracle, and IBM, are trying to unify the data that will allow companies to easily hit the right customer with the right marketing message on the right device at the right time. And for many marketing people, they’re failing.

The whole idea behind Josh Manion’s Ensighten platform is to provide an “open marketing platform” where its client companies can pull in many different kinds of first- and third-party personalization and targeting data.

The platform also provides a common place from which clients can orchestrate the activities of their many marketing tech and advertising tech vendors, so that creating, launching, personalizing, and optimizing new website experiences and marketing campaigns can be done quickly and easily.

“I think of it as a foundational layer to manage digital marketing in the future,” Manion told VentureBeat in a phone interview Monday. “The challenge I saw in the space was that marketers at large enterprises are unable to affect the change they needed to their mobile and web campaigns using their own platforms.” 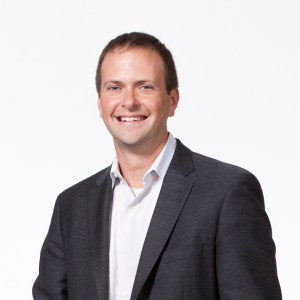 That’s a big challenge. Manion believes Ensighten’s open approach is the answer, but he needs some serious fuel, and some reasonable runway length, to deliver the platform on a large scale.

One of the key aspects of the Ensighten platform is providing greater autonomy to its clients. While third parties (like DoubleClick) are allowed to collect user data via cookies dropped in the browsers of web users, Ensighten’s client United Airlines, for example, drops its own cookie so that it collects the ad performance and user data and dumps it in its own data repository on the Ensighten platform.

To get third-party data flowing in and out of the platform, Ensighten provides an open API (application programming interface) to its vendor partners. The API even allows third-party vendors (like United’s vendors Atlas and DoubleClick) to share data with each other, where they would have had no way of doing so before.

The company has also launched a real-time mobile app optimization and deployment platform, which is designed to help developers and brands amp up in-app purchases.

The new funding round, a combination of debt and equity, totals $53 million, bringing the company’s funding total up to $108.5 million. The round was led by existing investors Insight Venture Partners, Lead Edge Capital, Mack Capital, and Volition Capital, with Silicon Valley Bank participating. 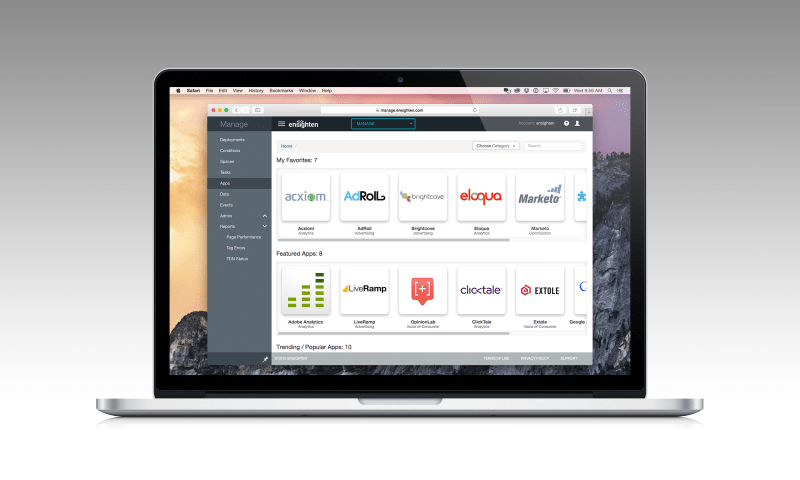 A $53 million chunk of venture capital isn’t something you see every day. Why does Ensighten need so much right now?

“It’s a function of the size of the addressable market,” Manion said. “We are addressing the entire dig marketing system, and the folks we are competing against include some very big companies like Adobe, Oracle, and IBM.”

“So a funding round even of this size doesn’t put us on equal footing with them by any means, but we do see the market as a green field for reinventing the way digital marketing is done,” Manion said.

Manion declined to offer specifics about his company’s actual revenue, but said “it’s been in the tens of millions for a while.” He also wouldn’t say exactly how many people the company employs, instead giving a range of between 200 and 300 people.