Go to a tech conference, and you need only look at the restroom lines to know that it’s a man’s game. Men often have a long wait while women can march right in.

Things fare a bit better in the data industry — go to Tableau Conference, for example, and women, too, have to wait in line. Women in the data industry share anecdotes of a slightly better-balanced field (though, ironically, there’s not much data available to verify this). 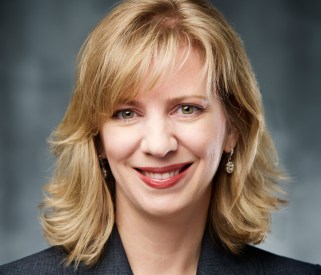 The data industry’s gender equity has improved over the years, though there’s still a long way to go, says Christine Birtel, who built her own analytics team at Wells Fargo.

“I see more women in leadership roles, but the equality that you would want to see is not quite there yet,” Birtel says. “But I’m seeing more and more companies that are starting to focus more efforts on tracks for women.”

One way to shift the balance is to help more women succeed. So what does it take to make it in the data industry? We asked three women who are making their mark.

Find other women to connect with

When you work in a male-dominant industry, you have to seize opportunities to connect with other women, says Birtel. The senior vice president takes time to make connections at conferences and speaking engagements. She’s also found an informal support group of women at the bank. 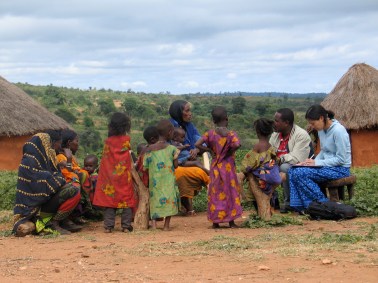 Above: Jennifer Chan listens to Borena women in Ethiopia. Her humanitarian work entailed gathering data to set up a drought early-warning system.

Humanitarian Jennifer Chan also subscribes to an informal approach. She relies on an “ad hoc network” that covers both of her roles — as an emergency medicine physician at Northwestern University, and as a crisis informatics coordinator with the nonprofit group NetHope.

Chan leans on her network for a wide range of support, from professional advice and collaboration to sharing personal reflections on the emotional strain of crisis response. She says this system works because there isn’t an emphasis on professional hierarchy.

“We talk about not just how you advance your career, but how you continue to be who you are, and balance your life,” Chan says.

Learn from anyone and everyone

If you want a mentor, don’t sit around and wait for the perfect role model to walk in the door, says Trina Chiasson, who founded the startup Infoactive in 2012. Chiasson says she remembers making a choice to find more mentors and role models. 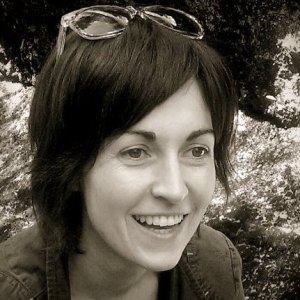 “There was a time where I felt like I was just making it up and I wasn’t sure how to be successful. When I started, I didn’t know many women who ran tech companies and I didn’t really have examples,” she says.

Chiasson looked for people who excelled at the things she wanted to learn. She asked friends and colleagues for introductions. And she arranged coffee meetings with these potential mentors to pick their brains.

“I try to pull strengths from lots of different contacts — a friend who’s extremely good at managing diverse communication channels, or another friend who’s good at taking business risks — and not focus on one role model who’s the be-all, end-all,” she says.

Push yourself and support others

Then there are ways in which you can help yourself along. For starters, give yourself permission to be imperfect, says Chiasson.

“I had a goal of failing a few times per week. I had this idea that if I wasn’t failing on a regular basis, then I wasn’t pushing myself hard enough and wasn’t taking enough risks,” Chiasson says. “If you’re truly pushing yourself out of that comfort zone, you’re probably going to stumble, and that’s kind of the point.”

But you also have to take care of yourself so you can endure those stumbles, says Chiasson. She prioritizes exercise, nutrition, and meditation even when her schedule is full to the brim.

“I think it’s really easy for entrepreneurs to give up those things when they’re working hard. And figuring out a way to prioritize them is really, really crucial to running that marathon,” she says.

Another way to strengthen the self is to bring people into the fold, says, says Chan. Learn when to coach and delegate, she says.

“That means really identifying those moments within the data space when people might just need skilled support, and determining when is the right time to delegate, and how to delegate it,” she says.

This isn’t just for the sake of the others, says Chan. As you delegate, you gain space to think about your own life and career, and where you want to head next. It’s a win-win, she says.

“It’s not necessarily a playlist or a checkbook; it’s a way of working,” says Chan. “Try to be open-minded, constantly listening and acting at the same time, and bringing people along the way.”

Hear more from women working in the data industry at the Data + Women panel at the Tableau Conference in Las Vegas.