Pini Yakuel, chief executive of Optimove, disclosed the data during a talk at the Casual Connect Tel Aviv event in Israel. He also said that mobile game players make a second payment in a social casino game 1.5 times faster than web players. The data confirm that monetizing social casino games — which is expected to generate $3.4 billion in revenue in 2015 according to analyst firm Eilers Research — is much easier on mobile devices.

On top of that, mobile social casino gamers play 1.6 times more days in a month than web players, and they initiate 1.4 times more game sessions. Most players have a clear-cut preference when it comes to choosing platforms, as only 4 percent of people play on both mobile and the web, Optimove found.

Those 4 percent multiplatform players are particularly valuable, as they convert to paying players 3.9 times more often than single-platform players. They are 20 percent more likely to make a second payment, and have a 10 percent higher average payment amount. They also return to the game 2.3 times more than others. 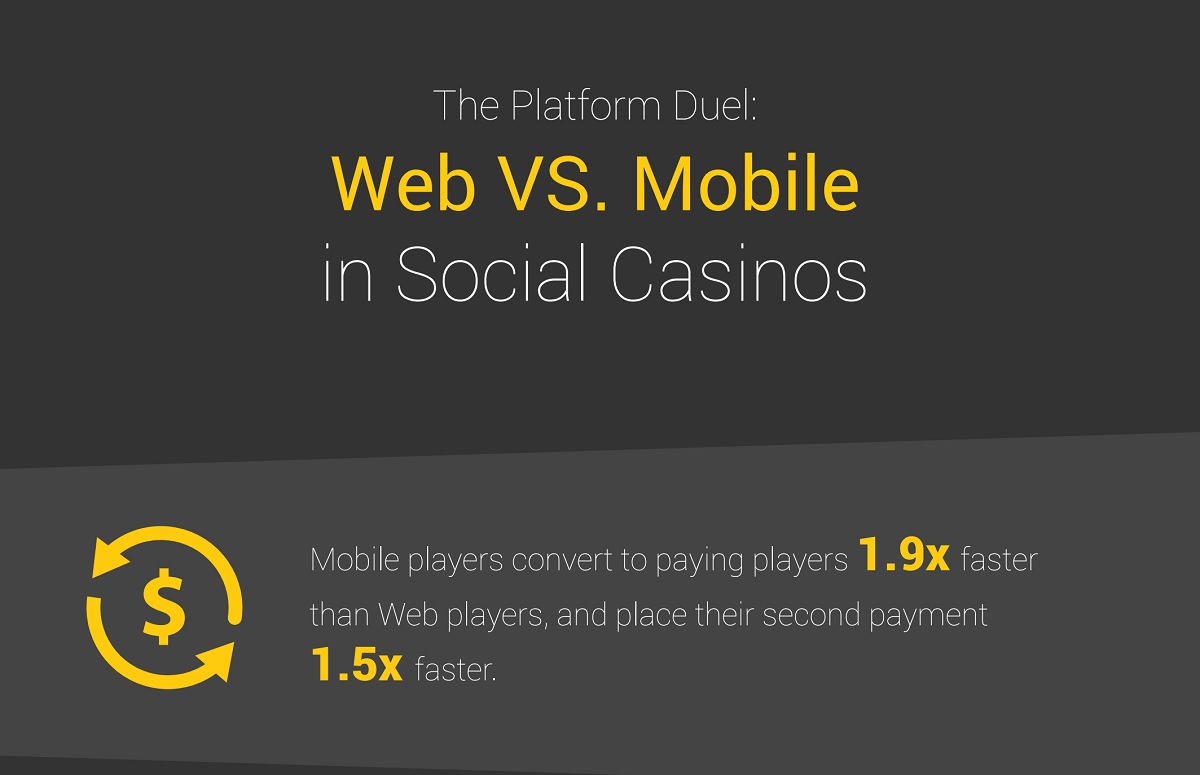