The House of Wolves (second expansion) 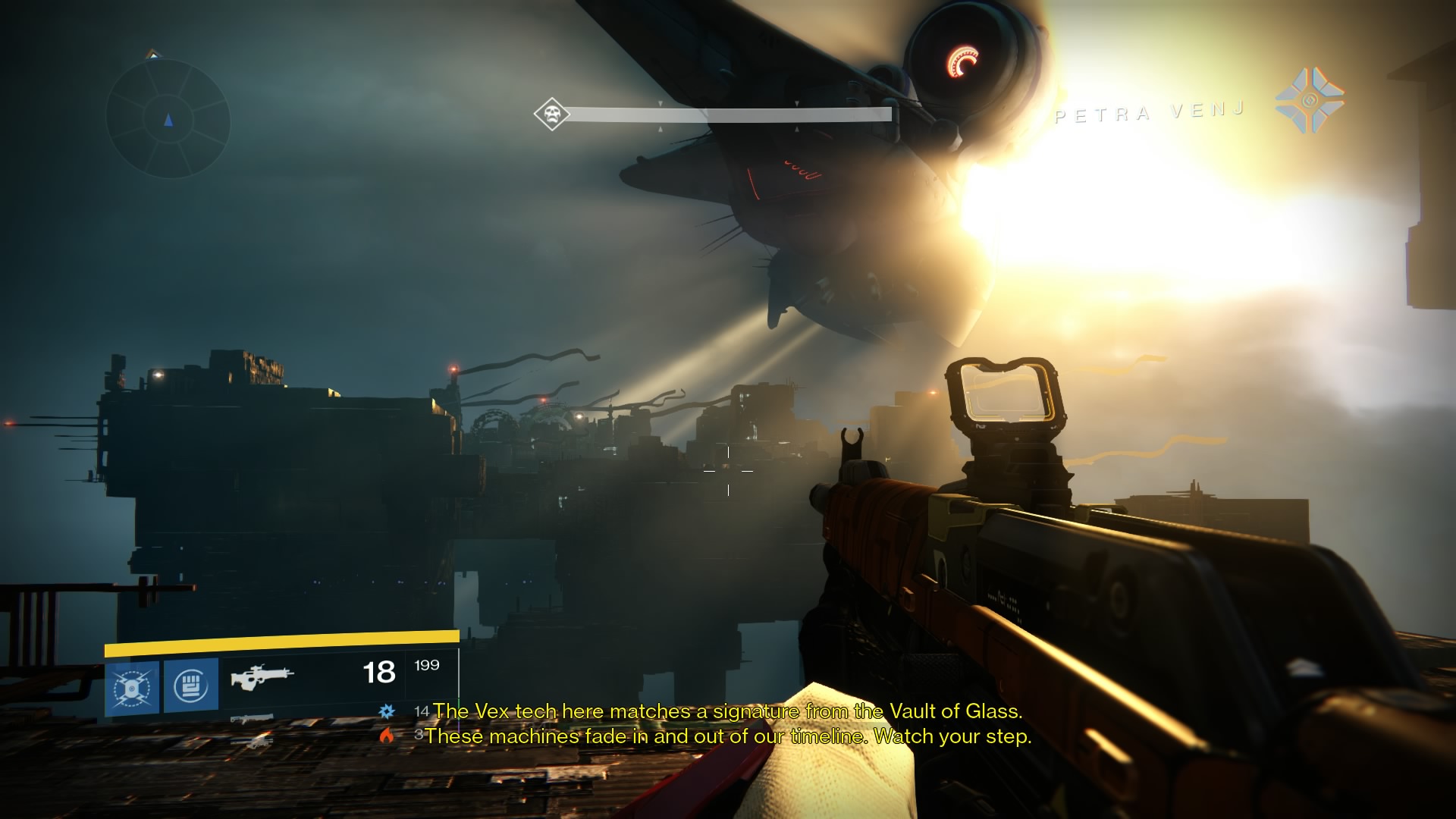 Above: House of Wolves introduced a few new areas.

In an interview with Xbox Achievements, Destiny lead designer Christopher Barrett said that one of the goals for House of Wolves was to create a new area for players to explore (a social hub known as the Vestian Outpost), and that it “sets a really great wrapper for the story and I think it adds to the narrative of the story itself.” Barrett noted that the way Bungie is telling stories in Destiny is always evolving, and that “hopefully you’ll see some continued evolution of our story content with House of Wolves.”

During another interview (this time with GameSpot), Barrett said that between the new story quests and bounties (where you hunt specific aliens for money and experience points), they want to “give players that fantasy of hunting down bad guys, killing them, getting lots of loot, that real bounty hunter kind of feel of the ‘Pirates of the Reef.’ That outlaw feel.”

In House of Wolves’s new social hub, you meet Petra Venj, the queen’s emissary, and Variks, a Fallen creature who’s actually a good guy. Like Eris Morn before them, Petra and Variks give you different tasks to accomplish: You’re helping them hunt down Skolas, a powerful and influential leader of the Fallen. While most of the story is still told through audio transmissions, it felt a lot more lively to have two characters talk to me (and often times to each other).

A long time ago, the Fallen and the queen’s realm waged war against each other. Petra and Variks offer different perspectives on that war, and they also provide some background information on the events that lead up to House of Wolves. They’re both charming, too. Petra is a veteran warrior, but lately she’s been stuck with mundane jobs, so she vicariously lives through you on these missions. Her positivity and excitement is contagious.

Variks is interesting because he translates Fallen chatter on the battlefield and talks about the time he was a part of Skolas’s army. Ghost is still unusually silent, but I didn’t mind it too much here.

House of Wolves was a vast improvement over Destiny’s storytelling blunders. It was the first time I felt like I was part of a team and not just some interplanetary errand boy. 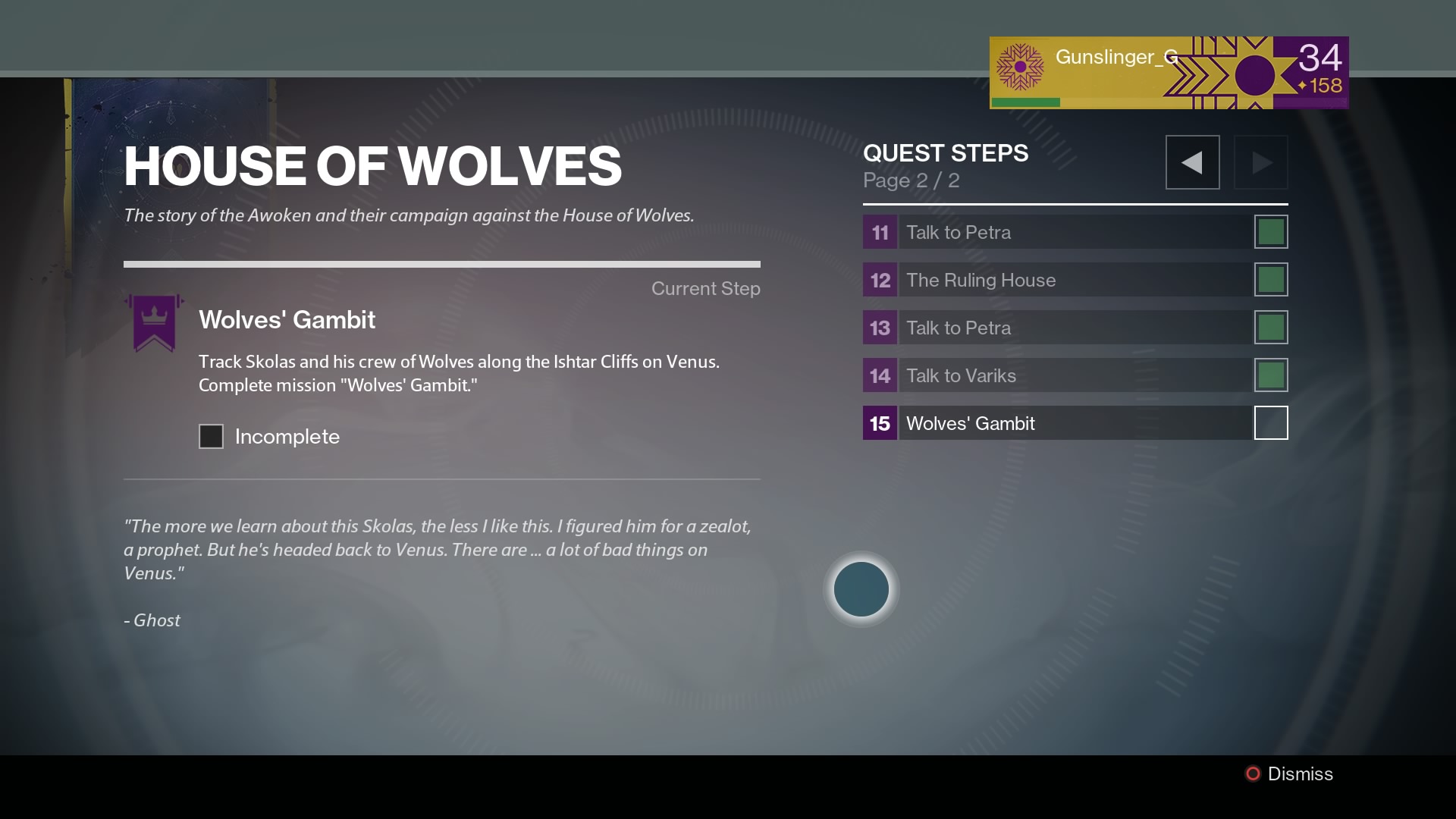 Above: The quest menu from the 2.0 patch organizes all of your activities.

Destiny’s big 2.0 patch wasn’t an expansion, but I put it here because it changed a lot about how it tells its story. Included in the 17GB update was the Quest tab, a new part of your character menu that organizes all the active quests you’re currently in; a new voice actor for Ghost (Bungie ousted Game of Thrones’ Peter Dinklage for Nolan North, thus erasing all of Dinklage’s lines from the game); and a subtle tweak in the top-right corner of your screen that tells you the name of the person who’s talking to you.

Everything worked as promised. But the new quest system confused me when I loaded up my dormant Warlock character (who I first played with last year when I bought the game). I saw completed tasks on my quest tab — like talking to certain characters in the Vestian Outpost — that I never actually did. Rather than backtrack to see what I missed, I did what any sane person would do: start over. As much as it pained me to go through the original story again, the quest system and North’s performance alleviated some of the repetitiveness.

Starting from scratch made me realize how much more information the Quest tab added. Ghost and other characters have more things to say in the descriptions underneath your chain of quests. The story is still nonsensical, but I at least had a better idea of what to do. North’s version of Ghost isn’t that different from Dinklage’s performance, but he does sound more upbeat than his predecessor. 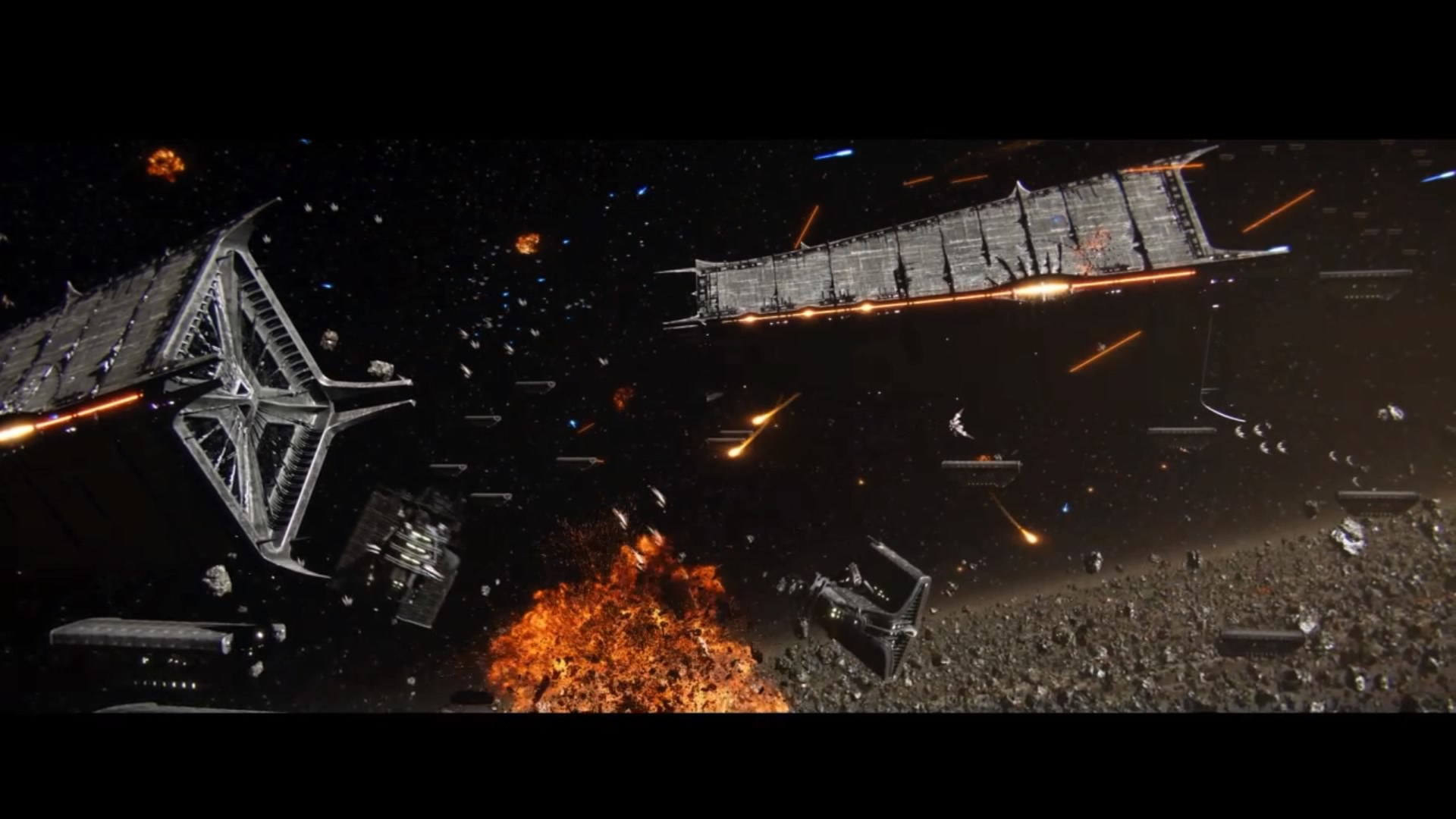 Above: The Taken King starts off with a bang.

As part of its coverage on The Taken King, Game Informer magazine spoke to executive producer Mark Noseworthy and creative director Luke Smith about how Destiny’s newest expansion would present its story. They said the campaign would last around six or seven hours, and that it’d have some humor to balance out the otherwise dark tale about Oryx, the father of Crota (who players killed in a multiplayer raid mission from The Dark Below). Smith said that Bungie hopes Oryx’s arrival “inspires” players to imagine what sort of repercussions their actions in The Taken King could have on future Destiny content.

Ghost would also have an expanded role as a “purveyor of lore.” Noseworthy spoke about hiding more bits of Destiny’s story in the environment that you can uncover through Ghost’s new scanning feature. It’s not the same as having the Grimoire Cards, but Noseworthy said “making some of [the lore] discoverable is really exciting.”