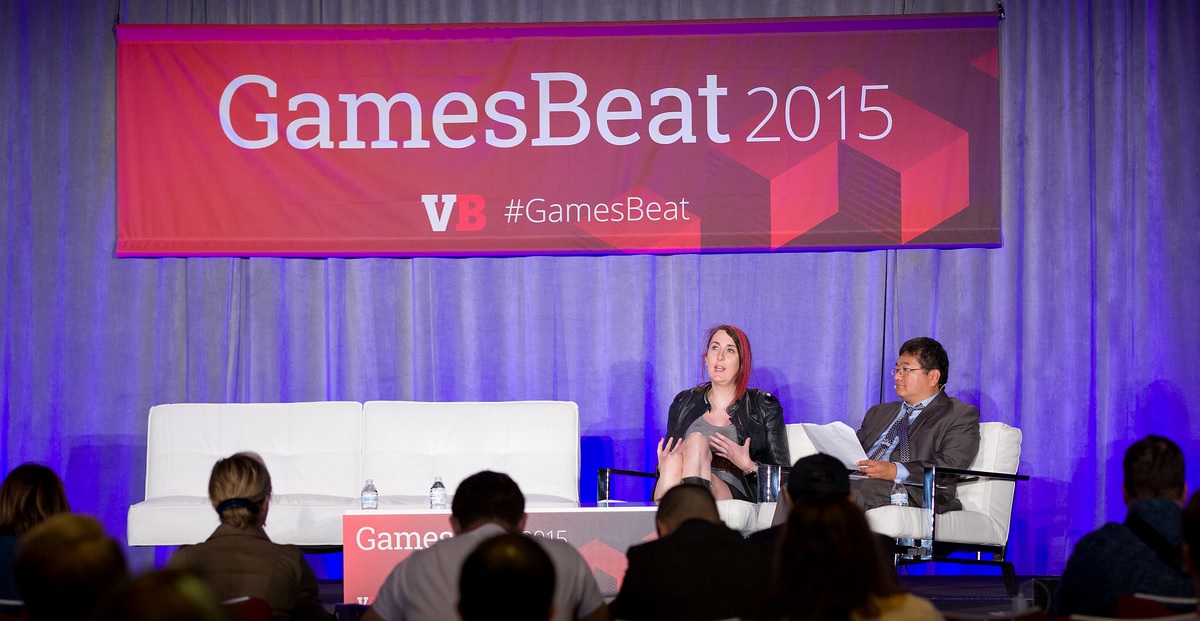 Above: Brianna Wu talks about VR with Dean Takahashi at GamesBeat 2015.

GamesBeat: Are you leaving mobile behind as you move into VR?

Wu: Absolutely not. As we go forward—We work with the Unreal engine. Part of the reason we choose to partner with Epic is, whoever ends up winning these hardware wars – whatever technology we use – I’m sure that Epic and the Unreal engine will support it.

We are ultimately engineers that care a lot about developing emotional frameworks. I don’t want to be a hardware engineer. That seems like a terrible job. We can take a back seat and just work with whatever formats come to the forefront.

Wu: Yeah! Snow Crash is a dystopian novel, but I think that sometimes when we’re talking about diversity—There’s a way to talk about women in tech like it’s the right thing to do, and it is. I want my women friends to be able to pursue jobs in this industry and get paid engineers’ salaries the same way men do. But it goes beyond that.

When I look at the PS4 and the Xbox One, I don’t know what you see, but I see a generation with almost no innovation. I say that with all respect to my friends out there shipping games on consoles, but when I look at Forza, I see the same game from Xbox 360 with prettier textures and particle effects. There’s nothing I’ve seen so far that couldn’t have been done in the last generation. Same story with first-person shooters.

To me, when we’re talking about women in tech, at its core this is about making better games. Guys, aren’t you all so frustrated with playing the same stupid game? I’ve been blowing people to bits in first-person since 1994. I feel like if we bring different people into the mix with different perspectives that are interested in different problems, I believe the future isn’t going to be Snow Crash. It’ll be much more interesting than that.

GamesBeat: Do you also feel that indies can prosper in VR?

Wu: I don’t know. One of the problems with VR is that 3D development is a lot more expensive than doing 16-bit retro-style games. I don’t know if I’d agree with that.

GamesBeat: There will have to be a different playbook from the biggest companies.

Wu: Absolutely. Unreal is doing something interesting, if you look at Unreal Engine 4. They have the marketplace, where you can buy some excellent assets. They’d cost me hundreds of thousands of dollars to build myself, but I can buy an entire library for a few thousand instead.

Still, I wouldn’t agree with that. We’re at a point now where—There were maybe about three years on the app store where a two-person shop could ship a product that would break barriers. Now we’re at a point where you need a team of five or 10 people to make a viable product. The marketing alone is considerable.

GamesBeat: Is the pitch going well? Are people listening to your point of view about women and VR and the potential out there? 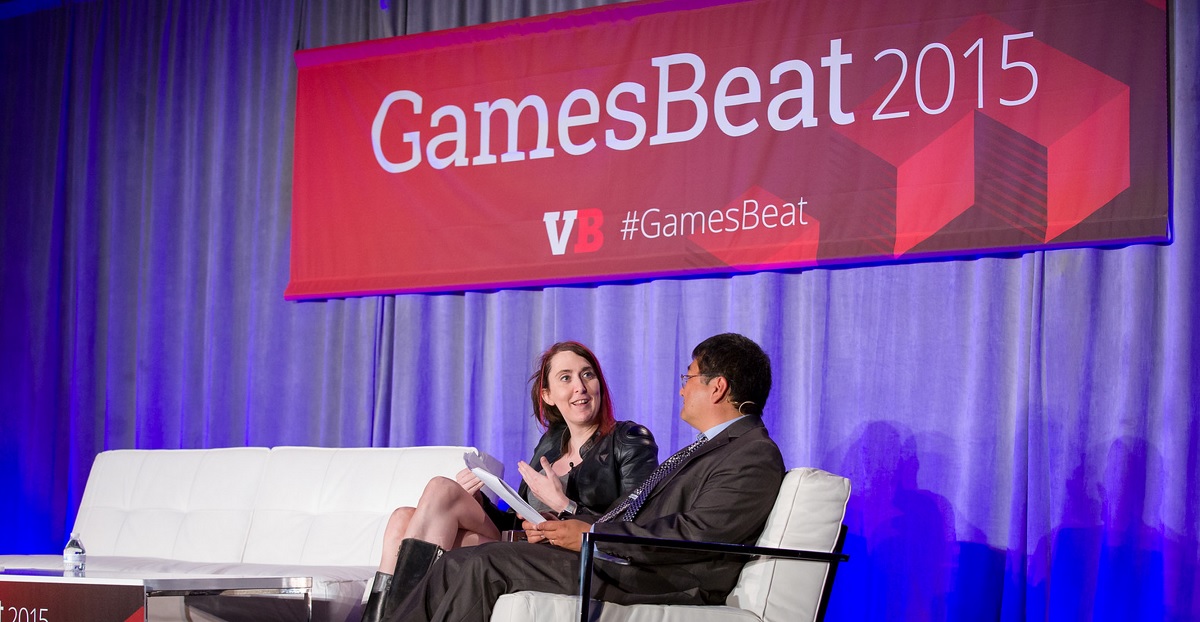 Above: Brianna Wu of Giant Spacekat wants more women in the game industry.

GamesBeat: At the end of all this, do you still have an optimistic view of technology?

Wu: I don’t know if I’d call it optimistic. I see opportunities. I feel like this year’s taken us to the darkest parts of the internet. Have you ever been on 8chan or Kotaku in Action?

GamesBeat: I try not to.

Wu: Sometimes, when you read this, it affects you. It makes you feel darker. It’s hard to hear that chorus of voices tearing you down all day long and not let it affect you. I wouldn’t say I have an optimistic view. But the engineering me wants to look at this and make it better. I’m interested in building the future from here. I’m very positive that whatever we build next is not going to be worse than what we have right now.