Do you think that three friends are one too many? Does having just one companion make you feel lonely? Nintendo has got the game for you.

The Legend of Zelda: Tri Force Heroes, out on October 22 for the Nintendo 3DS, serves the niche three-player co-op market. It has familiar Zelda action, but players worry less about exploration and more about throwing their friends around platforms and puzzles.

It’s a departure for the series, but it does offer some clever gameplay. However, you really do need those two friends to get the most out of the experience.

Remember the Four Swords Zelda games? Tri Force Heroes is kind of like that. The obvious difference is that it allows three-player co-op instead of four. However, the gameplay is also different.

Tri Force Heroes largely centers around the Totem mechanic. This allows one player to grab another and put them on their shoulders. Then, the third player can grab the bottom one and create a three-person Totem. Not only does this allow you to throw people to high or out-of-reach places, but the top player can also attack and use items. And while the bottom one takes care of movement, the second player can throw the top one at any time. It gives everyone a different function in a clever way. 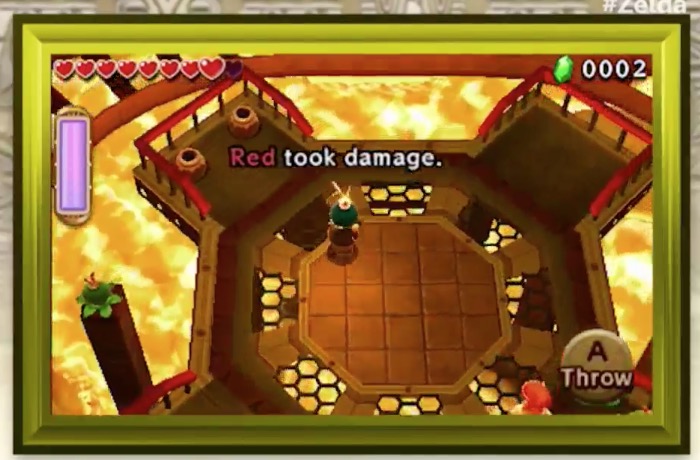 The items are fun and varied. At the beginning of each level, three of them appear on three pedestals. Each player can grab one, and then they’re stuck with it for the rest of the level. Sometimes, the available weapons are the same, but most of the time, they’re different. Players need to coordinate who gets what, and you’ll often need to use the weapons together. For example, someone might have to use a grappling hook to grab another player’s bomb.

While those are familiar items for Zelda players, Tri Force Heroes also has new toys. The Water Rod creates a pillar of — you guessed it — water that creates a platform to help you reach high places. The Fire Gloves, meanwhile, let you throw a bouncing fireball (while playing a familiar sound effect).

Connecting with friends is thankfully made easier since you only need one cartridge for three 3DS owners. Those using download play still get to keep the materials and costumes they unlock between sessions, too.

Success in Tri Force Heroes often depends just as much on your preparation as it does on your skills. Fashion is the main theme of the game, and players can create and wear a variety of different costumes, each with different effects. One will let you shoot beams out of your sword at full health, one will let you walk on ice without slipping, and others make specific weapons more powerful. It’s important to equip appropriate costumes for the right levels.

Creating the outfits requires materials, which you earn at the end of each level. After beating a stage, three chests appear, and each player gets to open one. Two will hold common materials, while one will have a rarer one. You can also buy items from a shop in the game’s town, with the stock refreshing every day. Another store lets you play a guessing game every day, with your odds of winning a crafting material increase with each try.

It’s fun to make new costumes, and they all look great and offer helpful benefits. Also, it adds value to repeating levels, since it can help you earn more materials. 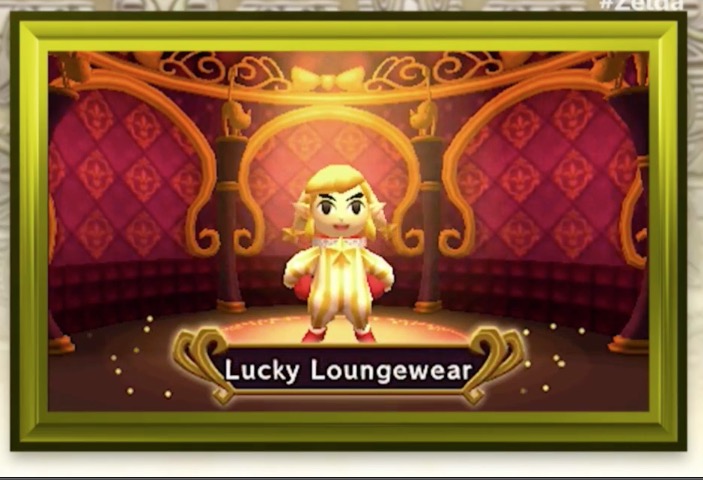 The music and whimsy

I know, you probably could have guessed that the music in a Zelda game is good, but I’m going to tell you how great it is anyway. The soundtrack in Tri Force Heroes has an almost Celtic quality that makes it stand out from other Zelda entries. The music is also dynamic, so instruments will change depending on certain situations, like adding players to a Totem.

The tone of Tri Force Heroes is a lot more whimsical than most Zelda games. The main bad guy is really just a fashion designer who forced an ugly outfit on a princess. It’s hardly the life-and-death stuff you usually get from Ganondorf. This is a markedly lightweight affair with a minimal story, which actually works well with segmented level design.

The co-op works great. However, sometimes you won’t have friend to play with, or you won’t want to connect with strangers over the Internet. Tri Force Heroes does have a single-player option, but it’s not nearly as satisfying. You use the touchscreen to select which of the three Links you control, while the other two turn into motionless dummies. You can actually play through the whole game this way, but it’s much slower. It loses a lot of its fun when you’re not trying to coordinate with nearby friends, yelling at each other during mistakes and celebrating your achievements. 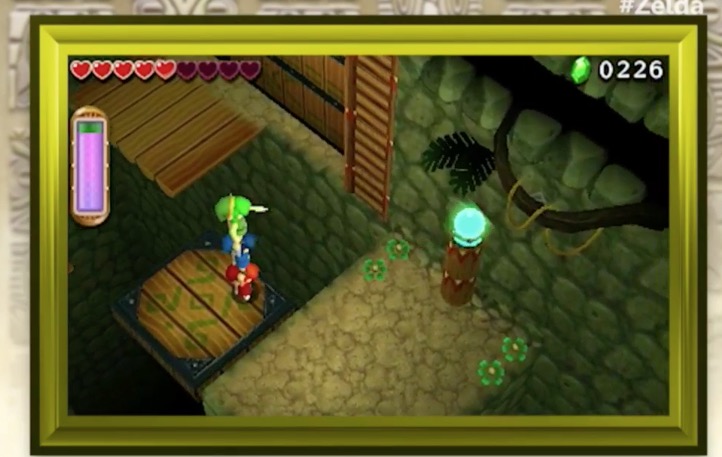 A lack of variety

About halfway through the game, I was losing my original enthusiasm. Around this point, Tri Force Heroes stops introducing new items, so it feels like you have less to discover. Also, the game relies heavily on the Totem mechanic, which can begin to feel tedious, especially when you’re playing alone.

The levels have overly familiar themes. You have the forest section, the ice section, the fire section, and so on. Each of these areas have four separate levels, so you’ll see a lot of similar areas.

Tri Force Heroes is a lot of fun when you’re playing with friends, but make sure you have two buddies who can dedicate some time. The experience just isn’t as engaging when you’re alone, and you lose a lot of the social elements when you play with strangers over the Internet.

Still, even when it’s firing on all cylinders, the initial spark of creativity that comes from the three-player co-op begins to feel familiar. After the halfway point, the game doesn’t offer enough new twists to keep things interesting.

The Legend of Zelda: Tri Force Heroes is out for the 3DS on October 23. The publisher provided GamesBeat with a code for the purposes of this review.