We’ve all heard of the Rich Kids of Tehran Instagram account that flaunts the lifestyle of a shamelessly rich group of kids in Iran, or of playboy Dan Bilzerian, who shares snaps of his life of guns, cars, and half-naked models. There are many more such examples.

Instagram just passed 400 million monthly active users, sees 80 million photos shared per day, and is preferred by teens today to Twitter and Snapchat. It also — unsurprisingly — makes headlines when it’s down, even if just for a few minutes.

But there’s a darker side to maintaining an online account on media-rich social networks, and that’s been true for many years now. Facebook, Instagram, Snapchat, and Twitter have all brought with them an entirely new way to interact online, but they’ve also created a new playground for Internet pervs to congregate.

That’s the side of social media that Mia Matsumiya wants to shed light on with her new campaign: an Instagram account called Perv Magnet that has racked up over 45,000 followers to date. It includes screenshots of messages from her old blog in the days before Facebook, through to the arrival and disappearance of MySpace, and on into the present day.

“I didn’t deserve to be treated this way and neither did other women,” Matsumiya told BuzzFeed earlier this week. “I decided I needed to do something about it, so I created the Instagram account.”

With news yesterday that a single online hacker is taking down racist and homophobic websites one by one, it’s good to see more attempts to bring to light that darker side of the Internet that it’s sometimes all too easy to turn a blind eye to.

You can check out some of the offensive and threatening messages Matsumiya has compiled below, and many more over on the Perv Magnet account. 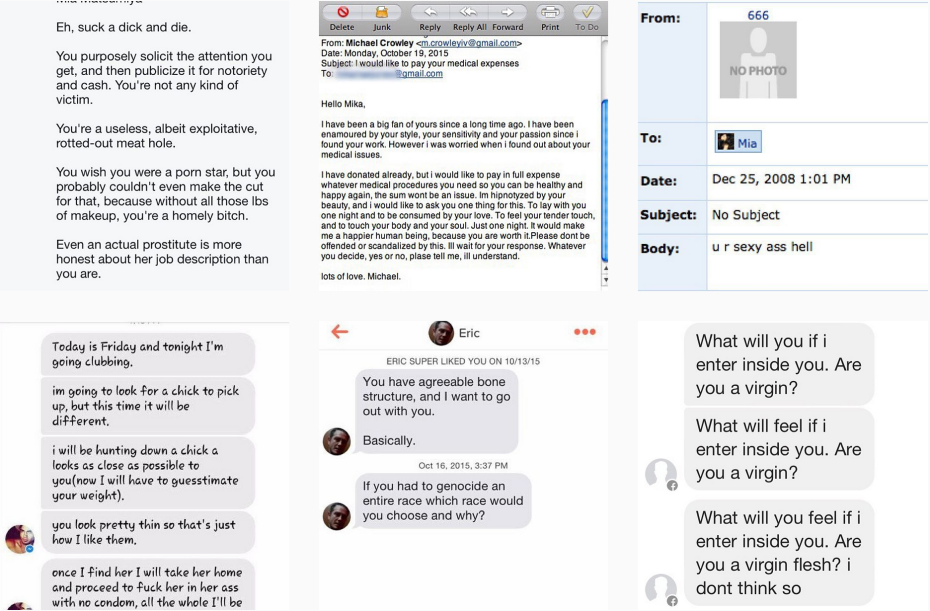 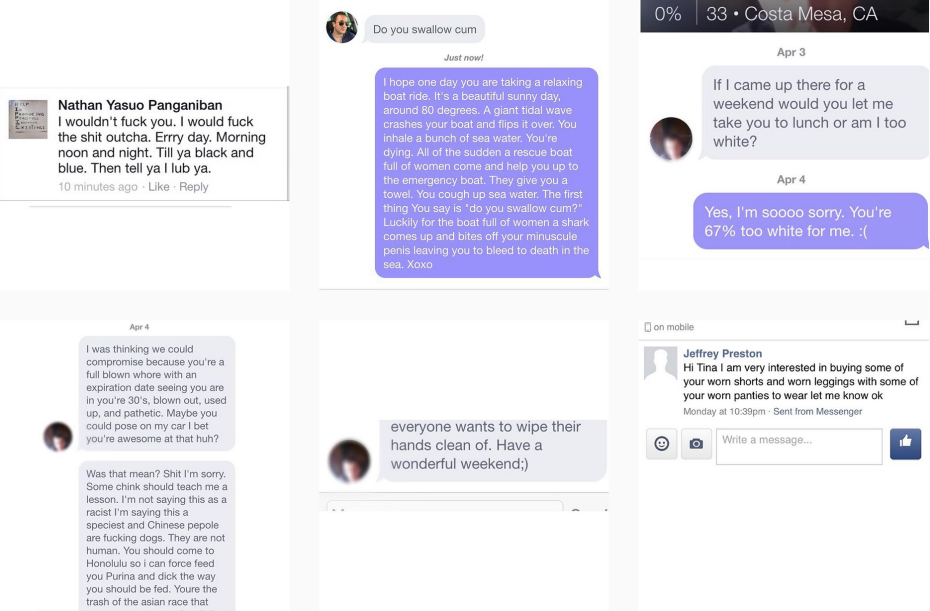