Before my daughter got to test out Dash and Dot, our dogs were already getting to know them.

I’d gotten the two kid-friendly robots — Dash, who sits up high on three wheels, and Dot, his more static little partner — up and running less than 10 minutes after opening the box. That included installing five different apps from the Apple App Store and giving them both a quick update over their Bluetooth Smart connections. I guess they brought the kid out of my because, a couple of minutes in, I was running Dash around the living room floor, making him bark at the dogs. They were both kind of puzzled that this little blue thing — most definitely not a dog — had a mind, and a voice, of its own.

But neither Dash or his little partner, Dot, are sentient. You have to teach them to interact with the world (if you’re not taking direct control of them with the Go app). That’s where the more sensible member of my testing team — my 11-year-old daughter — came in, after she got home from school.

Dash and Dot recently got a major new app that makes programming them feel super intuitive. Wonder is the visual programming interface that the Wonder Workshop team has been dreaming of since its $1.4 million Kickstarter success back in 2013.

Dash and Dot’s other apps — Blocky, Go, Path, and Xylo — all have value, but Wonder feels kind of special. It’s an intuitive and kid-friendly way of presenting coding and robotics.

Using Wonder, which Wonder Workshop’s cofounder Vikas Gupta described as a breakthough during a phone call last week, my daughter managed to turn Dot into a disco ball, a security sensor, and a kind of Furby, all by linking lights, sounds, sensors, and actions in different ways by dragging her finger across the iPad. And seeing the robot running through the programming sequences on the screen while it completed its real-world tasks helped form a link between “code” and physical actions that made a whole lot of sense. 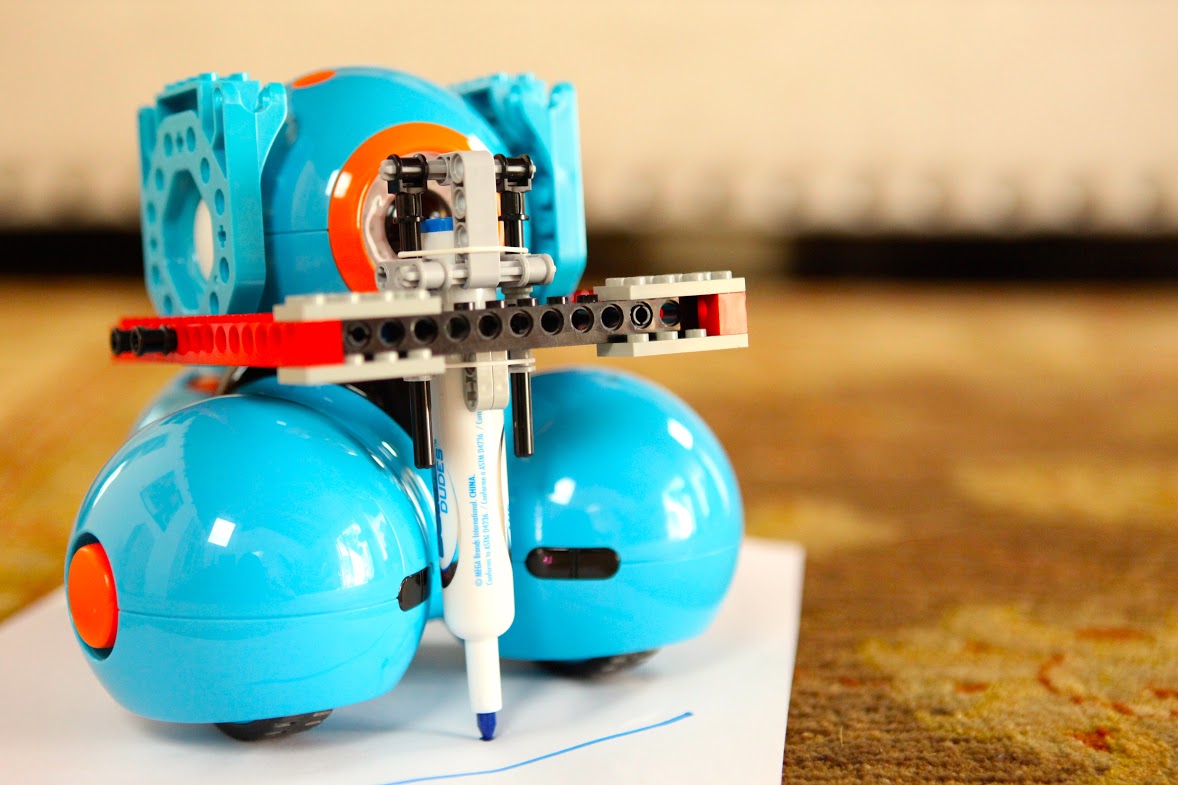 Above: Dash and Dot are compatible with construction toys like Lego.

A lot of robotics projects aimed at kids involve building the robot itself. That’s the approach Wonder Workshop was originally going to take, but the team discovered it’s not necessarily what kids (or parents) want. That we could get both robots going straight away was definitely a positive thing from my point of view. While it’s great to have a family construction project, sometimes interest wanes before it’s completed.

“What we found out very quickly was that kids did not find it a lot of fun to build a robot from the ground up that will take hours to build,” said Gupta. “Kids at a younger age wanted to get much more quickly to point where they felt they were engaged and [having] fun and interacting with the robot. That was one big revelation for us.”

By removing the construction element, Gupta says that Wonder Workshop has made Dash and Dot more powerful while keeping their price relatively low — the pair cost $200, with all their apps free to download.

Recently, Wonder Workshop also made Dot available to buy separately for $50. It’s a much lower price for anyone wanting to give robotics a try.

“We wanted to Dot to be a low enough price point so a lot more people could potentially get started with this,” said Gupta. “What we found from a lot of parents was they wanted to get started but they were looking for something that’s even less expensive to test the waters.”

While you can’t make Dot race around the living room floor, it’s still a powerful tool and has a lot of programming potential. My daughter recorded her own voices for Dot and made it react with lights and sounds to hearing voices, being rocked, and having its various buttons pressed. It felt like she was building the brains of her own Furby toy.

She accomplished all that in the Wonder app’s free play mode, but she also worked through a lot of the built-in challenges for both robots. Both of us were captivated by the activity that had her turn Dot into a dandelion clock. When the program was up and running, we blew repeatedly at the little robot, making his eye lights blink out one at a time. It was super cute.

Gupta said that kids are demanding more challenges as they’ve sped through the new Wonder content. “Now we’re pressed to continue releasing new content so we can keep the kids happy,” he said. 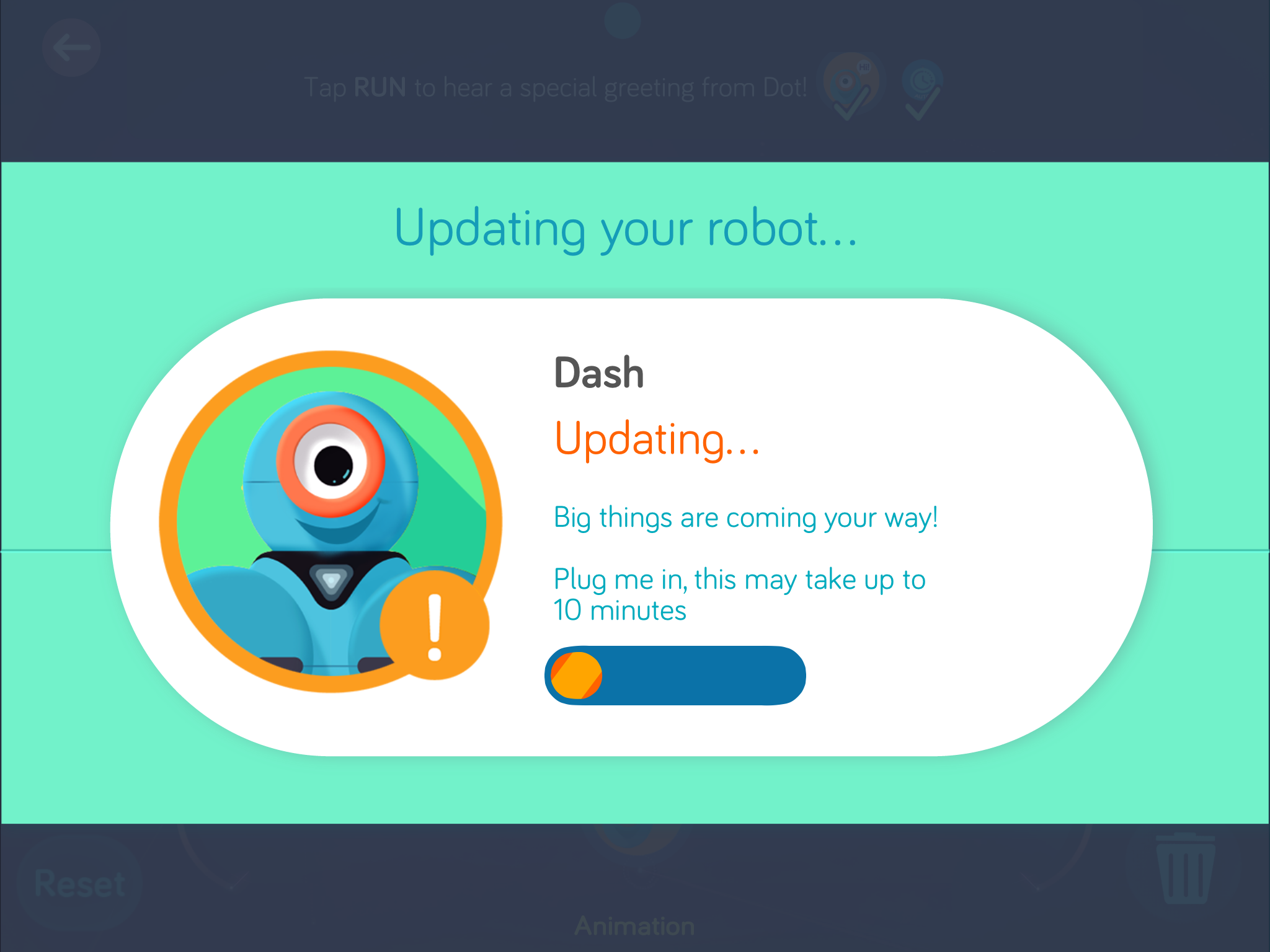 Above: Updating the robots is quick and painless — they’re pretty much ready out of the box.

We’ve seen a renaissance of interest in robotics over the past couple of years as parents and educators look for new ways to teach kids how to code.

Everything to do with robotics involves elements of programming or coding. But Gupta says that robots add an unpredictability to the equation which makes kids think differently than if they’re just working on a screen.

“You don’t know at any point what the robots going to interact with,” he said. “That leads to solving problems in a different way. I would call it a very robot-centric way of thinking because you have to enable to robot to make a decision based on what it senses. That’s a very different way of thinking for coding and problem-solving as opposed to programming a game on a screen where you, as a programmer, have complete control over the environment.”

Dash and Dot both have multiple ways of sensing the world around them. Dash has distance sensors at the front and rear along with three microphones to detect sound direction. Dot can also hear sounds and has an accelerometer to detect  tilting, shaking, movement, and even when you’re tossing him around. And both robots have four buttons you can also use as inputs.

Kids can all use those sensors to make the robots do some pretty clever stuff, as Gupta found out during a recent testing session.

Two kids were playing with the Wonder app in the office, independently of each other. One girl programmed her robot to move around randomly, navigating walls and saying random things. The second kid programmed his robot to respond to a voice, turn around to where it was coming from, and move toward it.

These two kids came together and figured out that they could make one robot follow the other by using sound. “Suddenly, we had these two robots following each other around all over the office,” said Gupta. “That was a very nice, serendipitous, collaborative game that came together in front of us.”

Getting girls into technology was always part of Wonder Workshop’s mission. “If you look at the entire robotics industry, the products that come out tend to look very intimidating, and, as a result, we’ve lost girls in a big way,” said Gupta.

My daughter’s never been especially girlie — she spent a year dressed mostly as Spider-Man when she was very little — but she’s changing. There was never a question that Dash and Dot wouldn’t appeal to her, though. In fact, she thought they looked and sounded great. But the two robots were originally quite different.

At one point, the robot that would become Dash had its wheels visible. “We would always hear back from girls that, ‘This looks like a truck or a car — my brother would play with it. It’s not for me,’” said Gupta. The kids had no clear answer about why the robots looked this way, and it puzzled the design team for a while.

Almost by accident, the team ended up hiding Dash’s wheels, and the next testing session yielded very different results: “All of a sudden, we saw a big change. Girls would call it a monster or a cute little thing. They wanted to play with it, they wanted to dress it up, they wanted to change it. It became their toy — it wasn’t any more a toy that their brother would play with.”

Above: Wonder plays out like a story mode full of challenges.

After she’d spent a few days playing with Dash and Dot, I asked my daughter for her thoughts. She kindly provided me with a couple of lists, which I’ll present here with just a few additional notes.

The reasons why she thought they were fun:

But Dot and Dash brought some criticisms, too: 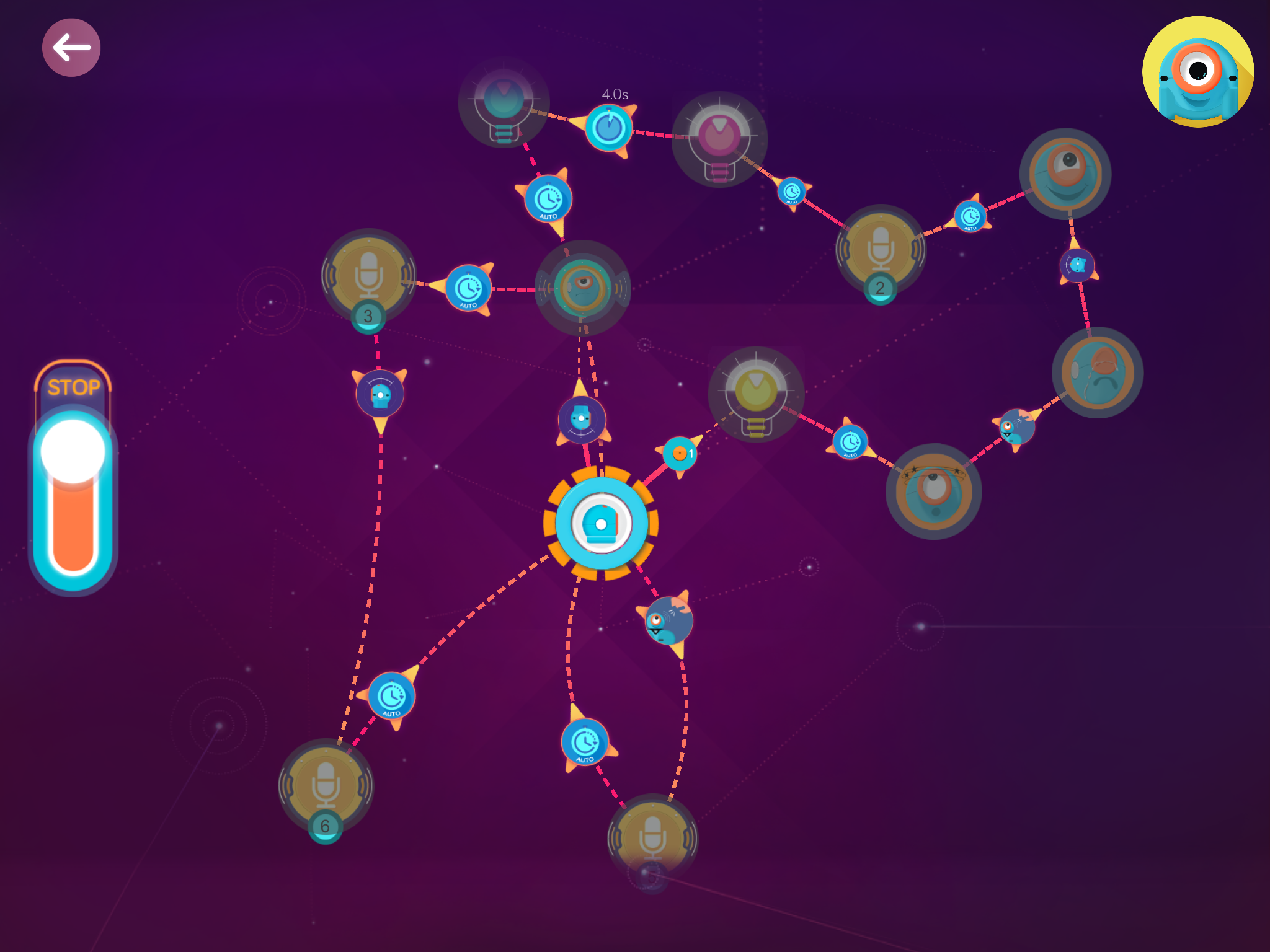 Above: A work in progress.

Elementary school and beyond

Dash and Dot are already in 600 elementary schools, mostly across the U.S., helping kids with their programming education. Wonder Workshop provides lesson plans to help teachers get the most out of the two little robots.

The child-friendly look and tangible feel of the five Wonder Workshop apps provides a great way of getting kids across a range of ages involved in controlling and programming Dash and Dot. While my daughter found the Path app quite restrictive, I can see that being a big hit with younger kids who want to run Dash around the place, controlling what he does on the way. And Blockly is ideal for kids used to programming in block-based systems like App Inventor, Blockly, and Scratch.

Interestingly, some middle and high school children are also making use of Dash and Dot, and it’s a market that Gupta sees as having future potential, particularly if Wonder Workshop releases the text-based interface that formed the prototype for Wonder.

“One of things we have been looking into is the programming paradigm we build Wonder with,” he said. “We started out with a prototype based on Javascript, so we have a module that’s working that takes the same interface, but it’s text-based programming on a Mac or a laptop. We constantly think about how and when we can release that to the world and how can we make it work.

“It’s not a finished product yet, but it’s definitely something we will consider doing at some point. Children can start with the visual interface of Wonder … then they can turn that around and see the code. So they can take the leap from purely visual interface to a text-based interface.”

But for now, Wonder Workshop’s focus remains very much on younger kids and making robotics child-friendly. “Kids at the age of seven or eight should be able to do a phenomenal amount of stuff with the robots,” said Gupta.