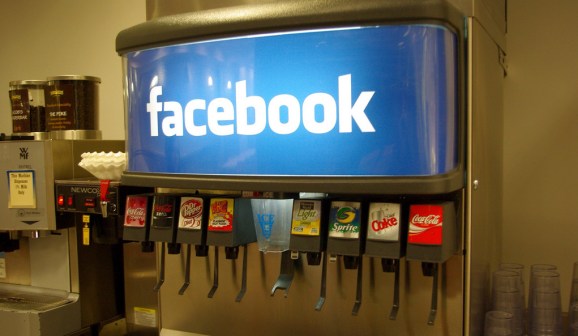 Several research reports this month have pointed out that Google’s display ad business is growing far more slowly than Facebook’s.

In short, the reason Facebook display ads are growing faster than Google’s is that Facebook has been able to “clone” audiences of people who have already bought the advertiser’s product.

With Facebook’s Custom Audiences product, advertisers upload a list of their existing customers from their CRM, then Facebook goes out and finds people with the same demographic and social characteristics. Facebook then delivers ads for the relevant products to these users’ desktop or mobile devices.

This strategy has resulted in far higher click-through rates for advertisers.

“Facebook has been gaining against Google because it is able to execute people-based marketing programs for its advertisers,” said Jordan Cohen, CMO of Fluent, an advertising technology and brand marketing firm. “It enables deterministic, cross-device targeting of logged-in individuals, as well as the ability to target custom audiences leveraging its advertisers’ existing CRM databases and 1st party data…”

Of course, Google has been under pressure to come up with an answer to customer cloning, and at Advertising Week in New York last month it announced a new product called Customer Match. Customer Match does basically the same thing as Facebook Custom Audiences, but with slightly different data sources.

Customer Match allows the advertiser to upload email lists of current customers, then finds logged-in Google users that look similar demographically. Google then delivers ads to those users across Google’s various properties, like YouTube, Search, and Gmail, and across desktop and mobile devices.

“‘Customer Match is an effort to stem the bleeding here and should position them to regain some momentum in Q4 and beyond,” Cohen said.