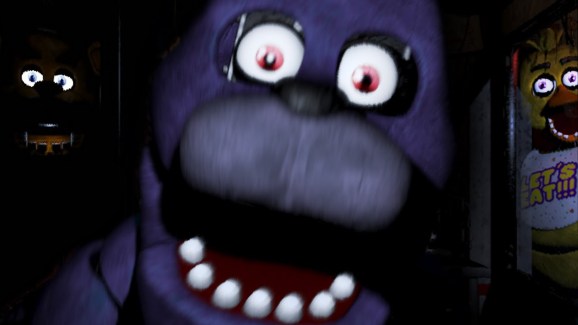 YouTube gaming personalities aren't exactly sure what to make of the new subscription service.

Earlier this week, Google announced that it is finally introducing its subscription model for YouTube, but it has the community creators on the site reeling from the uncertainty.

Being a YouTube partner, YouTube Red makes me uncomfortable. There's a reason why more industries are going F2P rather than P2W.

The YouTube Red problem has two parts. Partners don’t really understand what it means for them, and Google is essentially forcing them to agree to the terms of the subscription model regardless.

“All I know is that it’s a subscription service which takes off ads, you can save videos and watch them offline, and it’s $10,” YouTube creator Lewis “Dawko” Dawkins, who is a well-known YouTube gaming personality, told GamesBeat. “That’s all I know. I don’t know what it means for my channel.”

We asked YouTube for further clarification, and we’ll update this post with any new information. The company is pointing its partners to this FAQ to answer questions.

But Dawko, and the others we spoke with, have felt like they don’t really have a choice but to go along with YouTube on this. That’s because if you are a partner and don’t agree to the new terms, Google will automatically set all of your videos to private. No one will see them unless you invite them to, which means you’ll lose all of your ad revenue.

“As a YouTube Partner, I’m not sure how to respond to this Red coercion,” YouTube partner Wilkin Brutus said on Twitter. “But business is … well, business.”

Neither Brutus or Dawko know how they’ll make money from Red. We’ve seen rumors that claim 55 percent of net revenues from subscriptions will go to creators, but a YouTube spokesperson would only confirm that the split would have “the vast majority of the revenue” going to partners. But it’s unclear how that will get divided up and whether it’ll mean more or less money for partners.

All of this goes back to the uncertainty. But at the same time, most creators are just going along with these changes.

“The coercion with YouTube Red was pretty direct, [but I’m] just going with the flow now,” Brutus told GamesBeat.

“I am a guy who just goes with the flow of things,” he said.

Dawko noted that YouTube is the reason he is even making a career as a video creator in the first place, so he didn’t even hesitate to agree to keep working with Google.

“I trust YouTube to know what they are doing,” he said. “They have been incredible to myself and lots of other content creators, so I know they are making the right choice.”

YouTube has created a new industry for consumers to make money from their videos. Thousands of people generate living wages from their videos on YouTube, and they don’t really have that option anywhere else online. So while creators are going along with things, many are also willing to give YouTube the benefit of the doubt.

“I heard one of the main reasons they are doing this is due to the uprising of adblockers, which is affecting everyone,” said Dawko.

But when I asked Brutus if he thought YouTube would go forward with YouTube Red if it had any real competition in the video-content space, he didn’t seem convinced.

But, of course, some people aren’t worried at all.

“I don’t mind YouTube Red,” YouTube gaming personality ZombiewarsSMT told GamesBeat. “People are just freaking out about it. I don’t think many people are even willing to pay $10 for no ads. There will those few that do, but [critics] are looking at it like everybody is going to.”

The reality is that YouTube and its creators will likely continue with business as usual, and we won’t really know how this will all play out until people start getting bigger or smaller checks from YouTube.