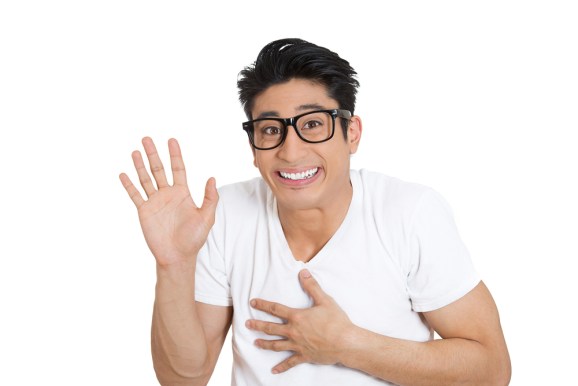 The relationship between user experience (UX) and engineering is a crucial factor when it comes to generating technical innovation. After spending a week at the SXSW Interactive festival earlier this year, I was struck by the number of missed opportunities to nurture this relationship or even understand it better. UX professionals and engineers just don’t talk, and when they do they usually speak different languages.

If we can chisel away at the UX/engineering divide and get the conversation flowing, we have much to gain in the quest for innovation. But how do we get these folks to be friends when they are so different? The simple formula for developing this relationship is that you should be talking. A lot. You should be sitting together, meeting together, and reviewing each other’s work on a daily basis.

Here are three relationship tips for UX and engineering:

1. Nix the language barrier
As a young designer, I spent more time than I’d like to admit trying to teach my engineering colleagues the detailed principles of user-centered design, in the hopes they would better understand the value in the decisions I was making. Unfortunately, my attempts to convey the nuanced push-and-pull between learnability, usability, discoverability, etc. were an exercise in futility that almost always backfired.

I was determined though; instead of making everyone a UX expert, I realized that we needed to nix the language barrier. To have a real conversation we must remove the esoteric terms we UX guys love and replace them with fundamental concepts that already have meaning.

For me, that formula has boiled down to six core concepts that people already understand:

This basic vocabulary provides enough context to allow users, team members, and executives to express their feedback about pretty much any UX issue with little to no training. It provides a baseline for rich conversations and meaningful metrics regarding the qualitative aspects of any feature, product, or even the company in general.

2. Ask permission
Much of the friction that arises between UX and engineering comes when UX designers present beautiful, interactive designs without first obtaining the engineers’ blessing. The perception here is that designers don’t understand that they are asking for something special and, often, time- and labor-intensive.

Fortunately, this problem has an easy solution. Communicating your design ideas early and often is a start. To really win over your engineering team, try asking them whether something is feasible, or whether it’s cost prohibitive. Great user experiences usually aren’t the lowest cost implementations, and acknowledging that additional effort up front shows a great deal of respect, while also inviting the engineer to own a challenging task that will add value to the product.

Engineers live to solve technical problems, but they deserve to be recognized when they tackle something extraordinary. Inviting engineers to be part of the design process is a small demonstration of respect that goes a long way. In time, you’ll find that your engineers will go out of their way to impress you with their skills … and you’ll both end up looking like rock stars.

3. Share. Inspire. Compromise.
At the risk of repeating myself, I’m going to repeat myself. The more often your engineering colleagues see what you’re working on and collaborate with you, the more rewards you’ll reap as your relationship strengthens. Aside from the respect you demonstrate when asking for feedback, putting your work out early and often has several added benefits. It shows a commitment to being flexible, but more importantly, it indicates confidence as a designer that says, “my work is important – we need to make sure we get this right.”

As UX designers, we always want the best solution for the user, but we also understand that those solutions often come with a price. There are times when the price is more than we’re willing to pay, but it’s still useful to discuss the ideas because they allow the designer to better understand constraints and limitations. This collaboration tends to lead toward a more informed compromise and often inspires new ideas. In many cases, conversations about designs that are tough to implement may lead to situations where an engineer will say “we can’t do that, but we could do this …” and then you’re innovating.

By establishing a common language, sharing ideas, inviting feedback, and discussing the tradeoff between implementation and user value, UX and engineering become the critical forces driving innovation. At first, this may sound like more design “compromises,” but what’s really happening is more design discussion. And over time, as the seeds of UX value are planted and they take root through a lot of trust, respect, and communication, the team will inevitably start finding ways to make amazing experiences part of every deliverable.

Mason Foster is director of UX at MuleSoft, a San Francisco-based company that helps you connect applications, data, and devices.