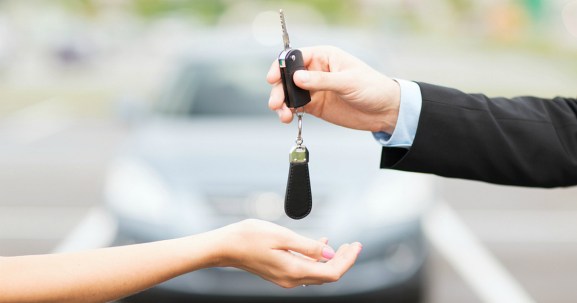 Uber has been offering its users on-demand test drives of exciting new cars for some time now, including test drives of the Tesla S and McLaren 650S (both campaigns ran last year). It more recently partnered with BMW to offer test drives of the all-new BMW 7 Series models in North America this month.

This is actually a potentially lucrative vertical for ride-hailing apps and their businesses and is still flying largely under the radar.

Test drive opportunities are usually only available to users for a very limited window of time (i.e. a day or two, or even just a matter of hours), but they help generate buzz, allow drivers (and potential buyers) to get behind the wheel of new models — sometimes even before launch — and give car makers an opportunity to exploit an entirely new advertising channel brought forth by the rise of the on-demand economy.

There’s definitely money to be made: the U.S. automotive industry is expected to spend $7.3 billion on digital advertising this year, and surpass $12 billion by 2019. The push by Uber has led some other players in the space to sit up and start taking notice.

One such example is China’s dominant ride-hailing app and main Uber rival, Didi Chuxing (formerly Didi Kuaidi), which last week started offering test drives to its 250 million users. The company pegs China’s automobile advertising market as being worth about $6.8 billion last year — with $1.15 billion spent through digital channels. Obviously, the digital side of the spend is growing globally.

The numbers from China are still behind spend in the U.S., but as with everything in China, it’s slowly but surely catching up. And this is not just about the U.S. and China — the global automobile industry can start to plug in, as well.

The Chinese ride-hailing app has partnered with 20 car makers in China to allow its users to book test drives of more than 100 models, including Mercedes-Benz. Like Uber, test drives can be requested from within the main app. The attraction is in the simplicity and ease of use, as the test drive can be scheduled right from your smartphone.

“[The new service] encourages existing and potential car owners in our network to share their first-hand user experience in order to help consumers make better informed decisions, and help manufacturers and dealers improve their services and products,” said Didi’s vice president for technology.

Beyond that, the company sees test drives as enabling a “powerful platform for additional revenue generation, laying the foundation for vertical business expansion along the transportation industry chain.”

It’s definitely an interesting development. Within the wider ride-hailing space, this highlights how new revenue-generating opportunities continue to present themselves for companies like Uber and Didi with billions of dollars of skin in the game.