Many venture capitalists are shy about investing in games. And for the first nine months of 2015, game investments were down about 35 percent from a year earlier, according to tech advisory firm Digi-Capital. But some brave souls have repeatedly invested in games, and we brought them out again for a talk on what is hot in game investments. This year, the venture capitalists were excited about virtual reality and esports.

Martin Rae, the president of the Academy of Interactive Arts & Sciences, returned to moderate our VC panel at GamesBeat 2015. His panelists included Jason Kay of AID Partners, Sunny Dhillon of Signia Venture Partners, and Phil Sanderson of IDG Ventures. 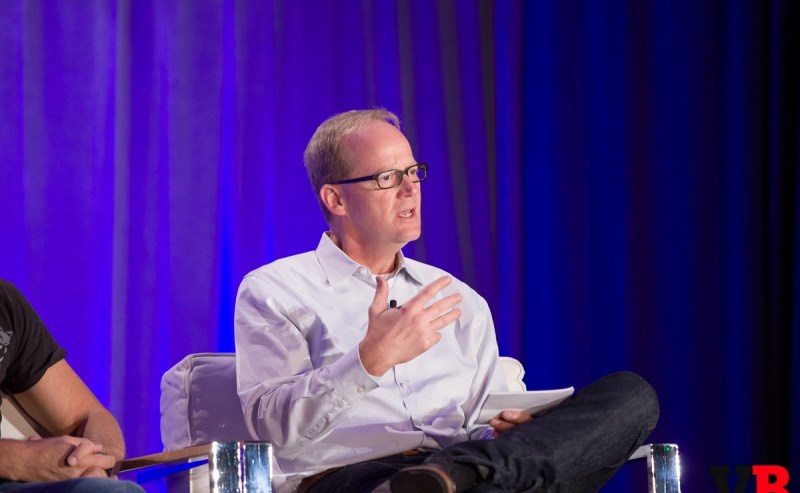 Above: Martin Rae, the president of the Academy of Interactive Arts & Sciences.

GamesBeat: As a chunk of the market, esports is approaching a billion dollars. I was a huge skeptic a few years ago. I had a colleague, an assistant of mine, say that this thing was going to be enormous, that it was going to drive a lot of design decisions, marketing decisions, player participation, and fan participation. I couldn’t imagine this five years ago – people paying to play, traveling to watch, paying to watch.

You guys probably know these numbers, but the last League of Legends finals — the only things bigger at this point are the Super Bowl and the World Cup. We’re approaching a billion-dollar business, with 30 percent growth a year on the revenue side. All the major consumer brands are flocking around. There are some opportunities there.

We have some guys looking at stuff all the time, good and bad, and making decisions on where money is going to be spent – Jason Kay, Sunny Dhillon, and Phil Sanderson.

Phil Sanderson: I’m a venture capitalist. Our office is here at the Presidio. I focus on gaming. I have about a dozen game investments. I’ve been in the venture business almost 20 years. I’ve seen a big progression in gaming since edutainment and CD-ROM games, back in the ‘90s.

Sunny Dhillon: I’m co-founder and principal at Signia Venture Partners. We’re an early stage fund based in Menlo Park and San Francisco. Gaming is an area I focus on as well. We have about six gaming companies in the portfolio right now. I’m excited about VR, AR, and esports right now within the game space.

Jason Kay: I’m a relatively newly-minted venture capitalist. This is a new engagement for me. I was formerly in the operating side of the games business at Activision. With Jason Rubin, I worked on trying to revive THQ a few years ago – unfortunately not successfully. I’ve been focused a lot on the esports business. To me this is a big conversation about why it took so long.

AID invests primarily in Asia. We’ve just started to branch out in the U.S. We’re a Hong Kong-based private investment firm focused on technology, gaming, and media. We’re looking closely at the opportunities in esports, especially in esports wagering. 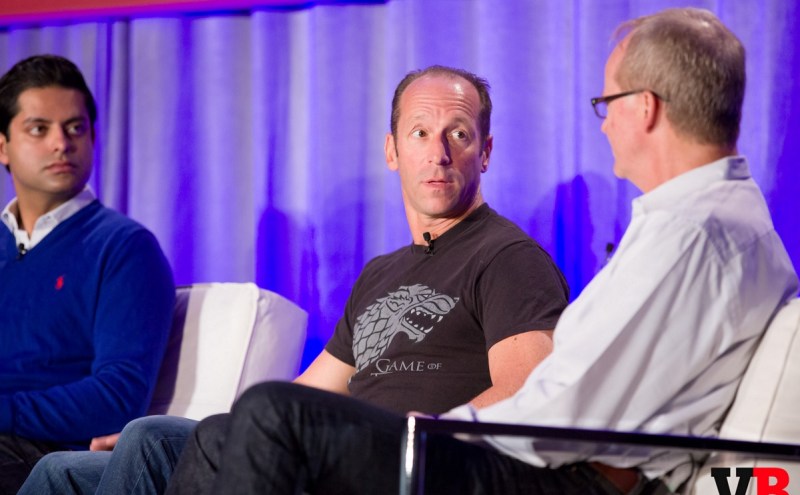 Above: Phil Sanderson of IDG Ventures with Martin Rae of AIAS at GamesBeat 2015.

GamesBeat: I had a colleague make a comment that esports is not a business. It’s a marketing strategy. When people are spending a billion dollars, there has to be a business there, but I’d ask you guys to comment. You guys look for leverage. Where’s the leverage? How can you grow a business and make some money? If it’s just a marketing strategy, a marketing spend, where is the business? You mentioned gaming.

Kay: When you look at the wagering business, esports is likely to develop in a way that’s quite similar to how we look at professional sports – football, baseball, basketball. esports is highly asymmetrical. You have a lot of aspirational people who want to be involved in esports, but aren’t necessarily esports-caliber players. You have a relatively small number of elite athletes. It’s not really that different from professional sports today.

If you look at where significant amounts of money are being generated in the traditional professional sports business, it’s obviously team ownership—The analog to that is ownership of the underlying copyrights, owning League of Legends or Counter-Strike, like Valve or Riot. There will be new entrants there. But for people who don’t own copyrights, there’s a lot of money to be made facilitating wagering in legal jurisdictions.

You have specific rules in the U.S. related to skill-based games versus games of chance, but in the rest of the world it’s a largely unregulated environment, both positively and negatively. You don’t necessarily have the controls and the kind of financial security you might have in a place like Las Vegas.

GamesBeat: Does that become a platform play?

Dhillon: I actually think there’s something else we have to consider when it comes to regulation within the space. We’ve just all been made aware in the last week of the betting scandal involving DraftKings and FanDuel. DraftKings is now taking bets for the League of Legends world championship in Berlin.

FanDuel’s acquisition of AlphaDraft means they’ll be playing in the space as well. We have Vulcan and Unikorn that are more specific to esports. Regulation is inevitable, because whenever you do have a form of gambling—2006 saw the Unlawful Internet Gambling Enforcement Act. Self-regulation is not going to be enough. When we’re talking about how much this can grow, it will grow, but within a controlled set of barriers, I think. Is it a means of engagement? It is, and people are going to continue to play competitively. But it’ll be within more controlled guidelines when betting comes into play.

GamesBeat: Where would you look for an investment in that area? Is that going to come back to a platform? Is it a systems investment, a platform investment?

Sanderson: There are multiple areas to invest in all different categories. People love to play games. They love to watch games. 70 million people watched games last year on Twitch. And they love to gamble. You add those together and you’ll find investment opportunities. We’ve looked at a lot of opportunities in companies that create platforms for esports. Those are somewhat limited. There’s team ownership opportunities, advertising opportunities. We invested in AlphaDraft because we believed the model of betting on statistics and creating fantasy teams within gaming was a real category. It is, and it’s growing very quickly. Fortunately, FanDuel felt the same way and bought AlphaDraft.

FanDuel and DraftKings have proven that it’s legal. People want to play these fantasy teams because they’re already watching the games. You don’t just watch these games like you do the NFL. You can play them as well. It’s fun to be able to be in an environment like League of Legends, to be able to play and also gamble on your favorite players. That’s the number one opportunity. There will be advertising opportunities.

I don’t think, as a venture capitalist, that we want to invest in sponsoring teams. That’s more of a movie model. It’s pretty risky. But you’re right. We want leverage. We want operating leverage, predictability, growth potential for technology companies. We find that in models like FanDuel or AlphaDraft.