If you’re going to spend $150 on a gamepad, you’re going to want to use it for everything you play. Well, it turns out that the Xbox One Elite Controller has the versatility to deliver great results almost no matter what game you boot up.

We’ve already reviewed the Xbox One Elite Controller, but now we want to take a closer look at how you should set it up for playing games. These all work for me, and I’m betting they’ll work for a lot of you as well.

What you can change

On the Elite, you can swap out the D-pad, the back paddles, and the sticks. The Elite comes with two D-pads, and they are really straightforward — and I think you’ll probably find that you prefer one over the other for all situations. You can also use the paddles or remove them. You have two sets of paddles, but they are for different fingers. You’ll either use them or you won’t. The Elite also has two settings for the triggers for either a long or short pull, which will react slower or faster depending on which one you choose.

But most of the variation comes from the sticks. 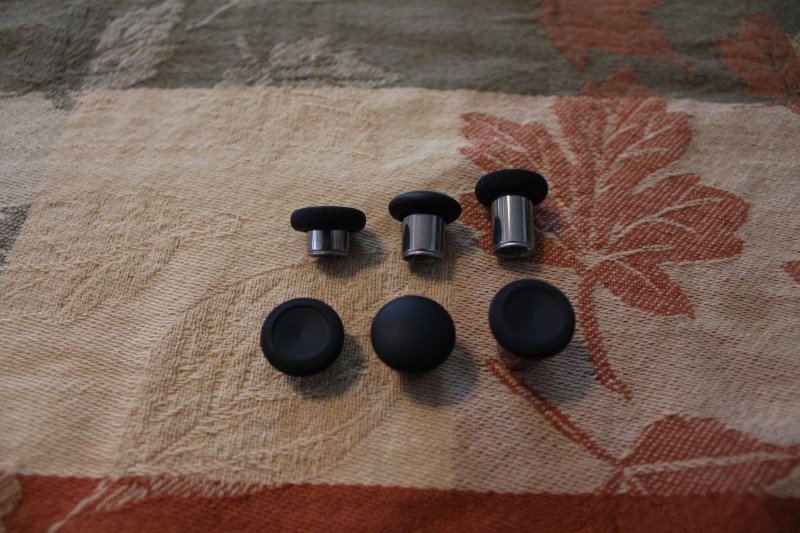 Above: The different sticks that come with the Xbox One Elite Controller.

The sticks come in three different versions: standard, medium, and long. The standard are short and behave almost exactly like the Xbox One’s standard kit. Medium is a bit longer and has a convex nub. Finally, the long sticks are concave and give you a much larger range of motion. All three may seem similar, but they have different strengths.

When you’re playing Halo 5 or Call of Duty: Black Ops III, you want precise aiming, fast movement, and immediate access to all of your character actions. Unsurprisingly, since Microsoft is releasing this gamepad alongside its latest Halo, the controller can provide you with all of that. 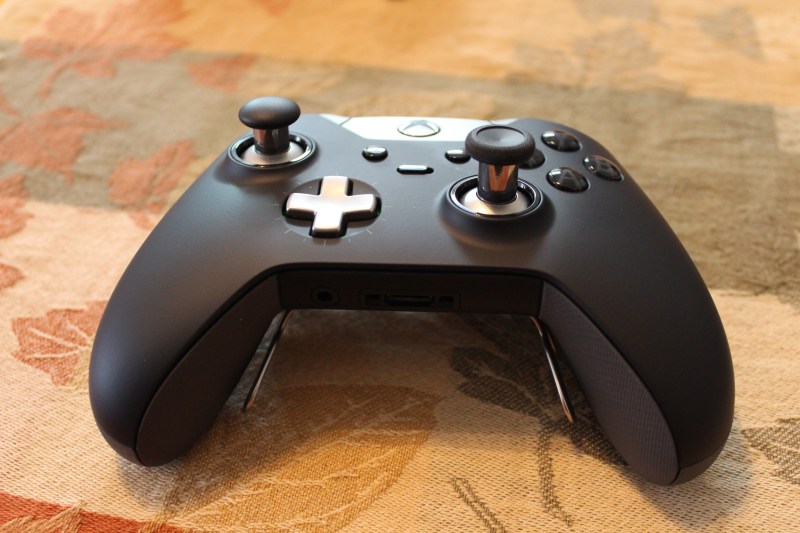 Above: My setup for shooters.

For shooters, I’ve used this setup:

With this build, I can move my character around quickly and with some precision using the medium stick, but I also get a lot more articulation from my aim thanks to the bigger range of motion of the long stick. I can jack up the sensitivity to ensure my character can still do 180-degree turns quickly, but I can also nudge the aim to try to get those tricky headshots.

The short triggers reduce the delay between when I see an enemy and start firing, which is more crucial than you might imagine.

Finally, using all four paddles to replace the face buttons means I can jump around or crouch or whatever without having to take my right thumb off of my aim.

Action games are a lot less demanding than shooters, and so it’s nice to have a simpler gamepad. The Elite can accommodate this play style without issue. 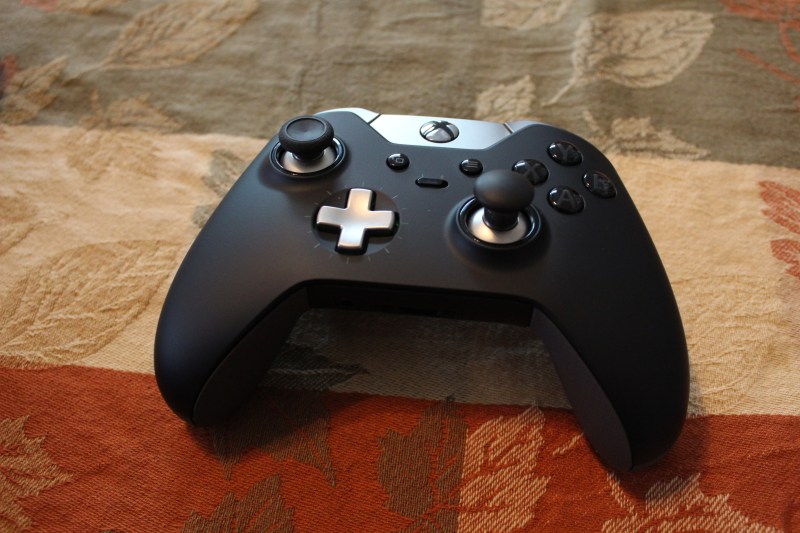 Here’s how I play action games:

The first thing I do here is get rid of the paddles. In these kinds of games, I don’t mind moving my thumb from the camera to the face buttons. And if you have the paddles on — and you aren’t actively using them — they’re a bit too easy to hit accidentally.

For the sticks, I just want quick response for my character. That’s why I go with the shortest stick. I want a little bit more control over the camera, so the medium stick works here.

Everything else is just personal preference.

It’s easy to dismiss racing games when you’re playing with a controller instead of a racing wheel and pedals, but the Elite bridges the gap better than any other gamepad. 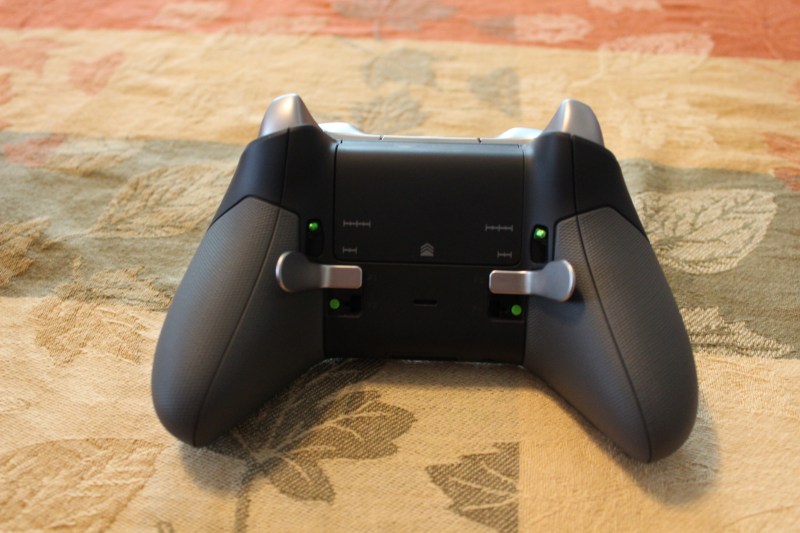 Above: Using only two of the back paddles as shifters for Forza Motorsport 6.

Here’s how I race:

For a simulation racer like Forza, it’s awesome to have the long trigger pulls where you can slowly apply gas or brake through corners, and it’s equally satisfying to have the medium (or sometimes the long) stick to gingerly guide a speeding racecar around those turns.

But the best part about the Elite is using two paddle buttons to act as your gear shifters. Many of the top sports cars on the market use paddles just like these behind their steering wheels, and now you can mimic that.

Let us know in the comments if you have used any of our setups. Also, please share if you’ve made any tweaks or improvements or have built entirely new ways of using the Elite for different genres.