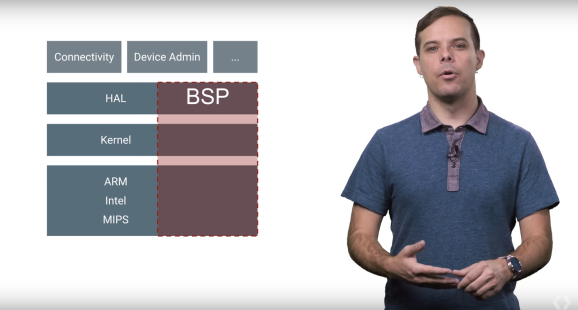 Google first talked about Brillo at its I/O conference in May. Now developers can now sign up to try Brillo here.

“Brillo brings the simplicity and speed of software development to hardware by offering you a lightweight embedded OS based on Android, core services, a developer kit, and a developer console,” Googlers Gayathri Rajan and Ryan Cairns wrote in a blog post today. “You can choose from a variety of hardware capabilities and customization options, quickly move from prototype to production, and manage at scale with over the air (OTA) updates, metrics, and crash reporting.”

Brillo works with Intel, MIPS, and ARM-based chips, but for now Google is steering people toward Brillo-certified boards. The OS gets small updates every six weeks, and bigger “long term support” updates come twice a year, according to a new video about it:

Brillo includes Google’s Weave communications protocol, which has a software development kit for iOS and Android. Weave can run centrally as a cloud-based tool. Google has a new compatibility program for Weave, Rajan and Cairns wrote.