Oracle today announced a slew of new cloud services at its OpenWorld event in San Francisco today, including the Oracle Elastic Compute Cloud. The launch comes nine years after Amazon humbly launched EC2, which has become a standard in cloud infrastructure.

Oracle executives have previously talked about offering infrastructure as a service — something that could rival the likes of Amazon Web Services, which has grown from the EC2 side business into a business unit that now produces $2 billion in revenue in a single quarter. But now there is an actual IaaS service with actual prices. Here’s a product description from today’s press release:

It’s going to take a whole lot — worldwide data center infrastructure, price cuts, a wide range of instances — to turn Oracle into a cloud provider that can truly compete with Amazon Web Services or public clouds from companies like Microsoft, Google, and IBM. It doesn’t bode well that HP just bowed out of this business. But that’s how things are these days. 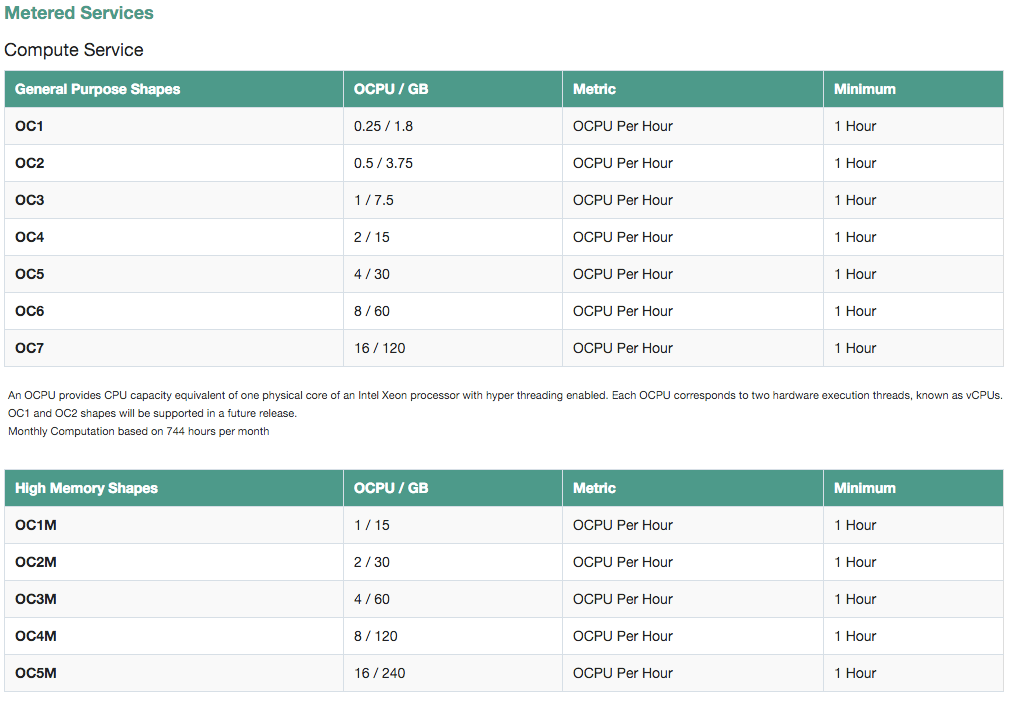 Above: Prices for Oracle Elastic Compute Cloud for people in the U.S.

At least Oracle is announcing a whole bunch of new services today.

In addition to launching the Elastic Compute Cloud — the same exact name as Amazon, by the way — Oracle is also announcing the new Archive Storage service, a File Storage service (NFS v4), a Network Cloud service (VPN, etc.), and even the Oracle Container Cloud for deploying applications packaged up in containers instead of more traditional virtual machines.

A more rounded-out portfolio should help in Oracle’s cloud campaign. It’s not Oracle’s core competency, though — databases and, more recently, hardware are king at the legacy tech vendor. Time will tell how big the Oracle cloud will become.