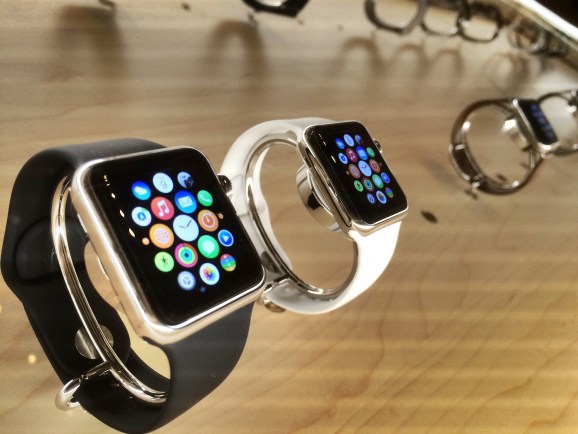 With Apple set to report earnings today, CEO Tim Cook has already partially answered one of the big questions likely to be on investors’ minds:

How are sales of the Apple Watch doing?

In an interview with the Wall Street Journal, Cook said of the Apple Watch: “We shipped a lot the first quarter. And then last quarter we shipped even more. I can predict without hesitation that we’re going to ship even more this quarter.”

There were concerns that, after a burst of sales when Apple Watch launched in April, momentum had slowed dramatically. Indeed, a report by market research firm Slice claimed that Apple sold, on average, 200,000 units per day at the start, but that the pace quickly fell to 20,000 or less per day.

But the conclusions of that report were countered somewhat when by Apple released its Q3 2015 numbers in July. Although Apple didn’t directly reveal how many units it sold or how much revenue it generated, some estimates based on back-of-napkin calculations indicated it may have sold 3 million watches that generated more than $1 billion.

Of course, the Watch was only available for part of that quarter. The Q4 earnings will be its first full quarter of sales and it would be a bit alarming if numbers did not exceed the previous quarter’s sales.

And looking ahead to the holiday quarter, Cook sounds extremely bullish. As he noted in the WSJ interview:

The short-term news is good, it seems. But the Apple Watch is no doubt a long-term play for a company that can afford to take the long view. Over time, the adoption of Apple Pay, which makes the watch even more useful, and new native apps will likely play a big role in whether the Apple Watch becomes a must-have gadget for the mainstream consumer market.

So it will be interesting to see how well sales hold up in 2016, and whether the Apple Watch is another product like the iPad, fast out of the gate, then slow. Or whether it’s a slow and steady hit that gains popularity as more people see their friends glancing at their wrists and are suddenly hit with Apple envy.