Google has made some enhancements to its Google Photos and Snapseed Android apps. Among the updates: more widely available face-matching, improvements in app performance, and an option to hide photos of specific people.

Additionally, if you’re a fan of Snapseed, you might be happy to know that the latest Android app update brings with it support for RAW photos.

With more than 100 million monthly active users, Google Photos is becoming a go-to tool for helping you keep better track of your photos and videos. Perhaps one of the most appealing things about the service is its deep-learning technology, called face grouping. You simply scan a face within a photo and Google Photos will lump any corresponding images into a single file. It’s not facial recognition in that the program won’t know who the person is, but it’s a useful organizational feature.

Starting today, this capability is rolling out to more users around the world, including those in Canada, the Caribbean, Latin America, Australia, and New Zealand, as well as certain parts of Asia, the Middle East, and Africa.

Building on this technology, Google Photos has a new feature allowing you to hide photos of people you no longer wish to see. Google will even prevent those photos from appearing in assistant cards and in its TimeHop-like service. So in case you happen to have photos of yourself with an ex-girlfriend or boyfriend that you don’t want accidentally surfacing, you can teach Google Photos to bury those images at the bottom of the stack. 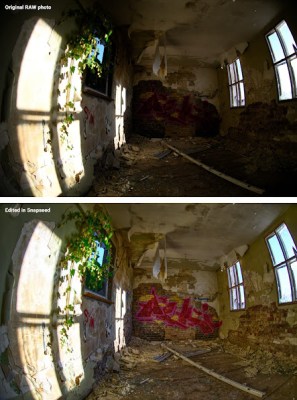 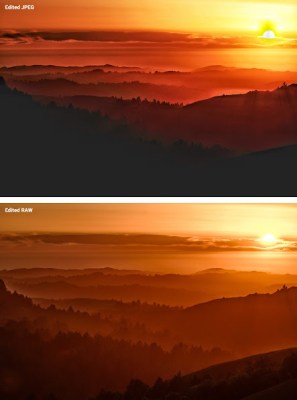 Recognizing that Android smartphones now support RAW photo file formats, Google has enhanced Snapseed to let you edit photos taken with your dSLR camera. Snapseed 2.1 allows you to edit RAW photos in the DNG file format right from your mobile device. This will likely be a big plus for photographers who enjoy the simple controls of Snapseed and don’t want to sacrifice quality or deal with converting files to JPEGs.

The updates to Google Photos and Snapseed are rolling out starting today.