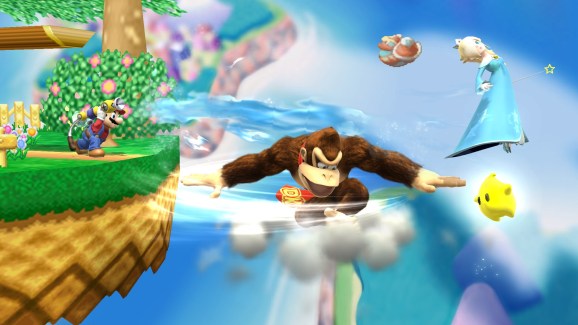 The Wii U is apparently getting more games this holiday.

Nintendo’s holiday tentpole game, Super Mario Maker, is already out, but the publisher is not finished with support for its Wii U or 3DS consoles this calendar year.

Nintendo chief executive officer Tatsumi Kimishima announced today that it will have more games for its consoles to help them get a boost through the gift-giving holidays (via Wall Street Journal). The publisher’s new boss announced this during a meeting with investors in Kyoto today.

Kimishima also announced that Nintendo would push back the release of its first mobile game, Miitomo. It’s a Tomodochi, Life-style game in which you interact with online friends, and it has microtransactions.

Kimishima did not provide any more details about what these games are, but he did say that they are “unannounced.” He also said that the company would try to reach a larger audience of women. The Wii U and 3DS are aging systems (and the Wii’s successor hasn’t sold well, period), and Nintendo needs new products to keep gamers excited about them until it announces more about the future NX console.

We’ll likely get more details about these games during one of the company’s Nintendo Direct livestreaming video shows. Yesterday, during another meeting with investors, Kimishima said that gamers should expect at least one Direct before the end of the year.