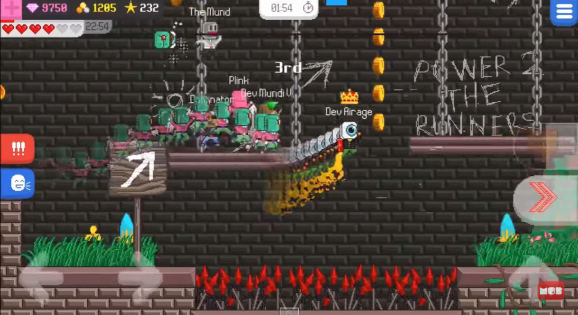 Mobile publishers can alway use a little help from some friends.

Klang Games announced today that it has partnered with publisher Tilting Point to help launch and operate ReRunners, an upcoming platform-racing game designed for tablets and smartphones. Tilting Point is also helping with funding (of an undisclosed amount) and marketing. Partnerships like this are important for developers, who need all the help they can get when they try to make a hit in a mobile market that could be worth an estimated $30 billion this year, according to Newzoo.

“Tilting Point sees the vision and potential in ReRunners and impressed us with their comprehensive in-house team and clear focus on their external developer partners,” commented Ívar Emilsson, game designer and cofounder of Klang Games, in a press release sent to GamesBeat.

ReRunners is currently in beta, but is expected to launch in early 2016. Klang Games, founded in 2013 in Iceland, is currently based out of Berlin. The studio includes veterans of the popular online game Eve Online. Klang signed a deal for funding with venture-capital firm London Venture Partners in July.