Look out, FarmVille and Hay Day.

Futureplay Games, a mobile-game studio created by former Rovio executive vice president Jami Laes, has unveiled its debut title, Farm Away!. The new game from the Helsinki studio will debut on iOS on November 5.

It is the first title from Futureplay, whose leaders such as Laes worked at Rovio, creator of Angry Birds. Now they’re going after the popular farm game genre, which hasn’t had a major new hit in a while.

In the mobile title, players tap and swipe to cultivate crops and cute animals. They can sell them for virtual riches. Futureplay calls it a “view-to-play” game, meaning it is broadly accessible and reliant on ad-based monetization. It has visual, sounds, and online and offline mobile play. Players can bring their friends onto their farms as hired hands. The main goal of the game is to earn money, upgrade the farm, discover new plants and animals, and exchange harvests at the market for special seeds that will boost your next harvest.

“We see great potential in Farm Away! and look forward to seeing how this new type of ‘view-­to­-play’ gameplay will be received by players,” said Laes, CEO of Futureplay Games, in a statement. “We believe this genre of fast and simple idle games is now on the rise and will become even more popular in the future.”

Futureplay was founded earlier this year by veterans from Electronic Arts, Rovio, Remedy, Boomlagoon, and Reaktor. The title will compete with Zynga’s FarmVille and Supercell’s Hay Day, which have been the dominant farm game titles for a while. 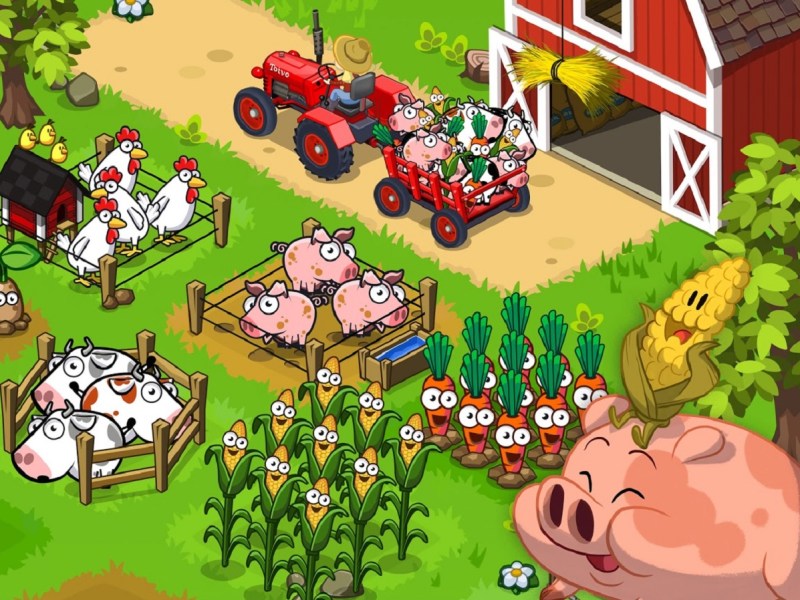