More than two-thirds of Americans now own a smartphone, and almost half have a tablet.

The latest findings come from American think tank Pew. More specifically, the organization found that 68 percent of U.S. adults now have a smartphone, up from 35 percent in 2011, and tablet computer ownership has grown to 45 percent among adults, up from 4 percent in 2010.

Among U.S. adults under 30, computer ownership is falling as smartphone ownership grows: 78 percent of Americans under 30 years old own a laptop or desktop computer, compared with 88 percent who did so in 2010. Smartphone ownership, on the other hand, has surpassed both laptops and desktops, with 86 percent of 18- to 29-year-olds owning one in 2015. 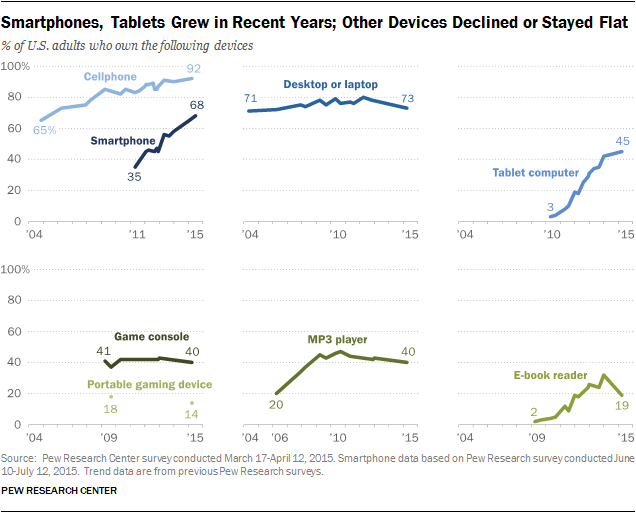 Meanwhile, desktop and laptop ownership is largely flat, as are the numbers for game consoles and portable game devices. MP3 players and e-readers, have, however, fallen since 2010. 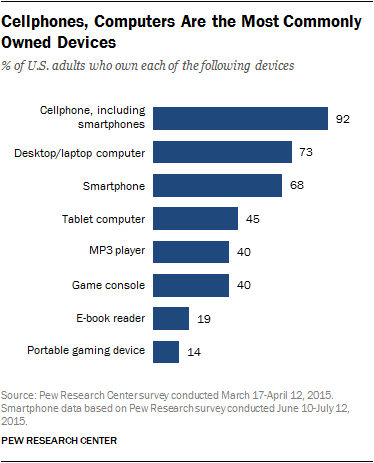 Other key findings of the report break down the results: