We all take photos — that’s a given. But finding a way to easily share them in a private setting and on a screen larger than on a laptop can be difficult. Storehouse recognizes this need, and the visual storytelling app service has taken on the challenge by building an app for the next-generation Apple TV device. Users will be able to cast albums to their television sets right from Storehouse, or even through a companion app called Photo Remote. 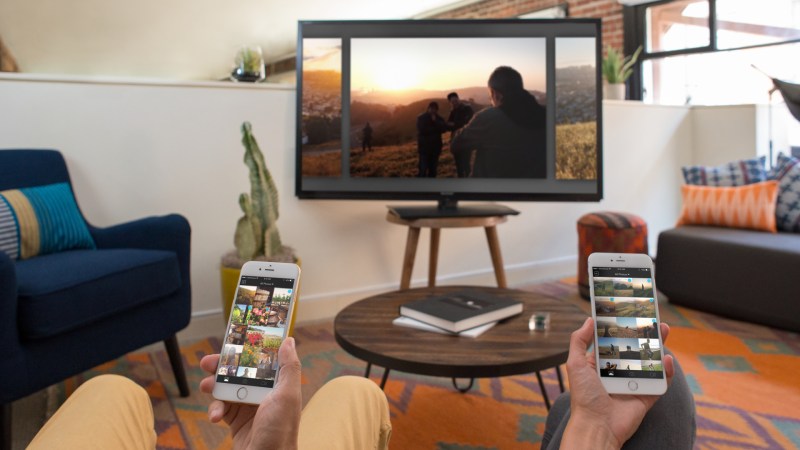 In essence, if you and your loved ones want to review photos and videos from a trip, event, or get-together, instead of cramming around a small screen on your phone, you can view the album on your TV screen.

“Photos aren’t just bigger and more beautiful with the Storehouse app on Apple TV, but the actual experience of taking and sharing them becomes fun and collaborative in a way that has never been possible until now,” said Storehouse chief executive Mark Kawano.

When VentureBeat viewed the Storehouse experience on an Apple TV, we were expecting something similar to an old-fashioned slideshow. And while there are similarities between the two, the potential here is for a more curated and intimate experience. This fits in with the recent attitude shift within Storehouse, as the company has opted to abandon public sharing and discovery in favor of more private moments.

Kawano highlighted the value of organizing and sharing photo albums from the app – as when husbands and wives might throw photos from a trip up on the Apple TV to organize them before sending them to their in-laws. 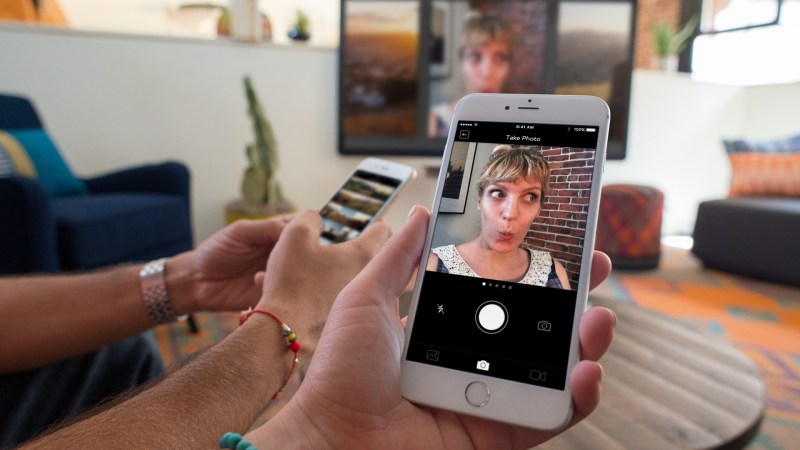 Kawano said that displaying photos on Apple TV offers two big advantages. The first is the size of the screen, which makes it possible to see all the rich details of a photo without having to squint. The second one is around collaboration: What can you do on the big screen with the other people in the room? “The thought is not about consumption, but about creation,” Kawano told us.

This is where Photo Remote comes into play. Anyone can download this iOS app and take pictures that will be curated into a single Storehouse album — app users can select which photos they want to include and can record videos to be featured right on the Apple TV. Photo Remote recognizes users based on the Wi-Fi network they’re on and is exclusive to the Apple TV.

Kawano also told us that the Apple TV app isn’t the final version. In fact, there was more that the company originally wanted to include, but it decided to offer something like a minimum viable product (MVP) first. Before making changes, Storehouse will be looking at what users are doing with the app and will solicit feedback on how it can improve. 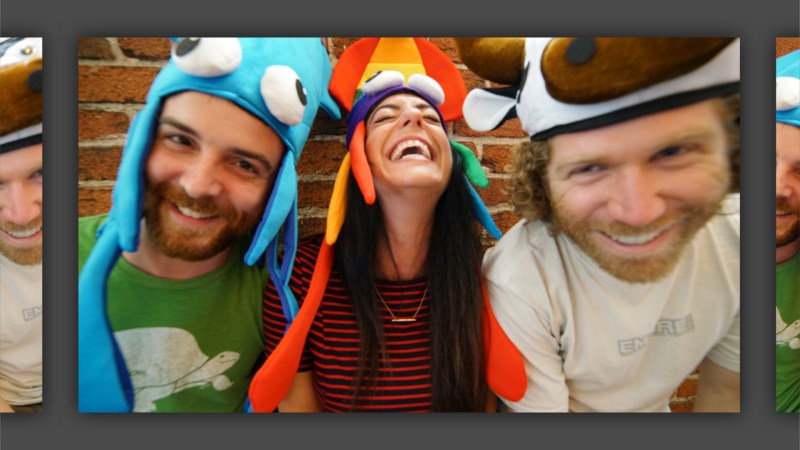 From a design perspective, Kawano’s team needed to take into account several considerations: photos had to fill the height of the TV screen, for example, and users needed to be able to scroll easily. Some may argue that what Storehouse is doing is nothing more than what Color and apps like Cluster did at one point. But Kawano defended his company by saying that the app is “about collecting and viewing [memories].”

Users can log into Storehouse for Apple TV using the same login they use for all the other Storehouse apps. Once done, the data will sync across devices so that the albums you’ve created on your iPhone will be visible right on your Apple TV device.