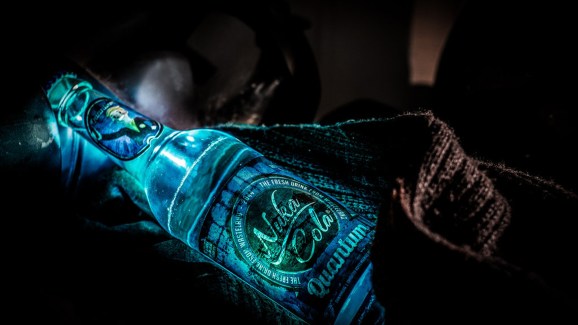 One of Fallout 4's most powerful powerups is now a real thing ... minus the powers.

You look like you could use a few more action points.

On November 10, Target will begin selling both Fallout 4 and a new drink from the Jones Soda Company. The retailer will have Nuka-Cola Quantum. The blue in-game powerup, which gives you +20 to your action points for four minutes in Fallout 3, will actually have a place on Target’s store shelves.

The drink is a repackaged version of Jones Soda’s Berry lemonade flavor. It’s in a custom Fallout 4 bottle made by Bethesda. Every Target store in the U.S. will have the soda in their gaming section, and it will sell for $2.99 per bottle.

Here’s a first look at the product:

Having branded drinks is nothing new in the world of gaming. It’s hard to get a Mountain Dew without a shooter bro plastered on the side of it. But this is still a cool promotion for a highly anticipated release.