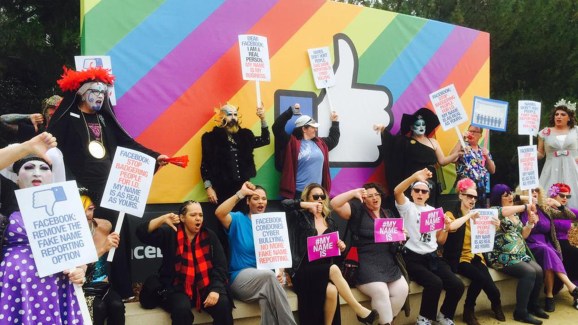 Facebook wants to make it easier for users to verify that they are using their “real” names. The social networking company will begin testing these improvements starting in December.

In a published letter obtained by BuzzFeed, Facebook’s vice president of growth, Alex Schultz, acknowledged that the current policy doesn’t work for everyone, and that many have complained to Facebook that the process of verifying their name is too difficult. This comes more than a year after chief product officer Chris Cox apologized to the LGBTQ community for “the hardship that [Facebook] put [them] through in dealing with [their] Facebook accounts.”

Cox continued by saying, “We owe you a better service and a better experience using Facebook, and we’re going to fix the way this policy gets handled so everyone affected here can go back to using Facebook as you were.”

Earlier this month, the Electronics Frontier Foundation (EFF), the American Civil Liberties Union, Human Rights Watch, and dozens of organizations in the U.S. and abroad sent an open letter to Facebook calling on it to fix its broken policy. “It’s time for Facebook to provide equal treatment and protection for all who use and depend on Facebook as a central platform for online expression and communication,” the letter said.

The EFF letter states that the signatories represent transgender and gender variant individuals, those who use pseudonyms to protect themselves from violence, people who have already been silenced by Facebook’s current policy, and those whose legal names “don’t fit the arbitrary standards of ‘real names’ developed by Facebook.”

Schultz responded to some of these points in his letter by saying that Facebook doesn’t require people to use their legal names, just “the name that other people know them by.” To simplify the verification process, the company is testing a new way to let people provide information about the circumstances surrounding their choice of name.

Additionally, users could soon see a new version of Facebook’s profile reporting process that’ll ask for more information about why someone is requesting action be taken on an account.

For those who have frequently been plagued with account suspension and have been asked to provide identification in order to have their account reinstated, this could be a step in the right direction.

In response to those who want assurances that any identification information provided will be secure, Schultz wrote that IDs submitted to Facebook will be encrypted when they’re temporarily stored on its servers, with decryption access limited to 30 days before the information is deleted.

Lastly, Facebook will be looking at new ways for people to appeal if their account has been suspended and said it is working on providing more personalized support.