GamesBeat: It gives you a unique opportunity. You don’t necessarily have as big a history to tap into for nostalgia’s sake. But you’re getting to that point, where the original Xbox of all things is becoming retro. Are you aware of that at all? Are you trying to tap into that?

Greenberg: Gamers are definitely aging up. That’s the beauty of backward compatibility. We’re allowing people to go back and play a lot of games that they’ve invested in, games they’ve purchased. They’ll be able to play those, whether they have the disc or they digitally buy them and it instantly shows up in their library. That’ll bring back a lot of the nostalgia.

The people here, we’re all gamers. We love games. We share the same type of passion and memories that people out there do. We’re excited to see some of those great 360 titles become available through backward compatibility. But at the same time — Rare’s a pretty unique studio. To have the kind of heritage they’ve had making so many great games over so many years, and not only that, but then now, what they’re doing with Sea of Thieves, which is a project we’re extremely excited about — their history isn’t done. They’re writing new chapters. It’s exciting to be able to give fans a gift of 30 years of great games, but then also to say, and now here’s what we’re creating for the future.

GamesBeat: Do you think we’ll see more of Sea of Thieves next year?

GamesBeat: It seems like there was a point where the Xbox One and PlayStation 4 were becoming very similar systems. It seems like you guys are taking some steps to differentiate yourselves with things like backward compatibility and the Elite controller.

Greenberg: You always want to try to differentiate against your competitors. Where we’ve focused first and foremost is on games. We know that games are why people buy the console. We want to have all the best quality games. We want to have the biggest blockbusters. But then frankly we’ve invested at a scale that may be unprecedented from a first-party standpoint in building exclusives. With Halo and Gears and Forza and Rare Replay — we have Fable Legends. What we’ve done with Tomb Raider as well in the partnership with Crystal [Dynamics] — I think the games lineup we have this holiday, the exclusives we have this holiday, it’s probably the biggest we’ve ever had. We believe that will fuel the ecosystem and fuel a lot of differentiation.

If you want to play any of those games, you have to buy an Xbox One. If you’re a shooter fan and you want to play Halo, want to play Gears, want to play Call of Duty and Battlefront, there’s one place to do that. Shooters are the largest genre in the industry today, representing about a third of game sales. That’s the tip of the spear on how we differentiate.

And you’re right. Investing in innovation is the way we think about it, whether it’s the Elite controller, where we’re building the kind of pro-level controller, the best controller we’ve ever built, arguably the best controller ever made — and then what we’re doing with the new user interface in the New Xbox One Experience, making that faster and more intuitive, capturing a lot of feedback we’ve heard from fans, and with that bringing backward compatibility, which was by far the number one thing people had asked for. We didn’t know if we could do it, but the team has been able to deliver, which is great news. I’m excited with how much we’re getting done in such a short period of time.

GamesBeat: Sony had some delays this holiday season. Uncharted was the big one. It’s hard to look at the lineups of exclusives and say Microsoft doesn’t have an advantage. It seems like you’re pushing pretty strong this holiday.

Greenberg: We’re executing and we’re delivering. We’re delivering high quality games. We’re proud of that. With all that said, we know this is hard. It’s a hard business. We’ve been there. We know what it’s like when projects take a little bit longer or whatever. We totally appreciate that. We believe you shouldn’t rush games. You should ship games when they’re ready.

Fortunately we’ve planned and invested and spent a lot of time to make sure we could deliver this holiday. Halo 5 anchoring our greatest games lineup in Xbox history. But whether you’re a racing fan or an action-adventure fan — we had a great plan and we’re executing it very well. I’m proud of what the team’s accomplished. With that said, we’ll be there too at some point in time. We know how it is. We know it’s hard. We’re just grateful we have teams shipping quality games on schedule this holiday, which is great for our owners and our fans. 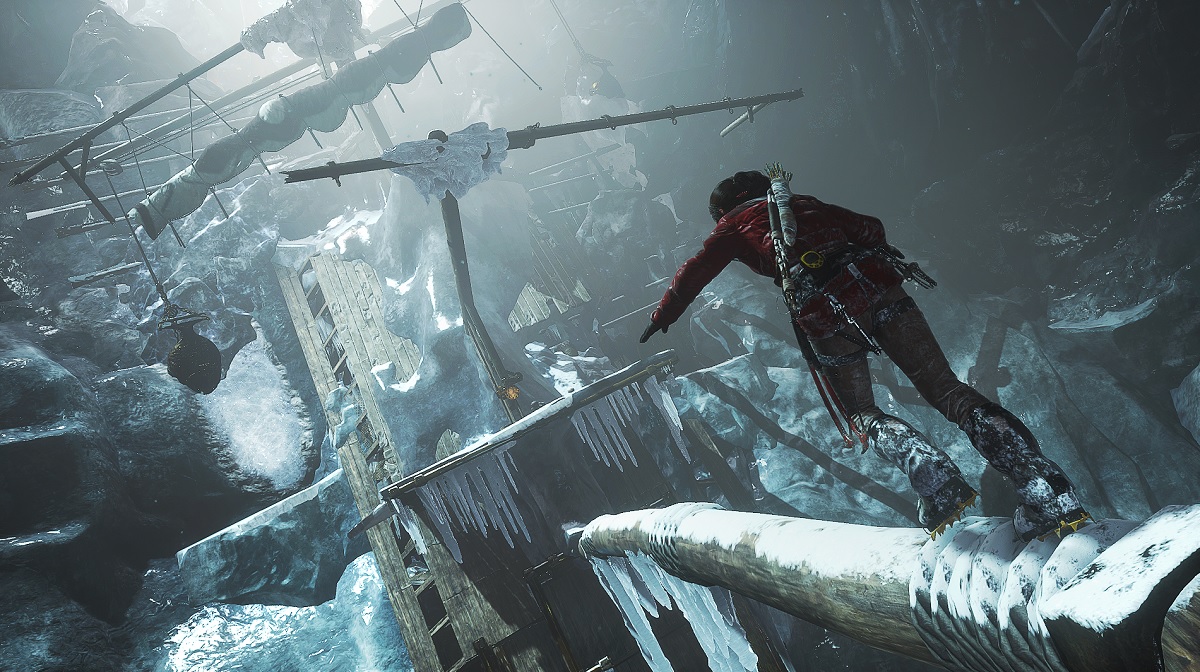 GamesBeat: The Lara Croft deal seems special in its own way. Do you think about doing more deals like that?

Greenberg: We’ve had a long relationship with Crystal [Dynamics] and with Square Enix, a long history with Tomb Raider. Ever since they rebooted the franchise, we fell in love with the creative direction they were following. We showcased that title at a number of E3s in partnership with them. This became an opportunity where we were able to publish the game on Xbox One and Xbox 360. We’re excited to do that. It’s been a great add to our portfolio. It complements our lineup.

They’re all case by case opportunities, but we did that at launch with Dead Rising 3. That worked out well for us, where we were able to publish that title and take it on as what we call a second-party game, where we support the game and help market and sell the title and publish the title. That’s what we’re doing in this case with Tomb Raider. We’re selective about what games we do, but I think we’ve made some good bets and we’ll continue to follow opportunities like that.

GamesBeat: Was Tomb Raider a deliberate choice? Looking at your typical first-party lineup, which is more shooter-heavy, this feels like something you guys aren’t necessarily doing internally.

Greenberg: Absolutely. From a portfolio standpoint, we’re looking at what gamers want to play. We’re looking for opportunities that complement our portfolio. Tomb Raider 100 percent fit into that strategy. This is a really deep action-adventure style game that has a rich heritage. It very much complements what we’re doing from a first-party standpoint with Halo and Forza and other big titles. It’s been a great add.

If you’ve seen our marketing campaigns and how we’re talking about this being the greatest games lineup in Xbox history — we’re doing some TV media around that right now. We’re featuring Lara and Tomb Raider in that piece. It fits in the hand of cards, if you will. It’s great to have another face card in the hand.