For the Entertainment Software Association (ESA), Mexico’s time has come.

It’s a growing games market — the 13th globally for game revenues, according to market research firm Newzoo. But looking past Kerbal Space Program, an international indie sensation developed in Mexico, the development side hasn’t received much international attention. At least not until this year, when the ESA decided it was time to reach out to the Mexican game development community.

That outreach begins with Video Juegos MX, a competition that sought out the best developers in the country. Jon Berroya, vice president of content protection, explained why the ESA — a group whose main focus is advocating for the U.S. video games industry — decided to begin working more closely with Mexican developers.

“When we started talking about creating this contest, our goal was to provide a forum for current and future generations of Mexican video game designers to showcase their talents, and in doing so, help everyone – from school kids who dream of making games for a living when they grow up, to politicians who may not have touched a video game since the heyday of arcades – understand that our industry can create jobs and fuel tremendous economic growth if great developers are recognized and their creations are respected and protected,” said Berroya.

If it sounds like the ESA thinks Mexico’s game development community is just starting out, that’s probably because in a lot of ways, it is. The first Latin American company solely dedicated to creating video games was Evoga Entertainment, a studio that opened its doors in 2000. The first game that a Mexican company published for the mass market was Lucha Libre AAA 2010: Heroes del Ring, which landed just five years ago. Many hard-working studios hail from Mexico, and the rise of indies has helped — but most of the support structures American developers take for granted are simply not available in Mexico.

The ESA’s arrival is a step in the right direction.

Video Juegos MX may have been intended to raise awareness of the industry, but it launched with the understanding that region’s developers could use a little support.

In the lead-up to the competition, organizers worked with Mexican agencies to offer workshops on the business side of the game development. ProMéxico hosted one; it’s a government agency interested in strengthening Mexico’s participation in the international economy. According to Berroya, experts covered topics like the trademark registration process, business intelligence, and video game development strategies: the sorts of resources a studio might need to turn a passion project into a business.

The competition reached out to three tiers of participants: professional developers, college students, and students between the ages of 12 and 17. The first two needed to have playable demos, while younger competitors only needed to present concepts and storyboards. Top prizes included 50,000 pesos ($3030) and full scholarships for online courses at Mexico’s Video Game Makers Academy.

Berroya came away impressed by the response: “Both the volume and quality of the submissions exceeded our expectations. We received nearly 140 total submissions. … We are definitely encouraged by the response we’ve received from the contestants, key government stakeholders, and the local game industry.” 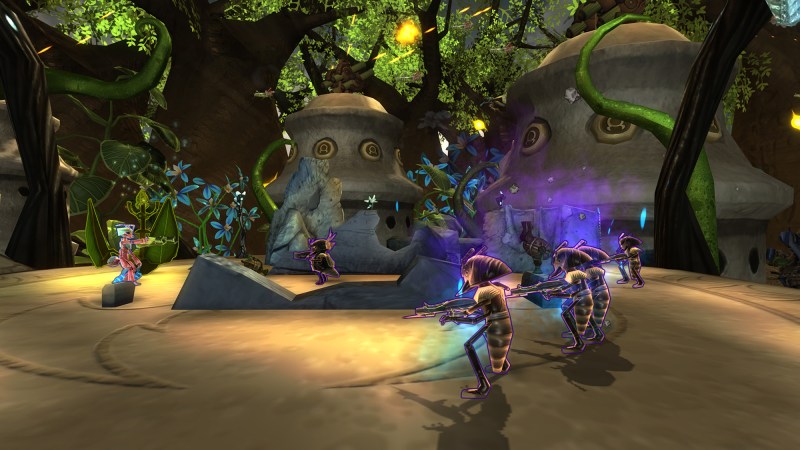 That interest from the government is new — most developers I spoke to were dismissive of the very idea that the Mexican government might take an interest in video games. But for Ricardo Villarreal of Xibalba Studios, whose platformer MilitAnt won the Professional Developer category at Video Juegos MX, the interest feels real.

“We received a lot of press coverage even from national media and also were invited by the president’s office to attend an event with the Ppesident as a guest of honor during the week of the entrepreneur,” he said. This isn’t the first time his Monterrey-based studio has benefited from government agencies, either. “There are government programs available to promote growth for entrepreneurship and indie game developers fall into this category. We have been able to get support from the government to participate at various international game shows like GDC, Gamescom and the Tokyo Game Show, and participated for three years in TechBA, a business accelerator based in Seattle and funded by the Mexican government.”

That assistance has helped the studio show MilitAnt off at international and local game expos, and Villarreal thinks that’s one way the industry can really push its own growth. “It has given us a chance to show to the local gamers that Mexico’s game developers can produce quality games,” he said. The response to his game has been overwhelmingly positive, in his estimation, with gamers, bloggers, and YouTubers alike taking a shine to its old-school gameplay and vivid art.

With luck, this big win at the government-sponsored Video Juegos MX will help push Xibalba and its games onto the international stage.