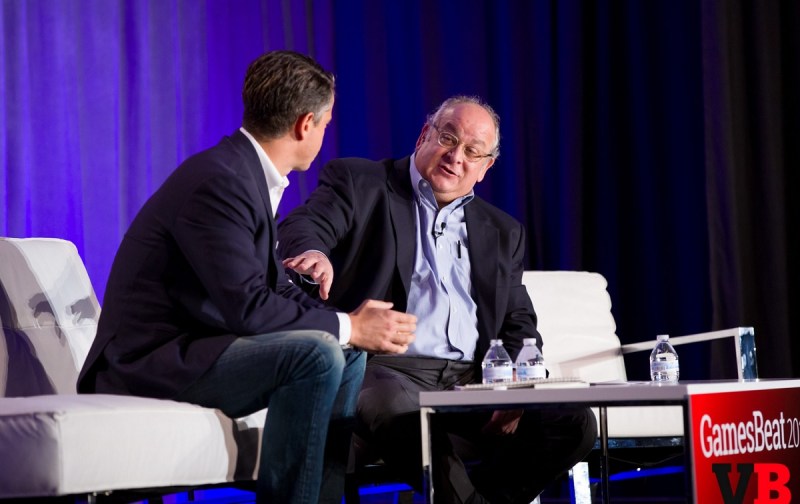 GamesBeat: Give us a little hint of what we might see over the next two or three years as you guys focus back on the core and focus on making it possible for people to build their own stories. You have some exciting stuff that you can hint at, at least?

Mahoney: Sure. You might have read about some of the deals that we’ve done with western game developers. We’ve done several in Asia as well. We have been looking hard, over the last two years, for game companies that have a similar approach to online games as we do. It’s been surprisingly hard. We talk to a lot of game companies who are not really focused on the art of games. They’re focused first and foremost on the business of games.

You ask them, “Hey, what’s the game you’re making?” and it’s like a scene out of The Player. Did you ever see that movie? They’re like, “We got this license and it’s going to be sort of like this game, but a little bit different, and this is how many polygons we’re going to put on the screen.” And I keep asking, “Yeah, but what’s the game? Why is this going to be fun?”

We’ve been able to find some that we’re excited about, though. We like to do things where we can combine something that we’re good at, particularly live game operations and live game development, and bringing your game around the world. Being successful in Asia, which is a gigantic market and in practice an extremely hard one to be successful in—We like to combine that with things those game developers know and can bring to us. That’s fun for us.

We’ve been talking about Ghost in the Shell, a fantastic first-person shooter. We developed it in Korea. It’s a franchise that’s very well known in Japan. We’re going to be launching it first in the west, though. That’s pretty cool. The game plays really well. The combination of those two – western developers going east and around the world, and eastern developers going west– 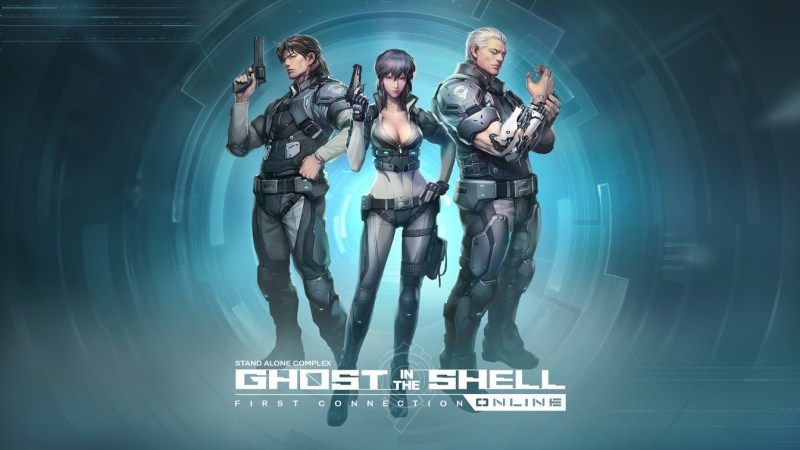 Above: Ghost in the Shell Online is a first-person shooter based on a popular Japanese animation franchise.

GamesBeat: Can we talk about Shiver a little bit?

Mahoney: Absolutely. Shiver is founded by a guy named John Schappert. John and I worked together for many years at EA. John’s a fantastic guy. His team is working on a couple of games that we haven’t announced that much about publicly, but we’ll be talking about them a lot more coming up. We’ve had Dominations. Dominations was Tim Train and Brian Reynolds. We launched that in the United States and then we had a lot of success in Asia with that game. It’s worked out really well for us.

GamesBeat: Let’s come back to this important core strength of you guys in terms of free-to-play. God forbid people think Facebook and Zynga invented free-to-play.

Mahoney: A lot of people do.

GamesBeat: That would ruin a lot of my days. Give us a little bit of the history, a little sense of how the West is adapting to free-to-play.

Mahoney: We could talk all day about that. I won’t bore everybody. Free-to-play started the story, because of course success has a lot of fathers. We had a game called Quiz Quiz in Korea. It was a subscription game on PC. It was basically going down. This is long before I was there, but the team there was very smart and they said, look, we got nothing to lose. It’s about to go away anyway. Let’s give it away for free. Our MAU number, monthly active users, skyrocketed when we made it free, because that’s usually a pretty appealing price point.

GamesBeat: Do you remember the increment?

Mahoney: I wasn’t there. I could look it up. It was significant. Then they started experimenting with giving away little items within the game. We found that some were really—for a dollar here, a dollar there. The point of the story is that it didn’t start out as a monetization strategy or a business strategy. It started out as an idea of how to help your customers or your gamers have more fun in the game. And so you might be interested in spending a dollar here, a dollar there to make your game experience much more fun. It took off.

Not long after, our then-head of development – he’s returned since then and is now again our head of development – said, let’s try this on other games. We started trying it on live subscription games and it worked across all of them. We realized that the core idea of a game where you—90 percent of your players don’t pay anything, but that 90 percent still has a great time in your game and enjoys it. The 10 percent that do buy something are going to make the game experience that much more fun. That’s a win for the customer and a win for the company. As a business, that works out well.

My take from watching how this developed—in 2006 or 2007, you’d go to Seoul and look at how the world was developing. Then you’d come back to California on that flight that lands in the afternoon and it’s a totally different market. It was all packaged goods here and it was all online there. It was quickly becoming all free-to-play there. Here, nobody was talking about microtransactions or free-to-play.

As microtransactions and free-to-play started to become a thing in the west, my perception – right or wrong – is that a lot of the people introducing that thought of it as a business model. They looked at the economics and said, “Gee, I could charge more than I ever would have charged for a packaged goods game or a download.” They took a very different viewpoint on it. I think that our industry is probably still suffering some from that.

If you think about it as a business model and as a way to pull money out of people’s pockets, you’ve stopped thinking about retention. The name of the game is retention. To get retention you have to have a game that’s fun over a long period of time. You can fool people once, but they don’t come back. It’s death for your game. We’ve made those mistakes before. It’s not like we haven’t made mistakes. But it is not good for the industry. It’s not good for your company or your game, but it’s not good for the industry. It’s something we’ve learned. 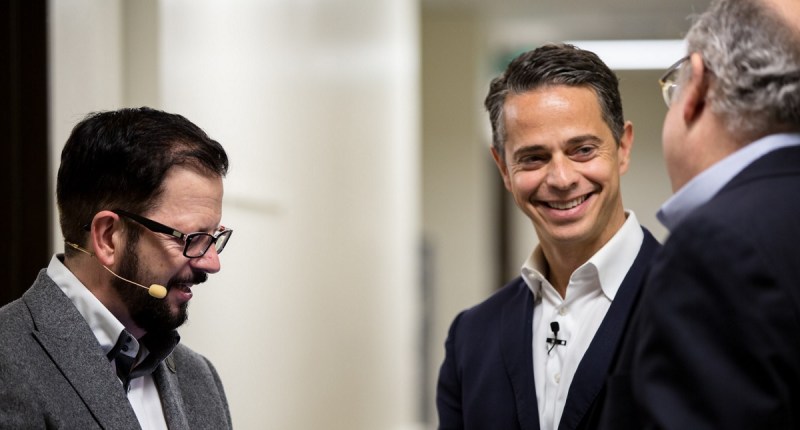 Above: Stewart Rogers of VB Insight [left], Owen Mahoney of Nexon, and Mike Vorhaus of Magid Advisors at GamesBeat 2015.

Image Credit: Michael O'Donnell/VentureBeat
GamesBeat: Who do you see in the west getting it a little bit more than others?

Mahoney: Valve, for sure. I have enormous respect for those guys. Probably Blizzard as well. These are very thoughtful people.

GamesBeat: And all dedicated to the game.

Mahoney: I don’t want to take a contrarian opinion from the person who just appeared on stage before me. He seemed pretty psyched. As a customer I’m psyched about VR. We’re not currently investing heavily in VR. I question what the timeline is. Right now we have a zero billion unit industry. To be consumer—take it from a business perspective first and then come back to the art aspect of it, because you have to take it from both angles in the games business, I think. From a business perspective we’re probably—I don’t know what the experts think. You’re an expert. How many years are we from 10 million units?

GamesBeat: Three to five. We’re including the low cost units.

GamesBeat: No, these $10 Google Cardboard units.

Mahoney: But is that the real experience? I think everybody in this room will probably own a $350 Oculus or equivalent as soon as they can get their hands on one. I know I will. But that takes a while to get to the actual numbers where it becomes a consumer device. It’ll take time to get there. It just seems early for us. Even though every day there’s an email, every day there’s a discussion at some panel about VR.

From a games art perspective, the question I keep asking is, where’s the game? I would like to see a game. I use it and I’m blown away by what I see. It’s everything that everybody says. But I still go back to—The reason I keep playing a game for 40, 50, 100 hours, 200 hours is because I love the game. I can envision some things happening.

You also have to remember that when you put on a VR headset, you’re literally shutting out the rest of the world. It cuts you off. It’s the opposite of the mobile phone opportunity. It’s not accessible. It’s definitionally inaccessible for the people around you. It cuts you off from the outside world. I don’t even know where my Red Bull is when I’m playing a first-person shooter. That’s sort of an issue.

GamesBeat: eSports. You’re living part of the time in the land of esports.

Mahoney: Korea is absolutely where we were founded. It’s the place for esports. We have the Nexon arena. This is the future of eSports. Nexon arena seats 550 people in downtown Gundan, which if anybody’s ever been there, they know it’s the party area. We do 300 events a year in this arena. It’s huge. It’s broadcast on TV. It’s a big deal. I’m a big believer in that. It hasn’t quite hit here in that way. I was at the Hearthstone semifinals yesterday. It’s not quite as big here as it is there. But I believe that the future is big. I’m very excited about it. 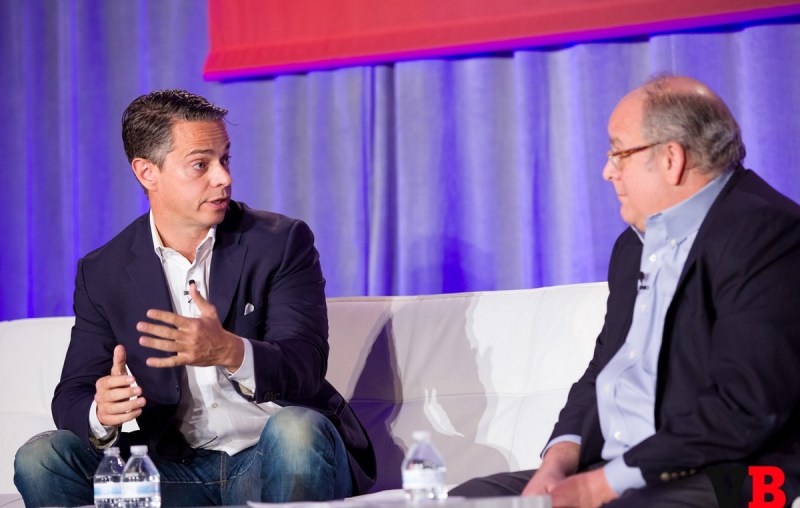