One of the five types of advancement you can do in Need for Speed is based on how much you add to your cars (in terms of parts) and how well you use tools like nitrous on the street. Leveling up in that area gives you access to more parts to add to your rides. This much customization is a good thing, since you can only have five vehicles at a time.

Customization for how your cars look reminded me a lot of Forza, though I would have liked more paint options in terms of fade and multitone. Decal options and the tools to distort and modify them were both numerous and easy to use. 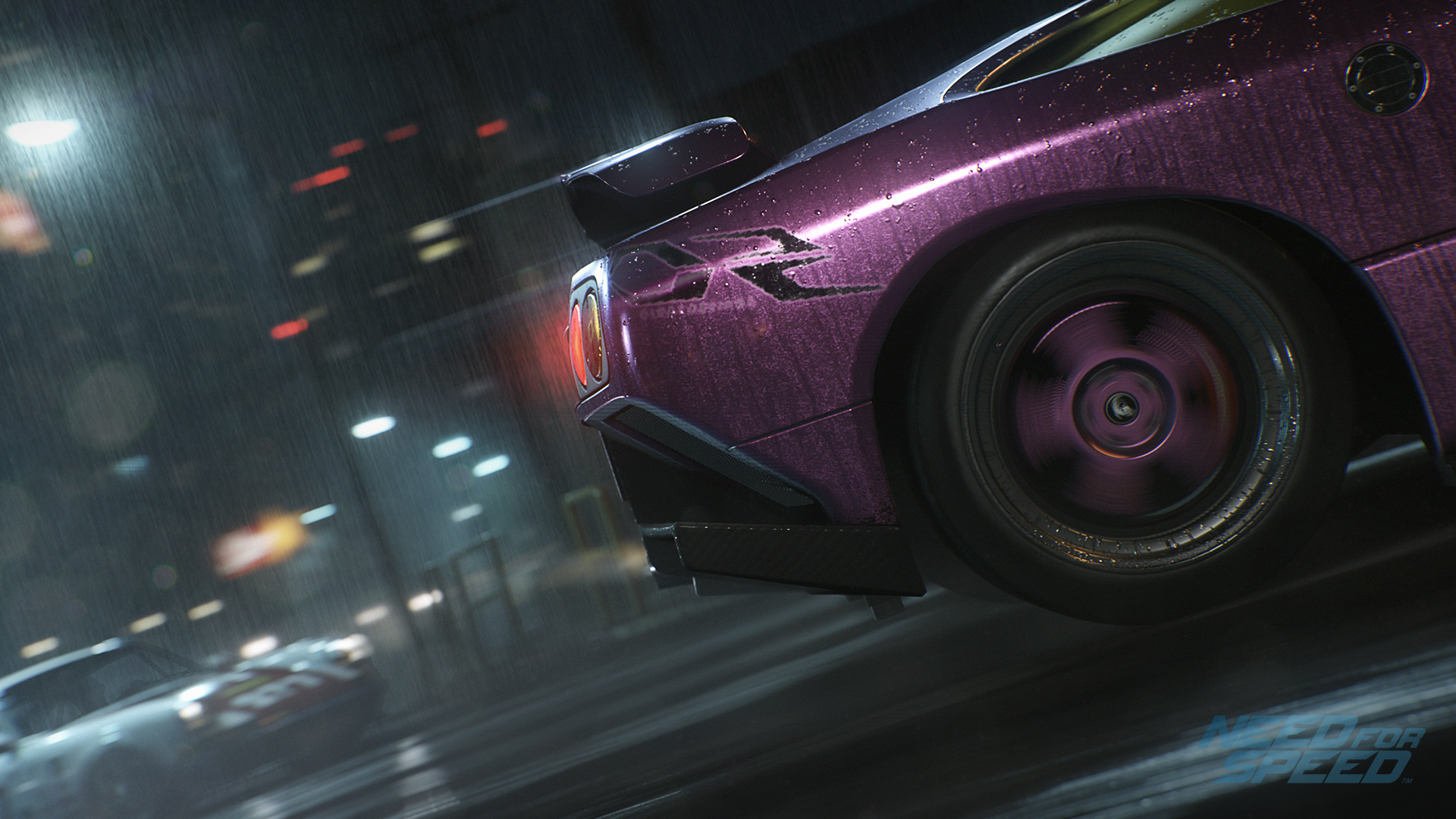 Above: Zoooooooom goes the Lambo. (His owner likes purple, too.)

Car game lovers fall into two camps: realistic drivers and arcade drivers. For the Arcade folk, Need for Speed is definitely for you. At first, I thought the handling was just horrifically awful, like some other recent arcade titles (The Crew, for example). But the addition of performance parts really did make a huge difference in how my cars hugged the road.

After that, just driving around became a lot of fun, figuring out how to whoosh by innocent vehicles inches away, do 180-degree turns with the handbrake to elude the cops down a wrong-way exit ramp, drift and donut like a madwoman, and make the windy turns up in the hills of Ventura Bay. It reminded me of some of the older Project Gotham Racing games, something like PGR4, which I’ve often thought had some of the best arcade-style driving on the virtual road. (Yes, PGR4. Don’t judge me.)

In short: If you like arcade driving and don’t like the way your car handles in Need for Speed, swap cars or swap parts until you get what you like. 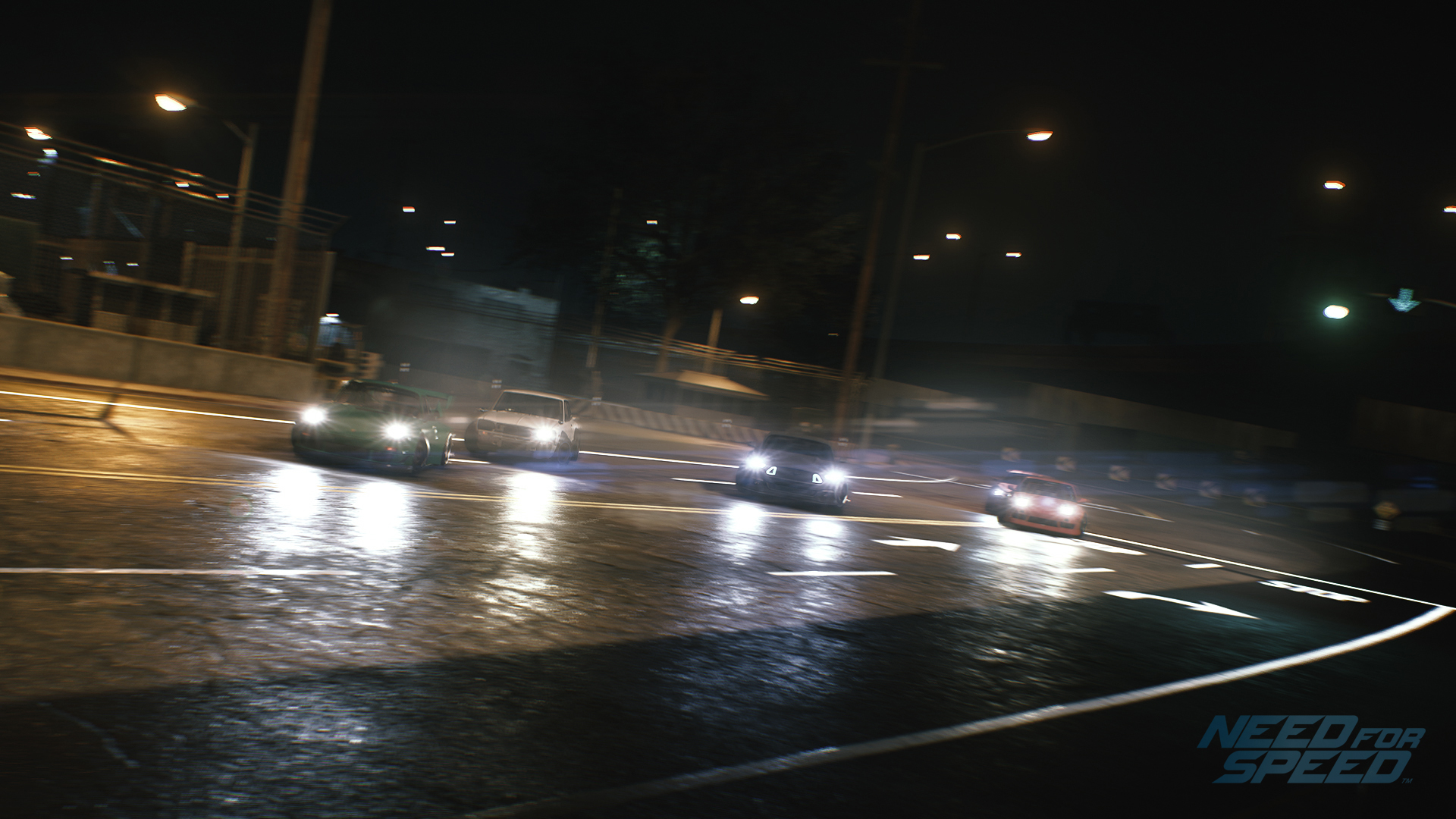 Above: This looks like a fair race, doesn’t it? Think again.

Most of your contests in Need for Speed will be against other NPC driving opponents or NPC police officers. You can’t play the police this time around; they’re always there to dog your tail. Unfortunately, the A.I. controlling both sets of opponents felt far from fair. I saw cars spin out, literally get forced down a wrong side street, or lag far behind me — only to be right on my butt a moment later, passing me the second I failed at perfectly braking a turn.

Cops who were well out of sight during the cooldown from a chase (in which you have to hide while a timer runs out, based on how badly they want to catch you) suddenly determined where I was from blocks away. I passed stationary police and opponents going well over 100 mph and had them on my quarter panel moments later. And so on.

Unfair A.I. is not the same as hard A.I., where the fictional drivers are just better than you at picking lines, drafting, drifting, and controlling their vehicles. It’s far more frustrating. 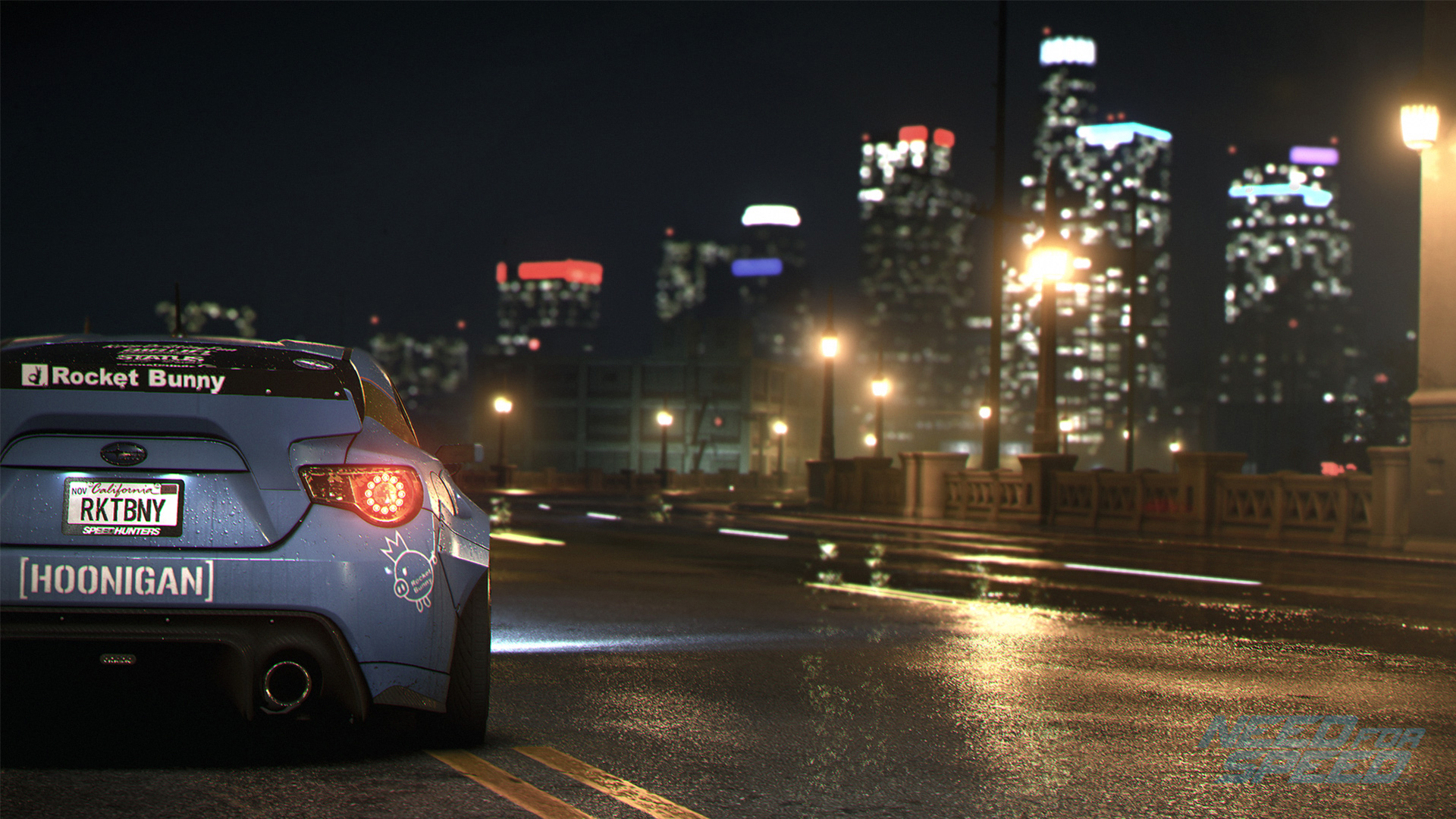 Above: Your mission is down there … somewhere. Maybe Ken Block here can offer you directions.

I’m so far, so far away from you

Ventura Bay offers a vast network of streets and freeways, and in some ways, that makes it a truly awesome place to drive. I spent the first half hour I played the game doing nothing but circling the city, getting the feel for my little Civic and seeing just how fast I could go and the things I could see. Freeways offer truly long stretches of straightaways where you can get up to fabulous speeds, until if you strike a glancing blow on another car or object you’ll force a damage restart (which places you roughly at the same location, but at a standstill.)

But when you’re trying to find the missions — which typically pop up incredibly far from where you are — it leaves you with a few mildly frustrating choices.

You could pop there immediately, teleporting using your map. But in a free-roaming world like Need for Speed’s, that feels like cheating and a wasted opportunity. You could ask the game to plot a route on your minimap, which feels a little like James Bond asking his Aston Martin’s GPS for directions. Or you can try to find an organic route to where you need to go.

That last is nearly impossible, I discovered quickly, because it frankly doesn’t have many routes from here to there. Freeways offer the only links between some parts of the city, and it’s not immediately clear which you should take to get there if you haven’t wimped out and asked for help. So you can drive around for a half-hour trying to find a route to a mission before you break down and do the equivalent of asking Siri for a hand. 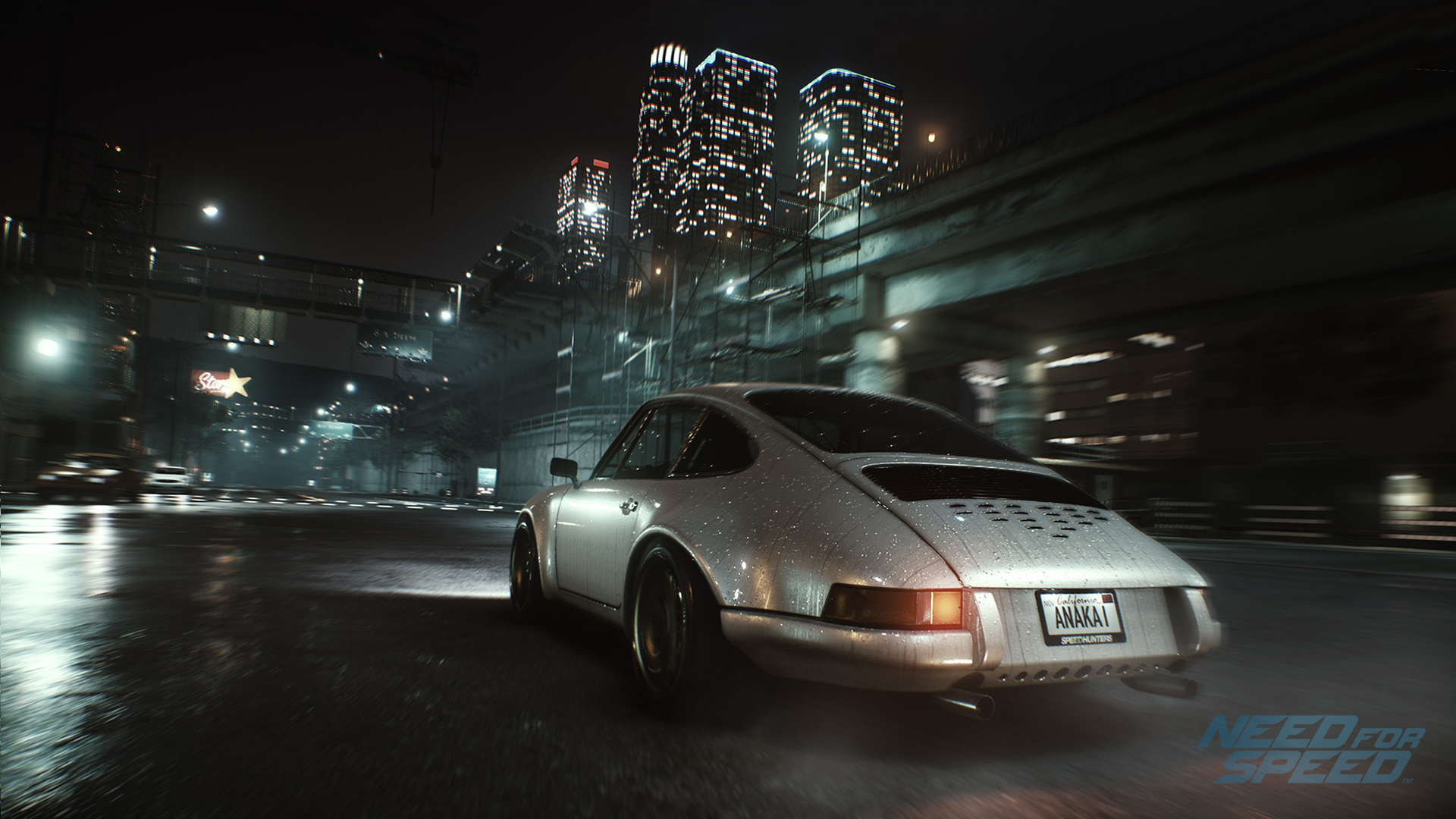 Above: You’ll spend most of Need for Speed competing against computerized opponents, like Akira Nakai in his souped-up Porsche.

Always online, but not always for a reason

Need for Speed forces you to always link up online, and in a truly obnoxious way. You have to maintain an online connection at all times, so my solo games were interrupted repeatedly as prerelease servers went up and down and up again.

Even worse, Electronic Arts forces you to connect your Xbox account with an Origin/EA account, including providing your birth date and email address. My Xbox thinks I was born on New Year’s Day in 1930 (git offa mah lawn!), and I already have an Origin account due to game reviews, but still. I’m not a privacy nut, but even I think that’s creepy.

In addition, as I said earlier, you’ll spend a huge amount of your time working on solo missions that never involve another player — but they will always be in your game. And by “in your game,” I mean able to deliberately troll you by smashing into your car, interfering with your missions, repeatedly challenging you to races, and a host of other interruptions.

(It’s worth noting that you can challenge other cars to races if you get close enough, but not to a drag race — as far as I can tell, those don’t exist in the game at all, unless you choose to manually simulate one with a friend by challenging them to a race and then both stopping to line up.)