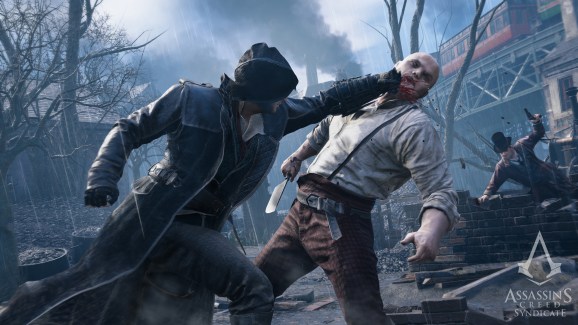 Gamers were definitely wary of this year’s Assassin’s Creed.

Speaking during an investment call today, Ubisoft president and chief executive officer Yves Guillemot revealed that first week sales of Assassin’s Creed: Syndicate were down when compared with Unity last year (platform-to-platform). However, second week sales were up. These comparisons figure in both digital and physical.  However, Ubisoft did not give specific numbers. Syndicate came out on October 23 for PlayStation 4, Xbox One, and PC.

This shows that many fans likely held off on immediately purchasing Syndicate, fearing a buggy and broken experience like Unity. However, word of mouth helped Syndicate rebound.

Guillemot noted that Assassin’s Creed IV: Black Flag was 50 percent below Assassin’s Creed III in its first week, but after three years, its total sales were ahead. Black Flag received a bigger positive reaction from fans and critics. Ubisoft is likely hoping that Syndicate will also have a healthy life at retail, while Unity seems doomed to “black sheep” status in its franchise.