Cloud storage company Dropbox today announced the launch of Dropbox Enterprise, a tier of service that builds on Dropbox Business and is obviously geared toward the biggest businesses.

Rob Baesman, head of product for Dropbox Business, announced the news at the Dropbox Open customer conference in San Francisco.

Perhaps the most exciting part of the new Dropbox Enterprise is the Collaboration Insights feature. It can generate reports that show external sharing with various kinds of people, such as suppliers, partners, and customers. 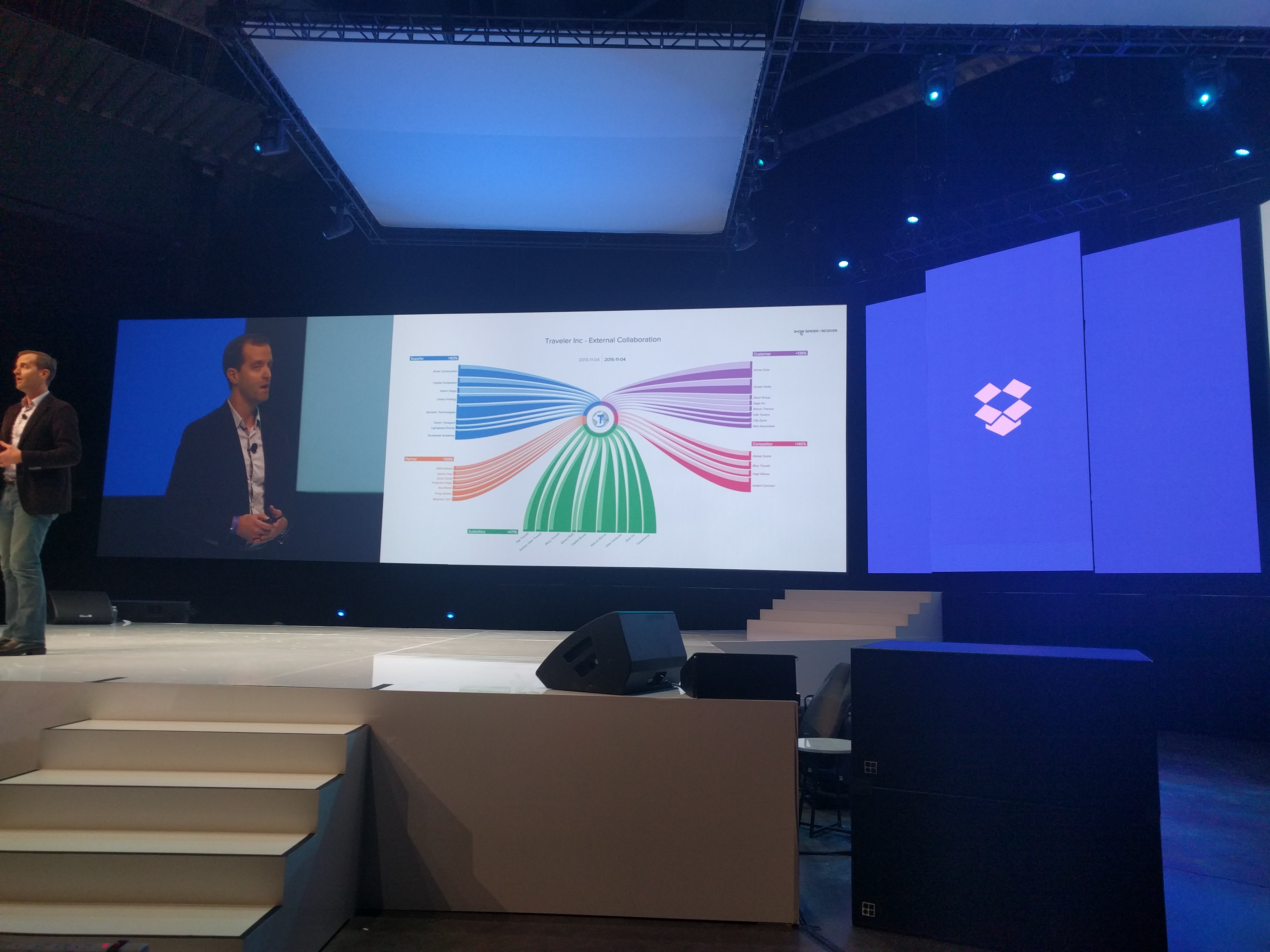 Above: The new Collaboration Insights feature in Dropbox Enterprise.

The company today announced that it had more than 150,000 business customers.

Dropbox today made a few other announcements demonstrating its commitment to getting more extensive usage inside of enterprises.

Dropbox is also fleshing out its Dropbox Partner Network. Going forward the company will offer more training and support to partners, and it will invest in co-marketing and promoting partner applications in an app showcase, Woodside said.

And Dropbox is also moving over a major enterprise hurdle: HIPAA compliance. That’s something competitor Box added back in 2013.

A company blog post has more on Dropbox Enterprise.