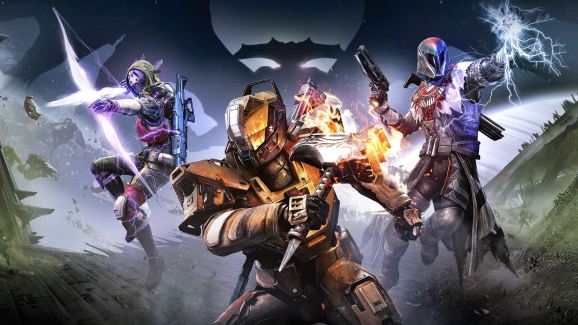 Once more into the wallet.

Even though the community feared the new currency would damage the gaming experience, the sci-fi shooter game Destiny’s microtransactions are off to a good start on PlayStation consoles. The new Silver currency, which players use to buy dancing animations called emotes, hit the top five rankings for the PlayStation Store’s list of paid add-ons last Friday.

According to the PlayStation Store’s site, the 2,000 and 1,000 Silver packages that respectively cost $19.99 and $9.99 are in second and third place, right behind Destiny: The Taken King, an expansion that publisher Activision released in September. The cheapest package, which offers 500 Silver for $4.99, is No. 10.

Digital spending on games has increasingly grown over the years. In September 2015, worldwide digital sales $5.4 billion, increasing 11 percent since last year according to SuperData Research. The report further explained digital consoles alone saw an increase of 29 percent, showing most of the growth came from existing players buying full games digitally.

The successful launch of Silver validates publisher Activision’s digital strategy. The company introduced the in-game currency in Destiny, one of its most popular games, in mid-October so players can buy emotes with money in the in-game store, Eververse Trading Company.

SuperData Research CEO Joost Van Dreunen said the results show that Activision has found a good way to introduce and profit from microtransactions.

“[Destiny] is one of the biggest titles of the year and the fact that [microtransactions are] working well for a group of customers and a group of players, tells you also that the industry as a whole and consumers are shifting preferences,” Van Dreunen said.

When Silver first arrived at “The Tower,” the virtual social hangout for Destiny players, the game’s community worried that these microtransactions might influence gameplay and level progression. A couple of weeks ago, these concerns grew thanks to false rumors stating that items available for purchase could boost character progression and loot drops in raids and other activities. Luke Smith, Destiny’s director, sent out a tweet reassuring players this was untrue.

But the strong sales less than a month later show how much the players have taken to the idea.

Destiny itself is one of Activision’s best-selling games. Since the Bungie-developed shooter launched in September 2014, the game rose to No. 2 in worldwide revenues for consoles, right behind FIFA 16, according to SuperData Research.

Van Dreunen said the publisher picked the right game to experiment with microtransactions, as Destiny is all about collecting items, gear, and weapons. Introducing a currency that allows players to have access to exclusive content almost forces fans to pay for in-game content.

In October, Bungie introduced a special Halloween event, Festival of the Lost, giving players a chance to collect masks of iconic Destiny characters throughout various quests. The Eververse Trading Company also sold treasure chests that gave players a chance to win these masks and some new Halloween-themed emotes.

Whether or not the Eververse Trading Company in-game store will someday sell more than emotes or special event items is uncertain. But Bobby Kotick, the CEO of Activision Blizzard, said in an earnings call Tuesday that microtransactions and paid expansions are selling well.

“I think they’re already co-existing,” Kotick said in response to an analyst’s question. “We had a full year of expansions to the game that have been very well received and sold quite well. And more recently, you’ve seen us introduce smaller in-game purchases that allow people to customize their experience and express themselves.”