Programmatic advertising — in which exchanges match ads with predefined audiences — has become dominant in web advertising, and the approach is now migrating to TV.

Right now, for the most part, brands work through an agency to buy TV advertising in large chunks. Very little targeting is done, and the focus is on volume. Nor is there much science behind traditional methods of determining who saw the ads and how often.

There was a time when web publishers made their less-desirable ad inventory available to the exchanges, but it soon became apparent that data-driven placement was the most cost-effective way of putting the right content in front of the right people at the right time.

And this idea is beginning to prove out in the TV world, as well. That was one of the key messages at a panel on TV programmatic advertising at the ad:tech conference happening in New York City this week.

The advent of digital video distribution has made it possible to transform TV from a mono-directional to a bi-directional communication medium. In other words, broadcasters can now learn a lot about the demographics and personal information of people seeing TV ads.

They can also use data to target different ads to different demographic segments in order to increase impressions or engagement.

Dish Network recently began testing its own programmatic ad marketplace, which it says will use 80 data points to target specific ads to specific viewers on an “impression by impression” basis. Advertisers will bid on the impressions via the buy-side trading desks TubeMogul, Rocket Fuel, and DataXu. 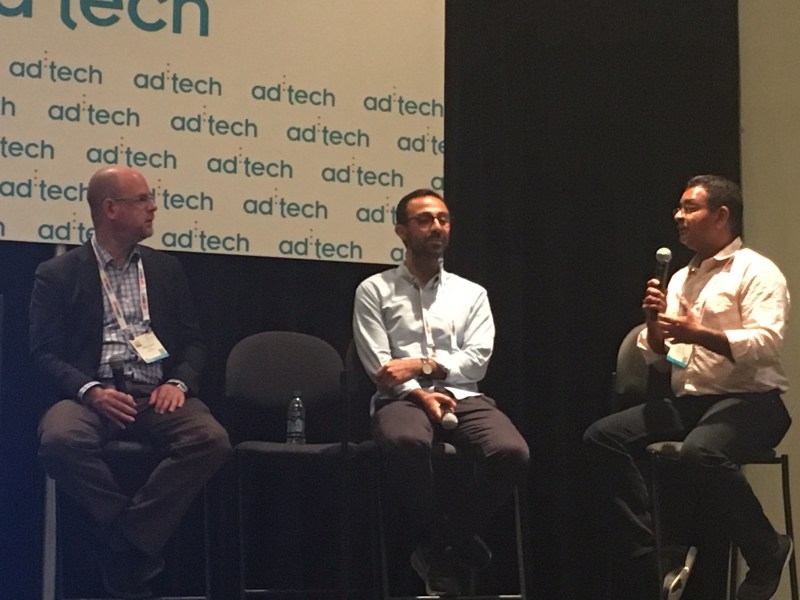 Other broadcasters are experimenting with creating packages of unused local and national advertising slots and selling them off through programmatic ad exchanges, said Sorosh Tavakoli, VP of ad tech at Ooyala. Ooyala provides the technology linkages (“the tubes,” as he calls them) between advertisers and broadcasters that are needed to facilitate programmatic ad buying and selling.

Foundation Capital’s Ashu Garg said the targeting ability is the main reason advertisers are gravitating toward a programmatic strategy in TV, but placing ads programmatically is also more efficient.

Garg sits on the board of TubeMogul, the largest buy-side exchange for programmatic video advertising. TubeMogul held a $75 million IPO in March 2014.

Programmatic advertising for TV is still in its early days. Monte Zweben, interim CEO of RocketFuel, recently said that only four percent of TV advertising budgets will go to programmatic this year.

However, some in the space believe that programmatic advertising will prove out and flourish in the TV market as fast or faster than it did in the web advertising business.