RealNetworks announced that it has formed a deal with Verizon that will see its RealTimes video app integrated into the carrier’s cloud storage service. Starting today, Verizon customers who store their photos in the cloud will find their best memories turned into a visual “story.”

Released in May, RealTimes is RealNetworks’ attempt to reimagine the photo storage space, and bears striking similarities to capabilities provided by Google Photos and others. For example, it automatically turns the best photos and videos (those that are not blurry and have useful metadata) into slideshow montages. But RealNetworks chief executive Rob Glaser told VentureBeat that the service is actually much different — mostly because it’s not Google.

“Google is a company that will put ads against your photos and use it to target on advertising,” he explained. “People don’t want Google to be the holder of their information around personal memories.” Another key difference is that RealTimes automatically proposes stories, while Google Photos offers more of a manual process. 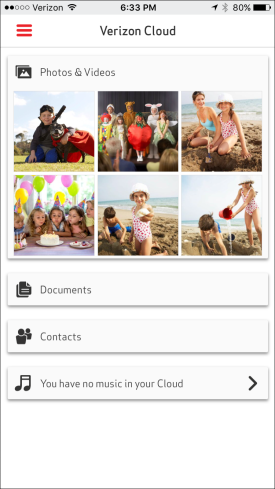 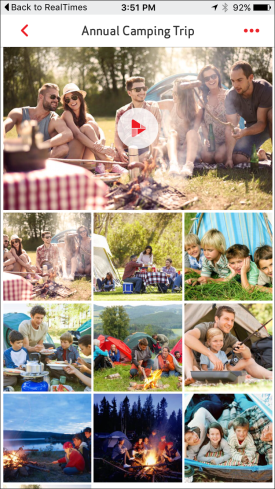 With this integration, when Verizon customers access their photos and videos in the carrier’s cloud app, RealTimes’ technology will instantly propose stories that can be shared across social media, email, and by text messaging. If further editing — such as adding music, text, filtering, etc — is needed, users can tap on a link in the Verizon Cloud app to quickly access the stand-alone RealTimes app (exactly the same way you access Messenger from within the Facebook app).

Glaser said that this deal was struck in order to take things to the next level, mostly in terms of gaining more users. “In the modern era, customer acquisitions are expensive,” he noted. To remedy the situation, RealNetworks opted to go with a company that already had a decent amount of distribution. Verizon’s Cloud app, with its 30 million users, presented a good opportunity to help both companies — Verizon would see more usage of its app while RealNetworks could gain greater adoption and potential revenue from new customers. 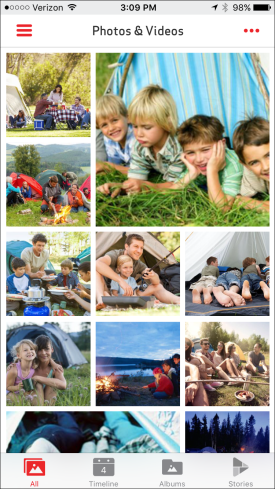 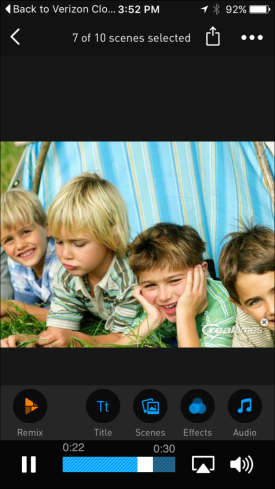 Those customers who already have RealTimes on their phone will not have to do anything, but for Verizon Cloud’s users, the app may not have the latest functionality right away — it’s slowly rolling out, starting today.

Glaser said that his company currently only has plans to work with Verizon in the U.S., but is “working actively and having conversations with Tier 1 carriers” across three continents in an effort to deploy RealNetworks’ strategy globally.

Although he declined to comment on specific payment plans between Verizon and RealNetworks, Glaser acknowledged that the more people use RealTime stories, the better Verizon views the deal, implying there is some financial benefit on the backend.

Ultimately, RealNetworks wants help people get more mileage out of the photos and videos that they take. We snap photos all the time and, while we may post at least one to a social network, we tend to forget about them, knowing they are backed up in a cloud. But RealTimes hopes to create stories that could re-engage us with those photos and help us relive those memories.