Virtual reality is slowly pushing film into an evolutionary split. To one side are the traditional linear narrative techniques. To the other sits the multipath nature of interactivity. Interlude, a content producer and creative tools provider, is developing techniques to try to make the transition between the two worlds a little easier.

And Samsung sees value in how Interlude is making that transition possible.

In a discussion with Jim Spare, the chief operating officer of Interlude, he announced that Samsung has made a significant investment in the privately held company. “They are not investing as a part of a specific round, but they have made an independent investment that enables them to hold equity and participate in our success, and join our existing base of investors in supporting the growth of our company,” Spare said.

Neither Samsung or Interlude would disclose the amount invested.

Interlude is a company that provides tools and produces content that uses a branching-path style of video interactivity. The concept is a bit like the Choose Your Own Adventure series of books, in that the viewer can watch a film’s story play out up to a certain point. They then must make a decision on what a character will do next. The outcome will shape the narrative of the story from that point forward.

“It’s a new form of digital media,” said Spare. “As we look at the ways video has evolved over the years, the video today is still much like its broadcast ancestor. You press play, watch a video, and when it’s done you might get something to click on for interaction … but the video itself is still this big monolithic piece that plays from start to end. Yet the rest of the Internet and the world is interactive and captivating.” Above: Dirk the Daring starred in one of the first interactive branching video narratives: Dragon’s Lair

Although Interlude is trying to find a creative solution to the static nature of traditional video, its concept doesn’t seem entirely new. Don Bluth, the famous American animator, could be considered a pioneer of the interactive video idea, with his Dragon’s Lair and Space Ace arcade games from the ’80s. Digital Pictures, a major developer during the game industry’s short-lived love affair with full motion video in the ’90s, also played around with the idea. In fact, Digital Picture’s most infamous game, Night Trap, was originally a prototype for Hasbro’s Control-Vision (code-named Nemo), a canceled console system that used VHS tapes and revolved around the concept of branching narrative video. Although there have been many attempts, no one up to this point has exactly mastered the idea.

Spare definitely understands that they haven’t invented the wheel, but he sees an opportunity for improvement: “This is a new form of streaming media we’re pioneering. Of course, we’re not the first to have the idea where you, as the viewer, can control the experience, but we’re the first that has been able to do this with full motion, live action video delivered in a streaming format online.”

This is a style of narrative that could play into something Samsung is really digging into: virtual reality.

It’s important to keep in mind here that, although people tend to focus on the gaming end of virtual reality, on the other end of the creative spectrum there are artists working on a much more traditional video component of the medium. Film makers have been spending the past few years trying to work out how to transition from the 2D canvas of the big screen to the 360-degree projection of virtual reality without turning to video game development. Spare digs how Samsung’s interest in Interlude is much broader than virtual reality. “They really love what we’re doing, and they feel that now is the right time for an evolution in video media,” he said. “As one of the world’s largest manufacturers of smartphones, smart TVs, and now VR devices — they are interested in helping to accelerate production of great technologies that allow new forms of content to shine on those devices.”

But a large component of that has to be their virtual reality devices.

“They’ve invested generally across all of the devices,” Spare said. “However, I can say that both sides are keenly invested, by the implications of our technology, in VR. If you look at many of the experiences in VR today, particularly live action, there are experiences where you, as the viewer, are put into a scenario where you can look around in 360 degrees, but you can’t really explore that experience outside of the linear path the director shot.

“And so, when you apply our technology to VR, then you, as the viewer, can choose where to take that experience. If I am in a VR experience and running through a meadow, I may decide to either go to the forest or down by the stream. Interlude technology allows those types of decisions and that sort of branching in a VR experience.”

Interlude isn’t just a toolsmith, either, but a content producer as well. As Spare explained, “We’re creating that technical innovation, with great creative expertise that we generate from within the company, as well as external creators, to deliver really compelling experiences to the viewer, which enables viewers to control the experience.” 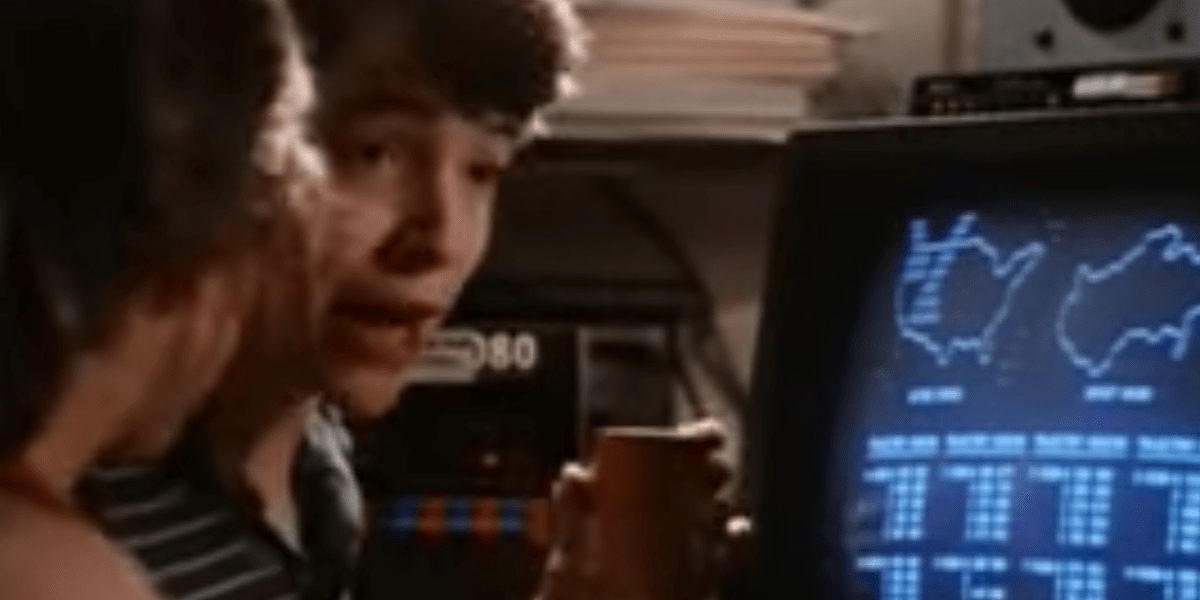 Above: So if I nuke a continent, you’ll consider seeing me? Done!

One of those external creators is MGM Studios, who is working with Interlude on an interactive version of the ’80s cult classic, WarGames. The original film featured a young Matthew Broderick as an innocent teenage hacker who, while showing off to his girlfriend, accidentally trips America’s nuclear defense systems and almost kicks off worldwide annihilation with the Soviet Union. This interactive digital remake is currently scheduled to debut sometime in early 2016.

The tools that Interlude has developed, in order to create interactive experiences like the upcoming WarGames feature, have been developed under HTML5 and are available on the company’s website. Spare details how the tools work.

“The creator will develop a tree, or flow chart, for the narrative that they are creating. In some cases, these can be parallel stories that have various interactive points between them,” he said. “It can be kind of like a Choose Your Own Adventure structure, where depending on the choices the viewer makes, they can have an effect on the story being told. These structures can hide Easter egg content, or portals, which when chosen can send you down a secret path. There are literally thousands of different creative treatments that you can do when video becomes explorable.

“So using our tools, you can create the tree that dictates how consumers can explore a story or narrative, and as with any video production, you create a shot list, shoot the different pieces of the story, then our software seamlessly connects all of these pieces together.”